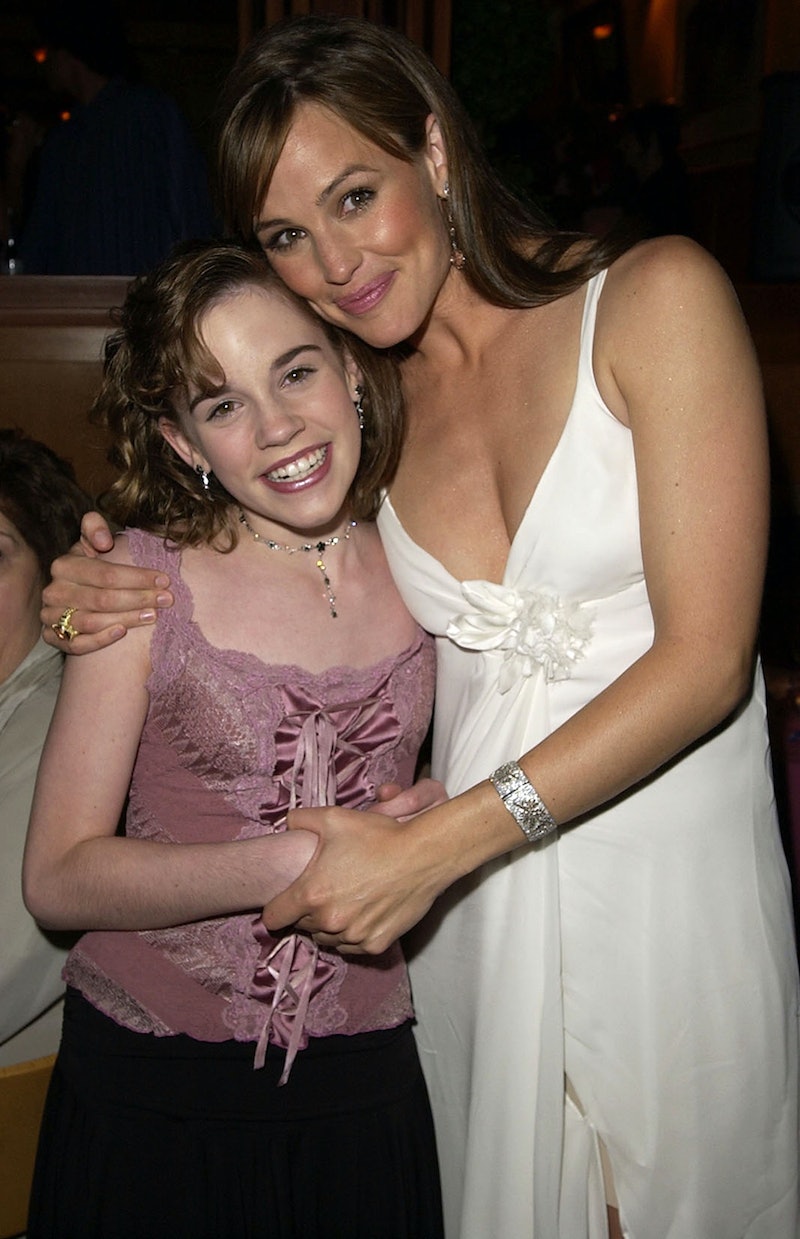 The teenage girl from 13 Going On 30 is all grown up, and she shared a new nostalgic video to prove it. Young Jenna Rink herself, Christa Allen, recreated Jennifer Garner's 13 Going On 30 scene as an adult, which will make you feel both ancient and in awe of how far she's come. The classic 2004 film sees a 13-year-old Jenna make a wish to become an adult quickly, which comes true when she wakes up the next morning as her 30-year-old self.

For Halloween, Allen dressed as the adult version of the iconic character, but she went a step further than just donning a costume. Allen recreated the famous scene where Jenna explored her new closet and got ready for her first night out as an adult. "Jenna Rink forever," she captioned the Instagram video. Just like Jenna, Allen experimented with makeup for the first time and gawked at her grown-up wardrobe before modeling her new look for the camera. And yes, Whitney Houston's "I Wanna Dance With Somebody" was playing in the background.

After sharing the video, many Instagram users said they legitimately thought that Garner was part of it, noting how much Allen still resembles the actor to this day. One follower even commented on how similar Allen's dress was to the Versace number Garner wore in the film. "It's a recreation of the Versace dress!" she replied. "I found it on Etsy."

To her credit, 13 Going On 30 wasn't the last time that Allen portrayed a young Garner. Five years later, she played the teenage version of Garner's character Jenny Perotti in the 2009 film Ghosts of Girlfriends Past. Ironically, Allen is just one year away from being 30, flirty, and thriving herself. She'll officially reach the milestone in November 2021, making it the perfect time to embrace her role in the legendary rom-com.

In 2019, Allen told TODAY that she still gets recognized for her 13 Going On 30 role, despite her drastically maturing since its release. "I think because it meant so much to so many people, and it was just such a beloved film, that people are all so excited to see a person that was part of that zeitgeisty moment in the flesh," she said. "People always quote back '30 and flirty, and thriving.' I can't wait for that to be the theme of my 30th birthday."

More like this
All The Sneaky Lindsay Lohan Movie Easter Eggs In Her New Ad, Explained
By Stephanie Topacio Long
Alicia Silverstone Has Recreated An Iconic 'Clueless' Scene
By Frances Stewart
Anne Hathaway’s ‘The Devil Wears Prada’ Anniversary Post Turned Political
By Brad Witter
The 'Hocus Pocus' Sequel Finally Has A Release Date & It Makes Total Sense
By Shannon Barbour and Radhika Menon
Get Even More From Bustle — Sign Up For The Newsletter