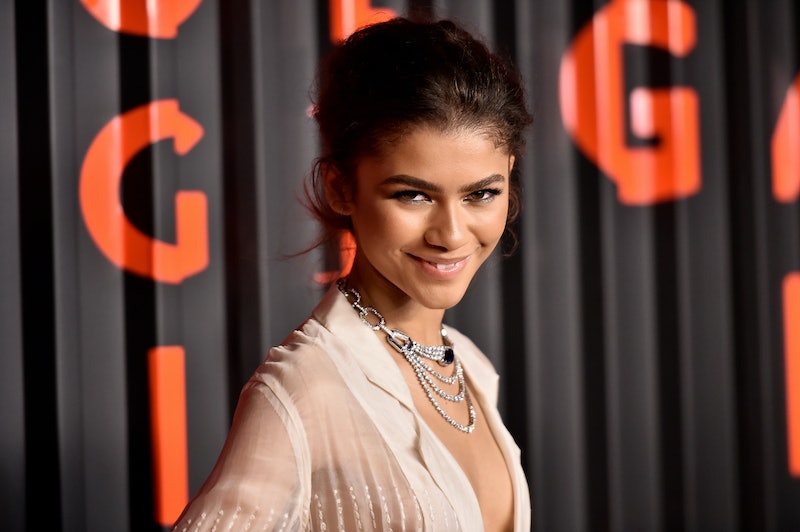 Zendaya made history as the youngest actor to be nominated for Outstanding Lead Actress in a Drama Series at the Emmys, but that wasn't the only record she broke at the awards show. Zendaya went on to win her first Emmy for Euphoria, giving hope to young people everywhere with her acceptance speech.

The 24-year-old actor won for her performance as Rue Bennett on the hit HBO series, beating out competitors Jennifer Aniston, Sandra Oh, Olivia Colman, Laura Linney, and Jodie Comer, who won the award last year for Killing Eve and became the youngest actor to win in the category at the age of 26. Zendaya began her speech by thanking her co-stars and series creator Sam Levinson. “I appreciate you so much, you’re my family,” she said. “I’m so grateful for Rue. I’m so grateful that you trusted me with your story.”

She went on to remind everyone about the power of young people — acknowledging that the portrayals of the teenagers on Euphoria, who confront heavy topics like drug misuse and sexual assault, don't always reflect that. "I just want to say that there is hope in the young people out there," she said. "I know that our TV show doesn’t always feel like a great example of that, but there is hope in the young people. And I just want to say to all my peers out there doing the work in the streets, I see you, I admire you, I thank you.”

Although there was probably nobody happier than Zendaya's family when she won, given how loudly they were cheering for her in the background of her acceptance speech, many celebrities were celebrating the actor's historic win online, including fellow Emmy nominees Kerry Washington and Ava DuVernay. Her Euphoria co-stars also joined in, with her onscreen little sister Storm Reid congratulating her "big sis."