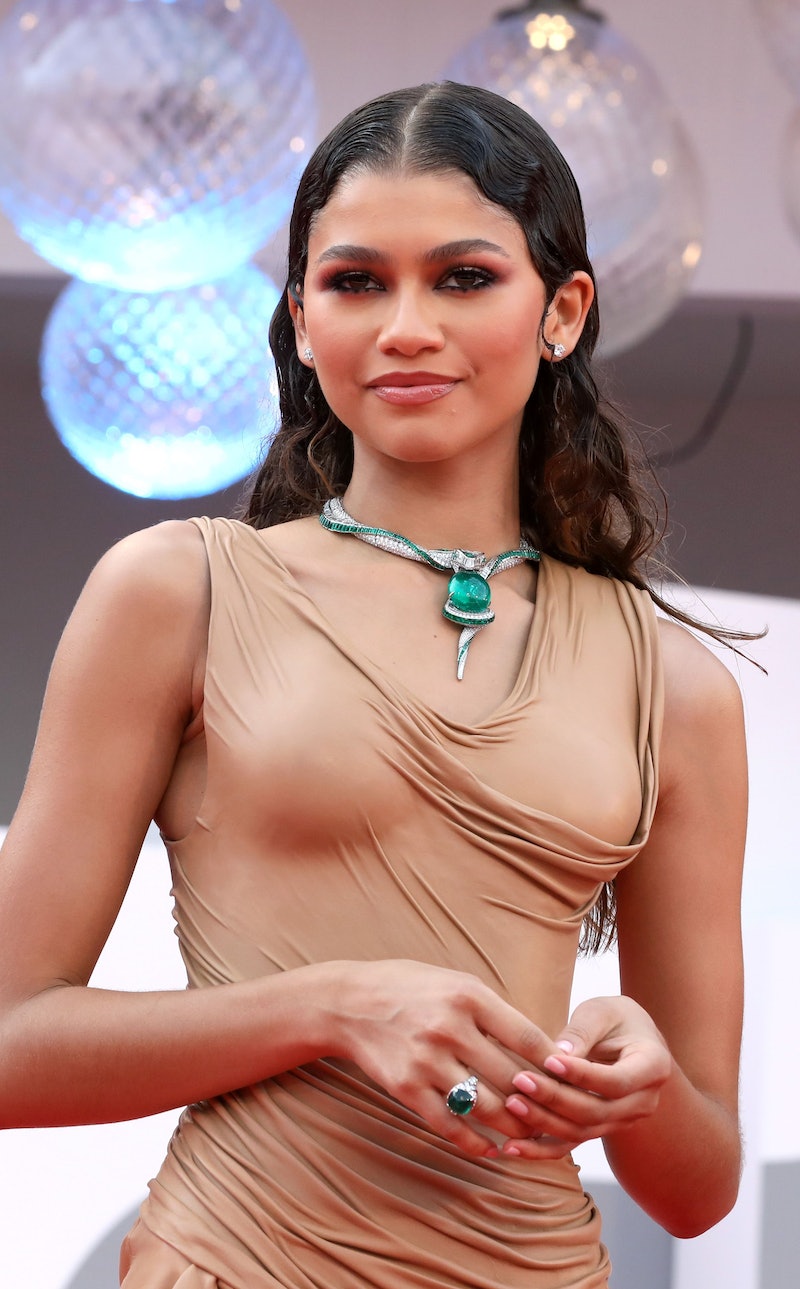 It’s hard to say what received a bigger reaction at the Venice International Film Festival on Friday, Sept. 3: the premiere of Dune or star Zendaya’s Balmain leather dress. While the Denis Villeneuve-directed film received an eight-minute standing ovation, the wet-looking gown was the talk of Twitter. Fans couldn’t get over the actor’s custom-made look and seemed both confused and appreciative in their tweets.

The Balmain Instagram account explained that Zendaya’s dress — which she wore with a 93-carat emerald necklace — was designed specifically for her by Olivier Rousteing. It was “crafted in sculpturally structured leather,” which required the team to use an exact model of her bust. “I am so proud of this dress,” Rousteing wrote in his own post. The Balmain creative director also described Zendaya as a “goddess” and thanked her for “showing our savoir-faire.”

Posting multiple times about Zendaya’s dress, Balmain showed the process of making it, including the initial sketch and the cast model, noting that Rousteing took “full advantage of the Balmain atelier and the house’s artisanal tradition.” The captions were full of praise for the actor, with one calling her “a sensation” and the other saying that she took “the 78th Annual Venice International Film Festival by storm in custom Balmain.”

Fans on Twitter clearly agreed. They shared their own praise for the Dune star and her latest look, with many of them expressing wonder at the wet appearance of the gown. “Balmain really went crazy,” one person tweeted. “How you make a dress look wet and dry at the same time lol?” Another also marveled at how her “dress looks wet,” adding that the star was “out there slaying” and “looks amazing.”

Other people didn’t have anything to say about the gown’s material — they just wanted it to be known that they thought it fit the star to perfection. “Zendaya’s dress is WOW,” one person tweeted. Meanwhile, another noted that they “can’t stop thinking about Zendaya in that Balmain dress,” and others added similar thoughts.

The wet dress had to be special. Zendaya is known for gorgeous looks, and even the outfits that fans don’t see on the red carpet are incredible. Law Roach, who styled her for the Dune premiere, posted a video of the star in a yet another stunning ensemble — this one a white Dion Lee gown — and captioned it, “The dress y’all didn’t see…..”

Despite all the attention Zendaya garnered at the premiere of Dune, she has said that her role in the movie is “very, very small.” Speaking to Empire, she said that she was only on set for four days and “did not want to leave.” Looking forward to the planned sequel, though, she shared that she “can’t wait to explore” her character further.