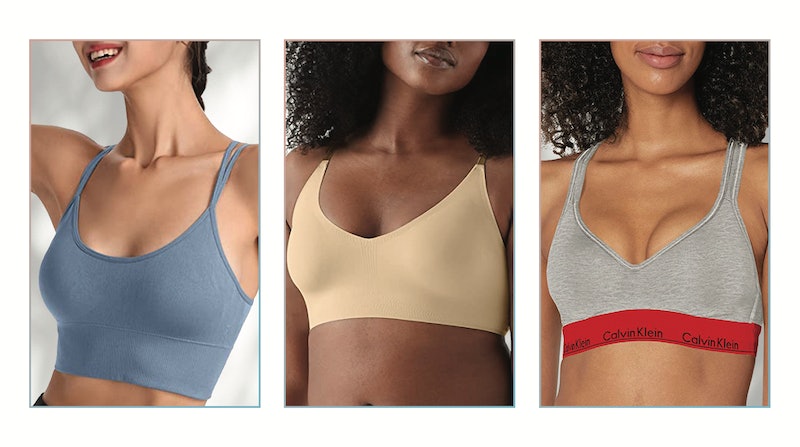 As popular as bralettes are, they're not without their critics. Yes, most of us can agree that these bras are adorable. But they also have a reputation for lacking some of the most basic (and functional) features many people count on, and those who want the best bralettes with padding, lining, or underwire have for far too long felt left out of one of the decade's most prominent lingerie trends.

When bralettes first became to market, they were unstructured, unlined, wireless bras that were probably reminiscent of the training bras many of us wore during our pre-pubescent years — only today's iterations are much sexier. Made from colorful, lacy, and often transparent materials, bralettes were usually designed to be pretty rather than super functional, and they were downright notorious for their lack of support. But bra companies have been getting better at adding bralettes that cater to a wider variety of needs, including bralettes that are supportive AF and even creating styles that feature padding.

If you've avoided bralettes because they don't like unlined or unpadded cups, you'll be happy to know that you can finally get all of the benefits of a padding with the comfort, ease, and style of a pullover or hook-and-eye closure bralette. Whether you're looking for a bralette you can wear everyday, or a fancier one for a special occasion, these 10 bralettes with padding will have you covered.