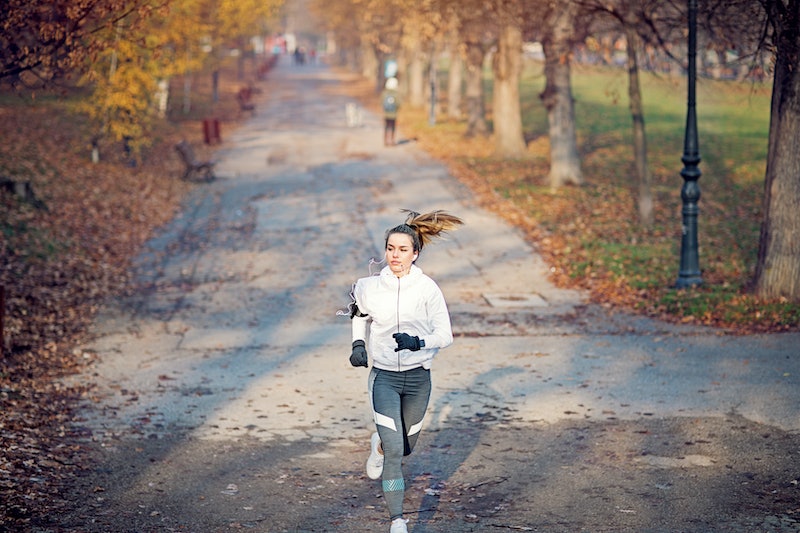 If you spend your whole work day staring at a computer screen, you might not have the energy to fight more blue light in order to catch up on the news, too. A convenient alternative to reading the news is listening to it, by making sure that your audio library is full of informative political podcasts. Making the most of a commute, walk, or coffee break with an insightful, condensed slice of political news is the key to staying informed — especially when you already feel like you don't have enough time or bandwidth to keep up.

When subscribing to political podcasts and adding them to your library, it's important to ensure that the source is responsible and well-researched. Sticking to major news stations is definitely a safe bet, but there are many niche political podcasts, hosted by smaller digital media companies and independent hosts that are also worth your storage space. When in doubt, do some research on the host of the podcast and check out some of their work to see if their political views or unbiased reporting jives with your listening standards — it's important to feel like you can trust that your host is a reliable narrator before subscribing.

Hosted by journalists Maria Hinojosa and Julio Ricardo Varela, this podcast takes a look at current events through the lens of race, and points out where major news stations fail at discussing race fairly and respectfully. This podcast expertly weaves culture into every political conversation, and represents those who are often left out of the narrative. Episodes are weekly and vary in time.

Pod is a Woman

The slogan of this podcast, "we don't just tell you what happened, we tell you why it matters," points to its value. When you're looking for a quick update, it's important that you not only get Cliff's notes of the news, but also the context that makes it relevant, and a host that takes the time to break it down for you. The NPR Politics Podcast is more than just a weekly roundup of the nation's political headlines; it's a commentary on those headlines delivered by a team of knowledgeable NPR's political reporters. They explain the story, giving background for those who aren't familiar, and then share their opinions and analysis. These weekly roundup episodes are roughly 30 minutes long and usually come out each Friday.

If you're tired of the divisive, partisan conversations that can make politics completely overwhelming, you're not alone. The ladies behind Pantsuit Politics, one left-leaning and one right-leaning, offer a respectful, well-rounded POV for listeners of all backgrounds and parties. Despite differing political beliefs, they find common ground, and they promise not to shout or throw insults back and forth, as per their tag line, "Let's disagree, with grace." New episodes usually come out every few days and last anywhere from 30 minutes to an hour.

In each episode, hosts Emily Bazelon, John Dickerson, and David Plot have a candid conversation about the most timely political stories, including debates, campaign news, and more. It's sometimes funny, sometimes heated, and always clever. New episodes come out regularly and tend to last about an hour.

A former radio host and all-around politics enthusiast, Dan Carlin admits that his podcast isn't for everyone. Common Sense is for the avid politico looking for a new take on current events. Carlin isn't necessarily interested in laying the background out for the political newbie, but rather delivering an opinionated, thought-provoking perspective. New episodes come out sporadically, so subscribe if you're OK with being surprised when a new episodes is available.

Host Brittany Packnett Cunningham is an activist, an educator, and a writer, which gives her a well-rounded political background that translates into a dynamic and accessible podcast for politicos of all degrees. This brand new weekly podcast looks at current events through the intersecting lenses of gender, race, and ability.

This podcast is an audio version of NBC's Sunday morning political talk show, Meet the Press — the network's longest running show which just celebrated a 70th birthday. The podcast features interviews with relevant government officials and candidates, as well as analysis from strategists and journalists. The show is hosted by Chuck Todd, NBC's resident expert on all things political. Todd asks candidates and officials the tough questions, letting listeners hear comments straight from the candidate or official, rather than as a reported story. Episodes come out on Sundays shortly after they air on television and last about 45 minutes.

More like this
How To Protect Your Digital Privacy If You Need An Abortion Post Roe v. Wade
By Kaitlyn Wylde
The Case For A Hard Launch Summer
By Morgan Sullivan
How To Add Music To An Instagram Post
By Emma Carey
How To Use The Crying Filter On Snapchat, TikTok, Instagram & More
By Emma Carey
Get Even More From Bustle — Sign Up For The Newsletter

This article was originally published on Dec. 21, 2015