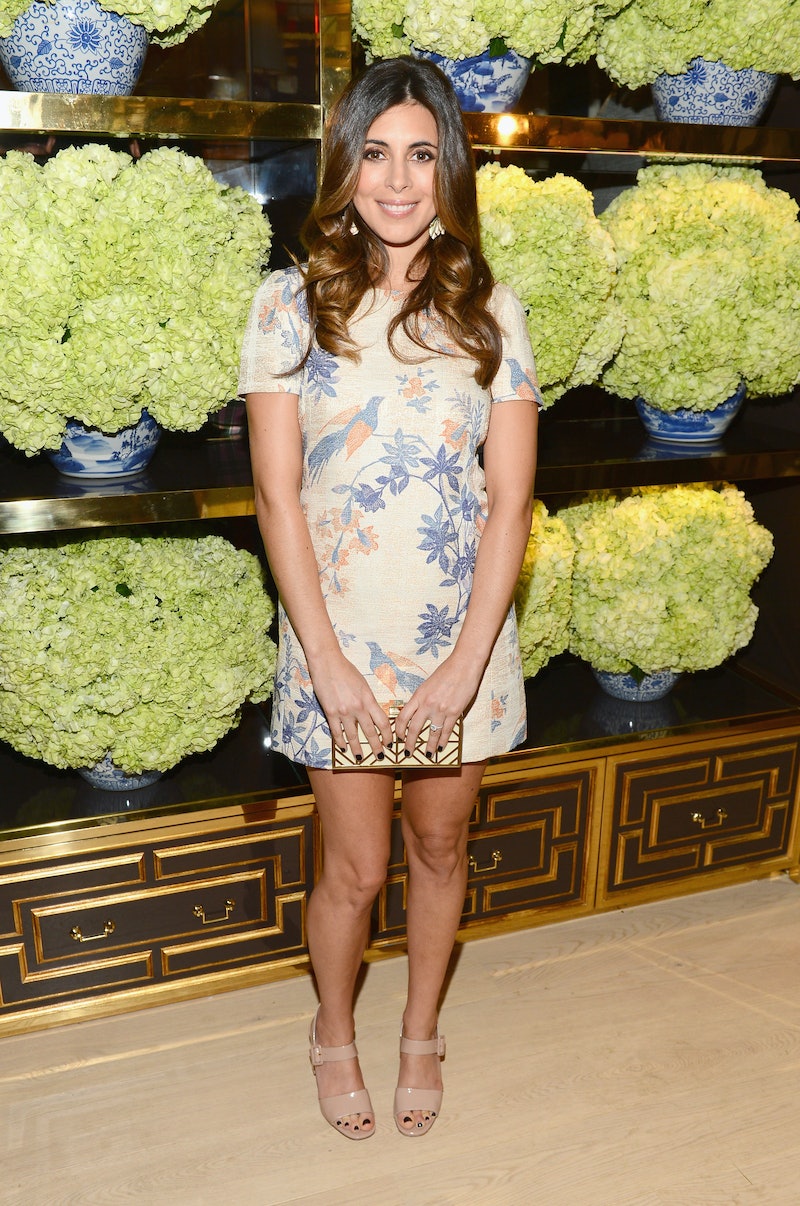 This past week, former The Sopranos star Jamie-Lynn Sigler revealed that she has multiple sclerosis, and has been living with the disease for fifteen years. In an interview with People, Sigler was frank about treatment, the way it has changed her body, her exercise routines, her work, and her family life. I was heartened by Sigler's frankness — I was diagnosed with MS two weeks after my 30th birthday, and I know that when you have an auto-immune disease, it changes everything, and telling other people can be scary. Sigler's openness has been welcomed, particularly by many of us who have MS (yay team!) — we could use more people like Sigler, who aren't afraid to be honest.

Honesty is especially important here, because there is still a lot of stigma attached to multiple sclerosis, and there can be a lot of misinformation about the disease in the media — from how it works to the ways it can be treated. The facts are that multiple sclerosis is an unpredictable auto-immune disease in which the body attacks itself. Each of these attacks is called a "relapse," whereby one or more nerves in the body is damaged, affecting bodily function and often causing permanent disability. While there is no cure for MS, and no one yet knows the cause of it, there are various disease-modifying drugs which can help stop the body from attacking itself. Treatment is just one of the many things Sigler discussed with People, and as a person with a chronic illness, it was exciting to me to see a famous person open up and put themselves out there like this.

In standing up for herself and others with the disease, Jamie-Lynn Sigler has helped people living with MS all over the world. Here are 6 MS truths that Sigler spoke about — and how they inspired me.

1. There Are So Many Different Treatments, It May Take A While To Find The Right One

While there is no cure for MS, there are many treatments available to people with most forms of the disease. Sigler detailed the number of treatments she has tried since her symptoms started, and People noted, "While MS has no cure, Sigler has 'run the gamut' with MS drugs including injections and infusions and now takes the twice-daily pill Tecfidera, which has kept her symptoms stable for the past six years." Tecfidera is a disease-modifying drug (DMD) which has been proven to lower the relapse rate of MS by around 50 percent.

While Sigler's treatment is taken in tablet form, the DMD I'm on, Tysabri, is given by monthly infusion. It's so important to hear Sigler talk about having tried a number of drugs until she found one that suited her, as it brings awareness to others who may be undecided about which treatment to take, or whether to take one.

By detailing the ways in which her MS affects her day-to-day, Sigler has brought awareness to the variety of issues and disabilities a person with the disease can face. While many of the symptoms of multiple sclerosis are invisible, Sigler said,

I can't walk for a long period of time without resting. I cannot run. No superhero roles for me. Stairs? I can do them but they're not the easiest. When I walk, I have to think about every single step, which is annoying and frustrating.

As Sigler is quick to point out, MS is not a death sentence. In fact, so many amazing things have been happening in her life, and it's awesome she was ready to share these with the world. The actor told People, "I'm at a point in my life with my son, with my new marriage, it's a new me. I don't want to hold a secret where it feels like I have something to be ashamed of or have something to hide. It's part of me, but it's not who I am."

And this is true for everyone diagnosed with MS. It's a life-altering illness, that's for sure, and while the future won't always be easy, there is still so much to look forward to.

4. Surrounding Yourself With People Who Can Support You In The Way You Need Is Key

The Sopranos actor credits her family with supporting her while she dealt with her illness. Speaking about her new husband and her son, Sigler said, "I don't know what's to come. But I'm excited for the first time in a long time."

This resonated deeply with me. When you're diagnosed with an illness like this, having a support network is key. My friendship group went through a lot of changes post-diagnosis, and I felt like I spent a lot of time reassuring other people that I was OK (even when I wasn't). While an MS diagnosis is never going to be an easy life event to deal with, it's fine to focus on yourself and surround yourself people who make your life easier, not more difficult.

5. Your Career Doesn't Have To End

While some people do have to give up work following diagnosis, Sigler is proof that it's possible to hold down your career, with some adjustments. Sometimes, it's about finding a job you can do that fits around your abilities, instead of beating yourself up for the things you can't do. I used to be a teacher, but now I write (while eating cake in bed) and the career change has definitely been good for my health! It's easy to feel negative about the future when you have a chronic illness, but there are always ways you can make your life work for you.

Nothing puts your life into such sharp perspective as getting diagnosed with an illness. Sigler spoke openly about how difficult it was to come to terms with her diagnosis and said, "I wasn't ready until now. You'd think that after all these years, somebody would be settled with something like this, but it's still hard to accept."

In my experience, finding out you have MS, or any illness, is an opportunity to be the best version of yourself you can be. Prior to my diagnosis, I was a people pleaser. Now, I only give my time and energy to people, projects, and events that bring me joy. And while I totally relate to what Sigler said about finding a diagnosis of MS hard to accept, I now have the life that I want, and people in it who understand how me and my illness work, and that's everything.

I am so grateful that Jamie-Lynn Sigler spoke out about having MS. It means so much to hear the actor share her personal story with us, and explain the ways she deals with having the disease. MS affects so many people, but it doesn't mean that life is over. With new treatments and continuous research into it happening, there is so much more hope for people living with multiple sclerosis right now.

I won't call Sigler brave, as I hate when people say that about me — after all I'm just trying to live my life, same everyone else. But I have so much respect for her, as she's given a voice to people all over the world who are living with MS, and that's awesome.