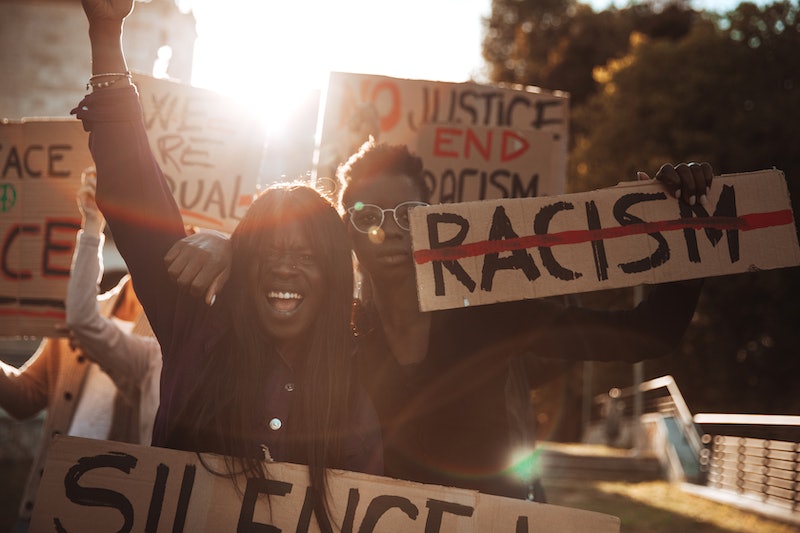 Juneteenth is a celebration of the emancipation of enslaved people in America. It is a time where Americans are meant to acknowledge the atrocities of the country's past, celebrate the advancements of the Black community, and work toward a better, more equal future. But with Black lives still being senselessly taken every day, it can be hard to feel like true emancipation was ever achieved. For this Juneteenth, inspirational quotes by great Black leaders can give you just the motivation you need to keep fighting the good fight.

This year will mark 156 years since the original Juneteenth. And while it has been more than a century since enslaved people were freed, Black Americans are still not given the same freedoms awarded to citizens of other races. But that doesn't mean Juneteenth shouldn't be celebrated. What it does mean is that while we commemorate the Black community and all they have achieved and overcome, it's also important to remember more work is to be done. And if you need a little help getting motivated to do the work, who better to look to than the great Black pioneers of history?

Here are 31 quotes that'll get you inspired this Juneteenth.

1. “Anytime anyone is enslaved, or in any way deprived of his liberty, if that person is a human being, as far as I am concerned he is justified to resort to whatever methods necessary to bring about his liberty again.” — Malcolm X

2. “If the cruelties of slavery could not stop us, the opposition we now face will surely fail. Because the goal of America is freedom, abused and scorned tho' we may be, our destiny is tied up with America's destiny.” — Dr. Martin Luther King, Jr.

4. “My humanity is bound up in yours, for we can only be human together.” — Desmond Tutu

6. “I swear to the Lord I still can’t see why democracy means everybody but me.” — Langston Hughes

7. “I knew then and I know now, when it comes to justice, there is no easy way to get it.” — Claudette Colvin

8. “As Black women, we’re always given these seemingly devastating experiences — experiences that could absolutely break us. But what the caterpillar calls the end of the world, the master calls the butterfly. What we do as Black women is take the worst situations and create from that point.” — Viola Davis

9. “We all require and want respect, man or woman, Black or white. It’s our basic human right.” — Aretha Franklin

10. “There are still many causes worth sacrificing for, so much history yet to be made.” — Michelle Obama

11. “If you know whence you came, there is really no limit to where you can go.” — James Baldwin

12. “God’s time [Emancipation] is always near. He set the North Star in the heavens; He gave me the strength in my limbs; He meant I should be free.” — Harriet Tubman

13. “Freedom is not something that one people can bestow on another as a gift. Thy claim it as their own and none can keep it from them.” — Kwame Nkrumah

14. “We need, in every community, a group of angelic troublemakers.” — Bayard Rustin

15. “Everything will change. The only question is growing up or decaying.” — Nikki Giovanni

17. “You can’t separate peace from freedom, because no one can be at peace unless he has his freedom.” — Malcolm X

18. “Go to work! Go to work in the morn of a new creation… until you have… reached the height of self-progress, and from that pinnacle bestow upon the world a civilization of your own.” — Marcus Garvey

19. “Do not be silent; there is no limit to the power that may be released through you.” ― Howard Thurman

21. “I just don’t believe that when people are being unjustly oppressed that they should let someone else set rules for them by which they can come out from under that oppression.” — Malcolm X

22. “What the people want is simple. They want an America as good as its promise.” —Barbara C. Jordan

23. “Does anybody hear us pray for Michael Brown or Freddie Gray? Peace is more than the absence of war. ... Maybe we can finally say, enough is enough, it's time for love.” — Prince

24. “Prejudice is a burden that confuses the past, threatens the future, and renders the present inaccessible.” — Maya Angelou

26. “It’s up to all of us — Black, white, everyone — no matter how well-meaning we think we might be, to do the honest, uncomfortable work of rooting it out.” — Michelle Obama

27. “We have a right to protest for what is right. That’s all we can do. There are people hurting, there are people suffering, so we have an obligation, a mandate, to do something.” — Rep. John Lewis

28. “The beauty of anti-racism is that you don’t have to pretend to be free of racism to be an anti-racist. Anti-racism is the commitment to fight racism wherever you find it, including in yourself. And it’s the only way forward.” — Ijeoma Oluo

29. “It is not enough to be quietly non-racist, now is the time to be vocally anti-racist.” — Unknown

30. “It doesn’t matter how strong your opinions are. If you don’t use your power for positive change, you are indeed part of the problem.” — Coretta Scott King

31. “In recognizing the humanity of our fellow beings, we pay ourselves the highest tribute.” — Thurgood Marshall

32. “Juneteenth has never been a celebration of victory or an acceptance of the way things are. It’s a celebration of progress. It’s an affirmation that despite the most painful parts of our history, change is possible—and there is still so much work to do.” — Barack Obama

33. “There’s no other race, to me, that has such a tough history for hundreds and hundreds of years, and only the strong survive, so we were the strongest and the most mentally tough, and I’m really proud to wear this color every single day of my life.” — Serena Williams

34. “I would like to be remembered as a person who wanted to be free… so other people would be also free.” — Rosa Parks

This article was originally published on June 17, 2020