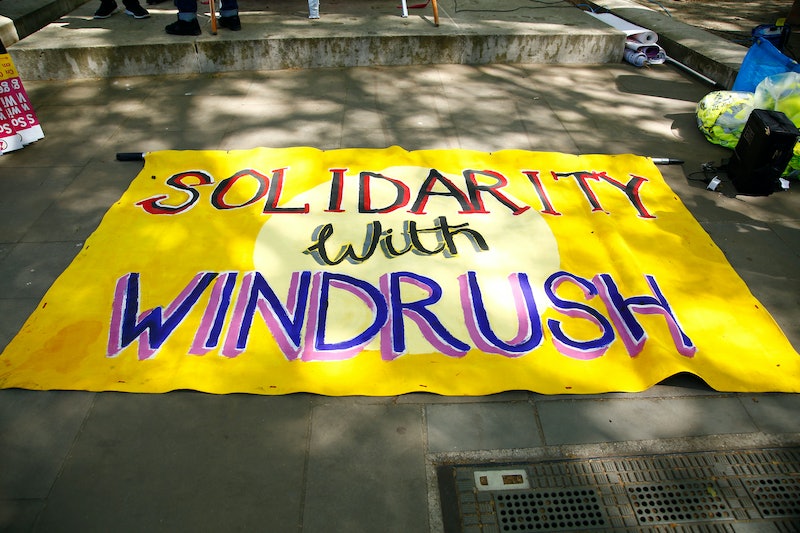 Former Home Office employee Alexandra Ankrah left the Windrush compensation scheme because it was "systemically racist and unfit for purpose," she told the Guardian in an exclusive interview published yesterday (Nov. 18). Ankrah was the most senior Black Home Office employee in her role as head of policy.

"The results speak for themselves: the sluggishness of getting money to people, the unwillingness to provide information and guidance that ordinary people can understand," Ankrah told the Guardian, who left her position in August 2020.

Ankrah described an "unwillingness to look with any curiosity or genuine concern at the situation of victims, many of whom were elderly and unwell". She explained that, as a result, some people were actually being “re-traumatised” by the compensation scheme.

This was her primary reason for resigning, she says, along with the fact that several proposals she put forward that were rejected. "I am not a disgruntled employee; I am not bringing an employment tribunal claim — this was not about my job. It was about meeting this government's promise to put right the harm that many people had suffered."

Some of Ankrah's suggestions to improve the scheme included a simplified version of the compensation application form, "as well as greater understanding towards the families of those people who died before completing a claim" and support for widows and children, writes the Guardian. "The scheme was intended to allow people to make their own applications, without the need for legal advice. But the guidance was poor; this meant it was not fit for purpose," Ankrah told the newspaper yesterday.

Ankrah said she also raised red flags about the fact that some members of the Home Office involved in the Winrush compensation scheme "had previously helped implement the hostile environment policies that originally caused claimants so many problems." These policies were initially introduced by Theresa May when she was Home Secretary. "These were the very same people who hadn't questioned the Windrush situation in the first place," Ankrah said. "It is unusual, is it not, to have the same bit of the organisation in charge of the complaints? You normally have some type of separation to at least show credibility."

The Guardian reports that the compensation scheme has now been running for 18 months and has only £1.6m had been paid out to 196 people. The expected pay out figure was between £200m and £570m. At least nine people having died before receiving the compensation they applied for, the newspaper writes.

An inquiry is being made into the compensation scheme, with the first evidence session expected to be taking place in December. A spokesperson for the Home Office told the Guardian it rejected "any suggestion that the scheme was discriminatory."