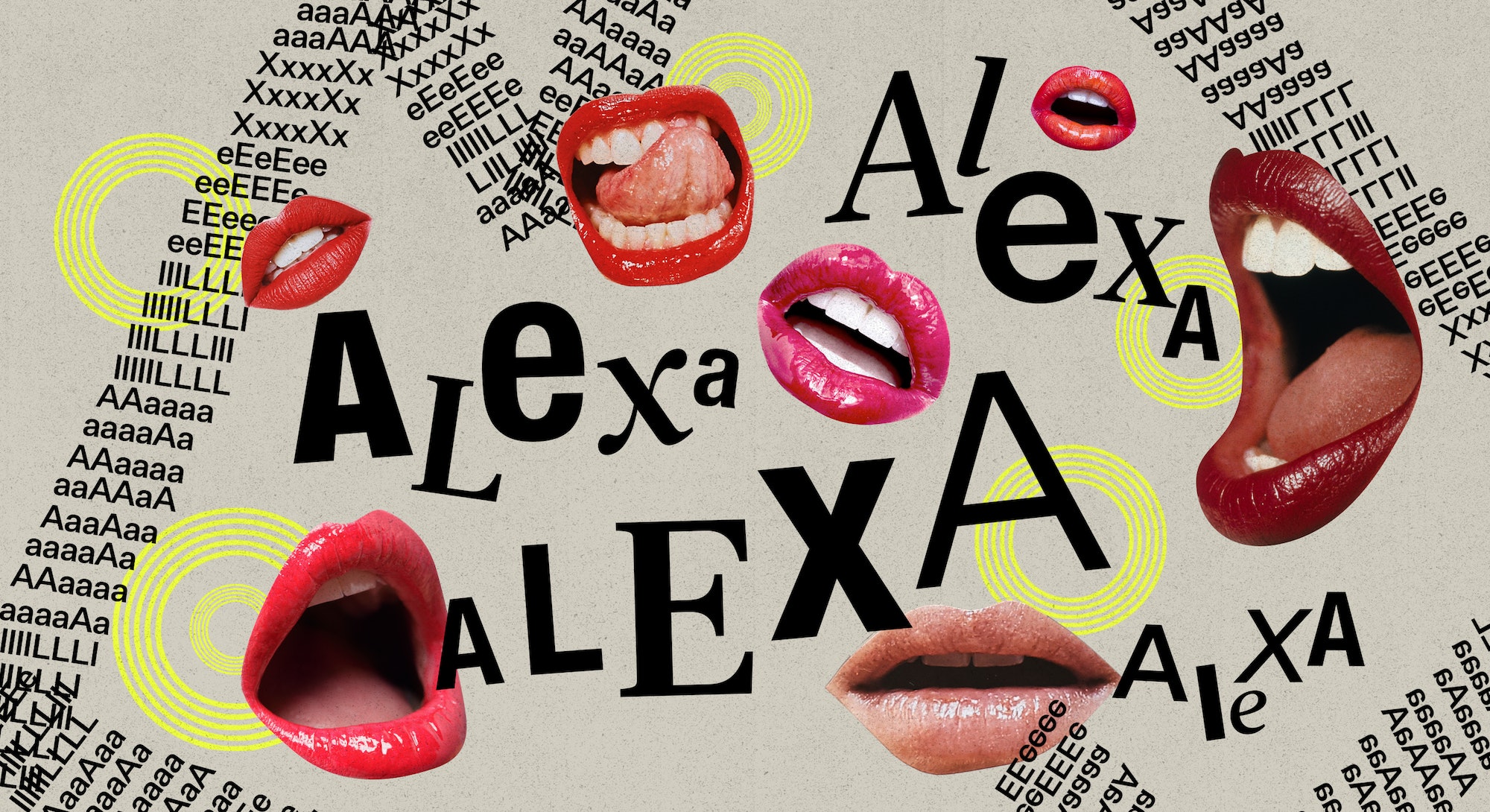 Romeo, in trying to woo Juliet, tells her that a name really ain’t sh*t: “That which we call a rose, by any other name would smell as sweet.”

And sure, for the most part, he’s right. After all, if potato salad was called “tossed tuber,” it wouldn’t change its taste. But names carry their own weight with them, and when they’re ascribed to us at birth, their weight becomes ours to carry. The fact that Romeo is a Montague and Juliet is a Capulet does matter to their story, despite Romeo’s pitch.

Growing up, I was one of the lucky ones. I didn’t have too much baggage attached to my name. Remember when, at rest stops and theme parks, you’d look for yours on keychains and other tchotchkes? I always had trouble finding mine, but when I did, it felt like winning the rest-stop lottery. There was one other girl in my school who shared my name, and although we weren’t really friends, I felt a certain kinship with her. When I met other people who shared my name at tennis camps, I felt a kinship with them, too.

And in 2014, when Amazon announced it’d be naming its new smart assistant Alexa, I began to share something else with my fellow Alexas: bewilderment and annoyance that Amazon would choose our name for its robot.

The Alexas I spoke to for this story were different ages, held different occupations, and lived in different cities, but their experiences overlapped with mine so perfectly that it felt surreal, like talking to versions of myself living out divergent lives.

I found Alexa H. on Twitter. She’s a 30-year-old visual product designer in San Diego, California, and explained the technical reasons Amazon might have chosen our name.

“The name has three syllables, and it has an X in it, and as far as teaching a robot goes, it has less possibility of error for people who are commanding it,” she says. Still, she has some bones to pick with Jeff Bezos. “Alexa was a really common name when Amazon picked it. Couldn’t they have picked a name that solved their problem that wasn’t a person’s name?” she says. “Obviously, you’re never going to get totally around it. I actually knew someone named Siri in high school. I’m sure there’s someone out there named Echo. But Alexa is really common.”

In 2015, Alexa (the name, not the robot) was the 32nd most popular name choice for baby girls. Since then, it’s dropped massively in popularity. Its rank was 139 in 2019, the lowest it’s been since 1992. On social media, there are multiple parent groups where people commiserate about their daughters wanting to change their names because of bullying that happens to them on account of sharing their name with Amazon’s assistant.

Meanwhile, the Amazon Alexa only continues to grow in popularity. Alexa is the most popular smart assistant in the United States, United Kingdom, Germany, India, and Brazil. According to CNET, there were more than 200 million Alexa-powered devices in circulation in 2020.

If we human Alexas weren’t aware of just how many people owned the Amazon Alexa before the pandemic, we’re acutely aware of it now. For a lot of us, our homes became our workspaces. Our bosses or coworkers would start to ask a question during a meeting, but before finishing the thought, their heads would turn away from their computer screens. Why? Because when they addressed us by name, they accidentally triggered our robot twin.

Alexa L., a 28-year-old dance instructor in Astoria, Queens, told me that almost every child she teaches over Zoom lives in an Alexa-powered household. “Every class, someone will be like, ‘My Amazon Alexa is going off!’”

While those are pandemic-specific phenomena, we human Alexas have been going through the wringer since 2014. This is our story.

People ask if you wouldn’t mind going by a nickname.

Alexa T.’s parents named her Alexandra, but it never felt like it fit her. She’d been going by Allie, but at age 8, adopted Alexa instead. She saw it in a baby book. “It was a fun experience to pick out my name,” she told me. “It wasn’t just something I got; it was something I chose. It felt more personal.”

So when Amazon chose her name too, it felt personal. “At first I didn’t really care because I didn’t expect it to be around for more than two years,” says the 25-year-old, who lives in Minneapolis–St. Paul. “I thought it was going to be a blip, but it wasn’t. My name was no longer a name. It’s part of a brand.”

Alexa T.’s extended family and friends have Amazon assistants and will go out of their way not to use her name in their homes, she says.

“My grandma had dementia, and at one point got really confused because she would hear my aunt talking to [the Amazon Alexa] and think I was there. It feels awkward when somebody who’s known you since you were a child is like, ‘Hey, could you use a different name? I got this robot last week...’ [but] you’ve known me for 20 years!”

Alexa L. has had similar experiences with her dance students.

“My kids will be like, ‘Can we call you something else?’ And I’m like, ‘I have to change my name? Can’t the computer change its name?’ I had to let parents know they could change [the robot’s] name. They’d be like ‘It’s really annoying,’ and I’d be like, ‘I’m sorry? I didn’t pick its name?’” (And yes, it is actually quite simple to change an Amazon device’s name.)

Everyone becomes a comedian — and they all tell the same joke.

When the Amazon Alexa first came out, Alexa P. was volunteering with a children’s organization. The kids started making fun of her name, which was a bit annoying, but they’re kids — what can you do? The jokes didn’t stop when she arrived at college, however, and people her own age started to mock her.

“I would say 50% of people crack some kind of joke upon learning my name,” says the 24-year-old, who works for a college in Pennsylvania. “Like, ‘Alexa, play Despacito,’ or ‘Alexa, turn out the lights.’”

Alexa M., a 23-year-old mindset coach living in Tulum, doesn’t mind the jokes so much. “Sometimes the jokes add a bit of lightheartedness to meetings,” she says. “It functions as a connection point. The only time it frustrates me is if I’m already in a grumpy mood. If I’m already at an emotional capacity and someone cracks a joke I’m like, just stop.”

Alexa Rae, a 30-year-old social media manager from Tampa Bay, Florida, told me a story that proves you can teach an old dog new tricks or, in the case of Alexa jokes, turn one into a clever pickup line.

“When I was still living in Chicago and going out with my girlfriends, we were sitting next to this group of guys, and after introducing ourselves, one of the guys went, ‘Hey, Alexa?’ I braced myself for a really stupid joke, but he followed up with, ‘You have really pretty eyes.’ And I was like, ‘OK. That’s fine.’”

Strangers will make demands of you without saying please or thanks.

In 2019, a UNESCO report revealed that the prominence of female-sounding voice assistants “sends a signal that women are obliging, docile and eager-to-please helpers, available at the touch of a button or with a blunt voice command like ‘hey’ or ‘OK.’ The assistant holds no power of agency beyond what the commander asks of it.”

Alexa L. says that during her time as a server in a restaurant, she was issued commands by customers as if she herself were a voice assistant. “People would be like ‘Alexa, go get me a drink!’ in that voice, and it was super degrading,” she says. “But of course everyone thinks they’re just being funny, so I usually have a line I rattle off, like, ‘Oh, that’s the first time I’ve ever heard that joke!’”

You get a bunch of (human) Alexas to commiserate with.

I often consider myself part of the “last generation” of human Alexas. If the current data around the name’s selection — a downward trajectory, to say the least — stays the course, my projection will probably hold true. I don’t know many people who’d name their children Alexa now in good conscience. But that’s sort of fine. We human Alexas are making the most of it, and if nothing else, it gives us a shared experience to laugh about.

And it could be worse. As Alexa L. said to me in our conversation, “Just think about all the Karens and Chads.”