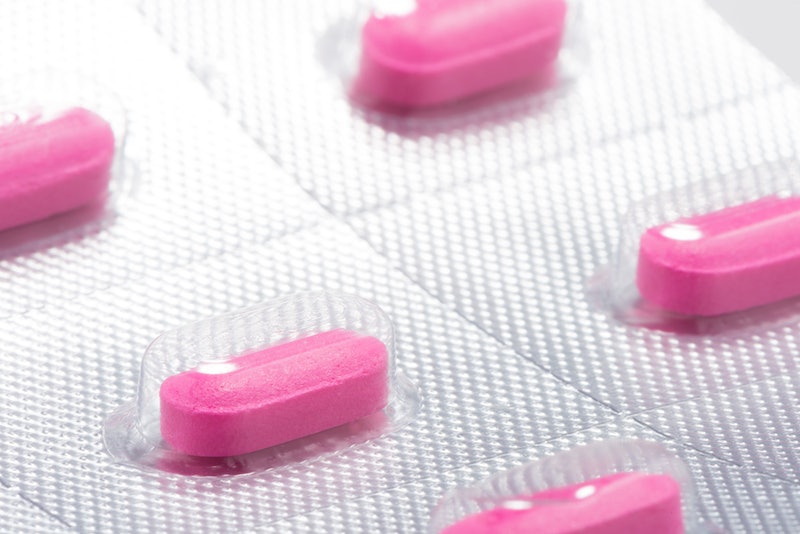 In August, a 15-year-old in Oklahoma was reportedly unable to be revived after overdosing on Benadryl. Oklahoma News 4, which originally reported the news, said the death was linked to a TikTok trend, the "Benadryl Challenge," where users take excessive doses of the allergy medicine with the intent to hallucinate. On Sept. 24, the FDA issued a safety warning, urging people not to take more than the recommended dose.

The Oklahoma teen's death and FDA warning follows a July report from Cook Children’s Health Care System in Fort Worth, Texas, which warned parents that three teenagers in their hospital system were treated for a Benadryl overdose in May. "Each of these patients said they got the idea from videos on TikTok that claimed users could get high and hallucinate if they took a dozen or more of the allergy pills," the statement reads. The hospital shared that one of the teens had a resting heart rate of 199 BPM, along with hallucinations, after taking 14 tablets of Benadryl. Each patient recovered fully and was sent home.

Mentions of the medication on TikTok date back to February, but the hashtag #benadryl is filled with users making public service announcements about the dangers of abusing the drug, rather than promoting a challenge. The FDA said it "strongly urged" the app to remove any videos about the challenge.

Internist Dr. Sunitha D. Posina, M.D., tells Bustle that when taken as instructed for allergies and mild cold symptoms, Benadryl is not dangerous. "Benadryl was the first antihistamine to receive approval from the Food and Drug Administration (FDA) to reduce the effects of the natural chemical histamine in the body," Dr. Posina tells Bustle. She adds that Benadryl is also used to treat motion sickness and to induce sleep in some cases, but should never be used to treat anything else without explicit instructions from your doctor.

However, abusing the drug is more likely to cause physical harm than get anyone high. "More than 500 mg, which is more than 40 times the recommended dose, may lead to a state of delirium, hallucinations, and other overdose symptoms like extreme drowsiness, blurred vision, enlarged pupils, low blood pressure, rapid heart rate, nausea, unsteadiness, vomiting, confusion, seizures — even coma." What's more, it's incredibly damaging for your liver to process the overdose. "Anecdotal evidence about diphenhydramine (Benadryl) highs indicates that the effects are more often uncomfortable and unsettling instead of pleasurable," Dr. Posina says. Just because it's available over-the-counter doesn't mean it's risk-free.

"The safety and well-being of our users is TikTok's top priority," a spokesperson for the app told Bustle in a statement in early September. "As we make clear in our Community Guidelines, we do not allow content that encourages, promotes, or glorifies dangerous challenges that might lead to injury. Though we have not seen this content trend on our platform, we actively remove content that violates our guidelines and block related hashtags to further discourage participation. We encourage everyone to exercise caution in their behavior whether online or off."

More like this
Why Everyone Is "Soft Tagging" Friends On Instagram Right Now
By Alexis Morillo
19 Latinx Therapists & Mental Health Experts To Follow On Instagram
By Kaitlyn Wylde, Naydeline Mejia and Lexi Inks
This TikTok Song About An Unrequited Romance Has FYPs In Shambles
By Emma Carey
On TikTok, Tinned Fish Date Night Is The Latest Viral Food Obsession
By Emma Carey
Get Even More From Bustle — Sign Up For The Newsletter