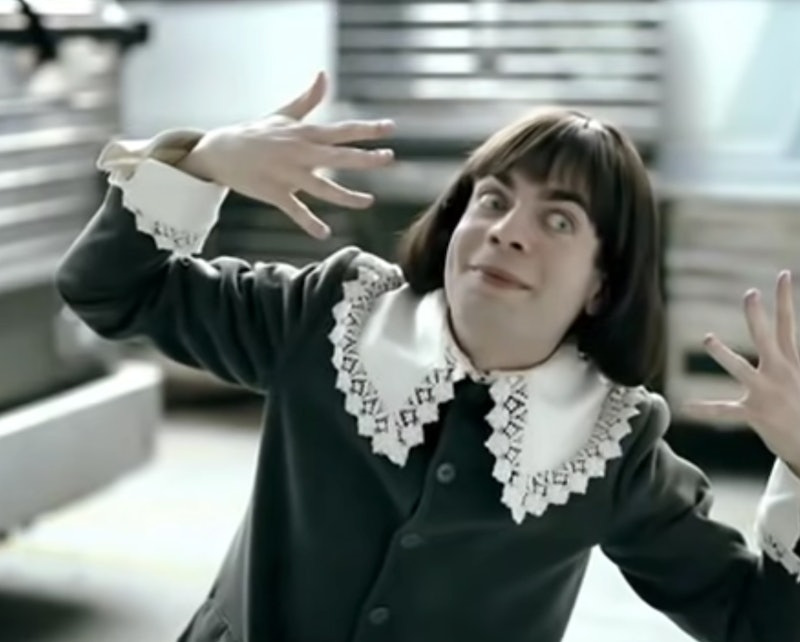 The year is 2007. Starburst uses a simple premise to advertise a new flavor: “Have you tried this new Berries and Creme Starburst?” one commercial actor asks the other. The camera widens, and a man with a Lord Farquaad-esque haircut and doily-like Peter Pan collar appears and asks, “Pardon me, what kind of Starburst did you just say?” They tell him. He squeals and begins to jump side to side, clapping his hands, singing in sporadic falsetto, “Berries and creme, berries and creme, I’m a little lad who loves berries and creme!”

These delightfully bizarre commercials have steadily racked up YouTube views since they first aired — one upload currently has over 13 million views — giving them a cultish, nostalgic appeal. Now, the commercials have been given new life on what’s being called Berries and Cream TikTok, where people are taking the little lad’s trademark refrain and forcibly autotuning it over songs like Dolly Parton’s “Jolene” or Cardi B’s “WAP.” (“From the top, make it drop, that’s some berries and cream,” the remix’s lyrics go.) Videos tagged #berriesandcreamremix have over 25 million views. Some people are taking a combination of phrases from the commercials and using them to interrupt dramatic monologues or pop songs. These audio clips, and the TikToks that accompany them, are as endearing as they are weird.

The fun part about the jingle is that it serves as an extremely versatile prompt for TikToks. Videos with the hashtag #BerriesAndCream have 640 million views, and ones hashtagged #LittleLad boast 183 million views. (Starburst officially spells the flavor “Berries and Creme,” but on TikTok, people are running with the more common spelling of “cream.” Sadly, it appears that Berries and Creme Starbursts are no longer for sale, except from specialty retailers.)

On Berries and Cream TikTok, you’ll find people bragging about stumbling upon remixes with only a few videos on their #ForYou page, an indication of how deep into the trend they’ve gotten. Other TikToks call out every day lewks and hairstyles that are low-key inspired by the little lad.

Per Insider, this second wind of Little Lad appreciation is thanks to Justin McElroy, a gaming podcaster who uploaded the OG commercial to TikTok back in January. It took a while for the fans and Alt TikTokers to find it and get it trending, but has since spiraled.

On Sept. 18, McElroy tweeted, “if I delete the sound would we all be free?” — which in turn inspired a round of TikToks riffing on the Berries and Cream audio. The little lad himself, AKA writer, director, and choreographer Jack Ferver, has even debuted an official TikTok page featuring new, #nonspon content — and if you’re interested, you can get a personal Cameo from him for just $75.

The trend may be testing the upper limits of TikTok virality — how many more pop songs can be augmented with “berries and cream?” — but each and every iteration is catchy as heck.