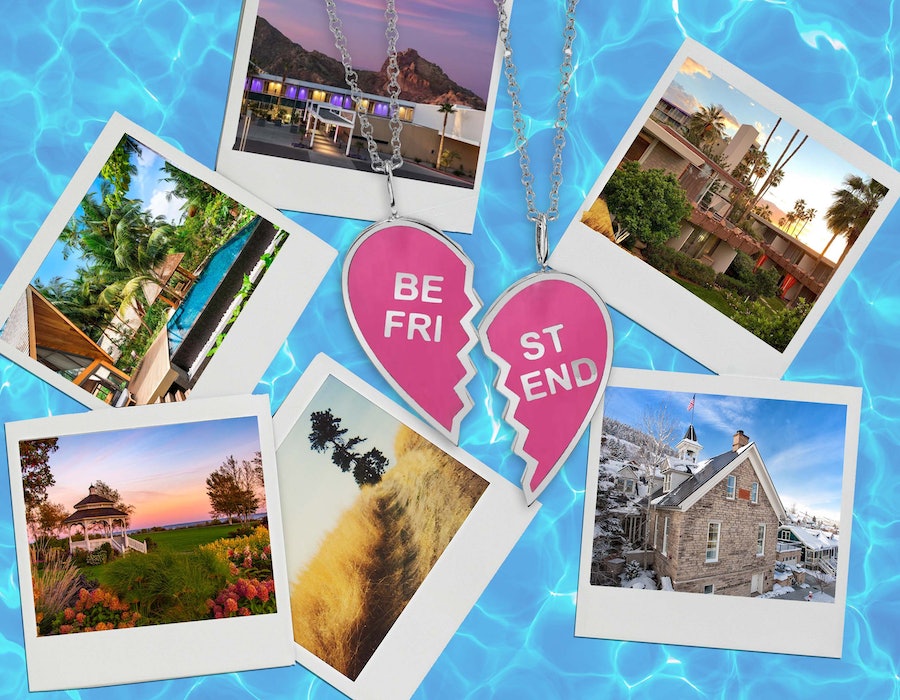 The Maldives is one of those utterly beautiful, screensaver-esqe destinations consistently ranked on travel magazine hot lists as one of the most exquisite places to visit… with a romantic partner on a honeymoon.

As a lifestyle/travel/wedding writer, I never truly considered “saving a trip for marriage.” (FYI, I’m not married.) But, truth be told: When I was approached with a work opportunity to visit The St. Regis Maldives Vommuli Resort this summer, I questioned whether I wanted to go by myself. Think about it: You’re isolated on an island and wearing very little clothing (in bathing suits or perhaps a mere towel at a spa). There's a lot of privacy (read: your own private mini pool and sun deck, and you don't share any walls with other guests at the resort). The remote destination is basically designed to be romantic, from the candlelight beach dinners to the spa treatments meant for a pair of lovers to enjoy together. With that, it’s no surprise that people often "save" far, exclusive destinations for travel with a partner.

Rather than saying no to the Maldives trip, going solo, or waiting for my future spouse, however, I decided to invite my best friend Amy to travel with me. Because you know what? In a post-lockdown world, I want to share time and memories (in an overwater villa or otherwise) with the people I adore.

Alisa Cohen, founder of Luxe Traveler Club, has seen more friend getaways for that very reason. “Based on the isolation of the pandemic, clients are using travel as a way to reunite with their friends from around the country and doing that with bigger trips,” she tells Bustle. “Clients are not saving that big dream trip for sometime in the future anymore.”

After three flights from New York to Doha and Male to make it to The St. Regis resort (which is on its own island, BTW), my bestie and I did it all. We swam in the ocean. We got massages and did yoga. We rode bikes from scenic beaches to restaurants. I really enjoyed not fussing with makeup or my hair — something I would have done in an attempt to take more formal, romantic, couple-y photos to document a milestone trip with a boyfriend. Instead, I have an album of funny snapshots with my friend. I was also super thankful when Amy and I could share clothing; I borrowed a bandeau top, which is not something my boyfriend would have packed in his carry-on. She and I chatted about TV shows, fertility, reality stars, and other topics that would have probably not been brought up with a BF. Though we’d infrequently see other guests, they were primarily couples; we would try to guess who was on their honeymoon, babymoon, or anniversary trip. It was an easy, carefree stay — with no hidden agendas or anxiety about the meaning of this trip. Naturally, we dubbed this five-day trip our “bestiemoon.” I soon realized we weren’t the only ones.

“Although the Maldives is known as a honeymoon destination, we do see bestiemoons [there], more so with women traveling together versus men,” says Vincent Pauchon, general manager of The St. Regis Maldives Vommuli Resort. If you scroll through TikTok, you’ll see that the hashtag #bestiemoon has over 939,000 views and #bestievacation has 3.7 million. It’s clearly a thing.

The one-on-one friend vacation trend makes sense. Some of us won’t get married, and of those who do, some might not go on a honeymoon. So, why wait for a mate (or convince a significant other to go somewhere they aren’t super excited about) when you can book trips to “romantic” destinations with your BFF and — ya know — live your life now?

Besides not holding yourself back until you get hitched, Melissa Wasserman, Psy.D., a cognitive behavioral psychologist in New York, says that when women friends travel one on one together, it fills one’s companionship bucket in a different way than with an S.O. (even if one of them has a partner). It’s also important to note that despite romantic destinations being marketed for couples, bestiemoons challenge rigid beliefs that people have strongly held onto in the past, says Wasserman. Namely: People have traditionally reserved certain destinations for specific big-life occasions. But rather than waiting for a romantic partner to accompany you somewhere (and more specifically, to celebrate your commitment to each other), you can do it on your own terms with a friend.

After breaking off a long-term relationship, Tedy Weber, 37, a managing partner in financial services in Austin, Texas, invited his friend on a trip in December of 2021. “My ex-girlfriend and I broke up, so I took Brian to Paris with me,” Weber says of his Brooklyn-based bestie. “We went to really romantic dinners with shows, like Bœuf sur le Toit, because everything was already paid for. We rode a scooter together, too, which was hilarious.”

Bestiemoon trips don’t have to be over-the-top expensive or international, either. Mission Point Resort in Mackinac Island, Michigan, has experienced an increase in friendship travel, according to Liz Ware, the property’s vice president of sales and marketing. Washington School House in Park City, Utah, has seen a rise in girls’ trips, while Hotel Valley Ho and Mountain Shadows Resort, both in Scottsdale, Arizona, have also witnessed 19.1% and 13.5% increases in friend travel, respectively. In the past, these resorts had been more popular for visiting couples, but they’ve grown to serve as meeting places for platonic duos and groups.

While bestiemoon location considerations are often at the forefront of planning (much like a traditional honeymoon), the trip itself isn’t exclusively focused on the destination. It’s about the company and the memories.

“Carmen and I have experienced so many different situations, and I think we are both better people for them,” says Alexondra Purnomo, 40, about her platonic soul mate. “We survived a harrowing earthquake on the tiny island of Gili Air. We sat for hours staring at the glaciers going by in Jökulsárlón, Iceland, barely talking to each other because it was just so beautiful. We dove into the Bay of Pigs, in Cuba. We laughed until we cried more times than I can count. I can’t imagine being in those same situations with anyone else.”

More like this
Why We Love Investigating Friendship Breakups
By Carolyn Steber
Savannah Guthrie Got Her First-Ever Tattoo With This Former Wild Child
By Suzanne Zuckerman
Flip Phones Are Gen Z's Favorite New Nightlife Accessory
By Maria Santa Poggi
Ashamed Of Your Screen Time Stats? Here's How To Change That
By Alexis Morillo
Get Even More From Bustle — Sign Up For The Newsletter
From hair trends to relationship advice, our daily newsletter has everything you need to sound like a person who’s on TikTok, even if you aren’t.