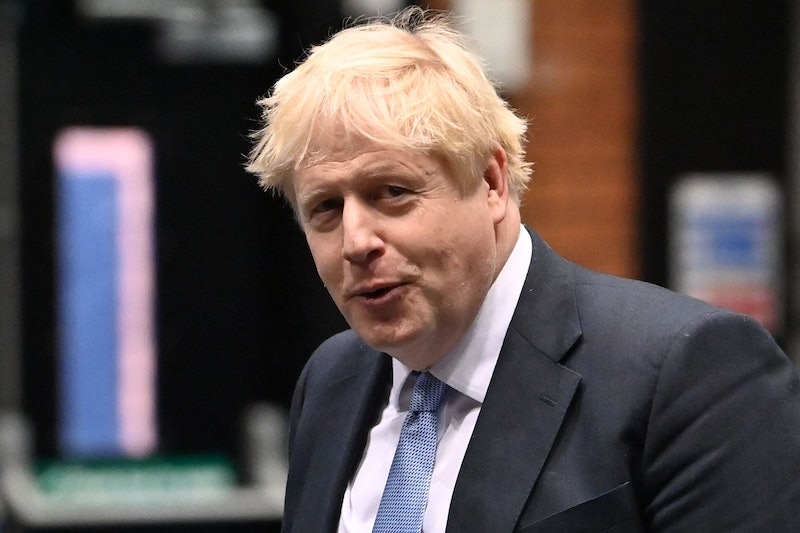 Prime minister Boris Johnson does not support calls to make misogyny a hate crime in England. Speaking with BBC Breakfast presenter (and current Strictly contestant) Dan Walker at the 2021 Conservative Party conference, Johnson said he believes that “rather than introducing new laws, what you need to do is enforce the existing laws.”

Following the recent murders of Sarah Everard and Sabina Nessa, there have been calls to make misogyny a hate crime. Currently in England and Wales, if a crime is committed against someone because of their race, religion, sexual orientation, disability, or transgender identity it is classed a hate crime under the law. Campaigners are suggesting that crimes against women should also be added to that list.

If misogyny were to be made a hate crime, Johnson suggested it would overload the justice system, and would “just increase the problem” for police in tackling offences against women. Instead, the Prime Minister said that the police need to focus on “the very real crimes”, and “the very real feeling of injustice and betrayal that many people feel.”

As well as asking what should be done to avoid more cases like that of Sarah Everard and Sabina Nessa, Walker also asked the Prime Minister about implementing Nottinghamshire Police’s 2016 “misogyny hate crime” policy, which sees misogynistic behaviour like catcalling, wolf whistling, and upskirting logged as hate crimes. “I think rather than expanding the range of crimes that we want to prosecute, we need to prosecute the existing crimes,” Johnson said in response.

Johnson also said that there is an “abundant statute” already in place in policing that is meant to protect women, but that it is “not properly being enforced”. He added, “That is what the police need to be doing. They need to be taking women’s complaints seriously, and we need to be contracting that period between a woman reporting her complaint and the disposal in court, because it’s taking far too long.” Johnson concluded that this is the reason why “women feel betrayed by the system”.

While it seems unlikely that misogyny will be made a hate crime in England, there’s a possibility that it will be in Scotland. On Oct. 6, Scottish justice secretary Keith Brown said that misogynistic abuse could become “a stand-alone offence” as part of the country’s new hate crime legislation.

More like this
Pret & Costa’s Coffee Is The Strongest On The High Street, According To Which?
By Sam Ramsden
Twitter Has *A Lot* To Say About The "Single Penalty”
By Sam Ramsden
Here’s Where The NHS Nurses’ Strike Currently Stands
By Sophie McEvoy
This Is When Netflix Is Going To Start Charging You For Sharing Passwords
By Darshita Goyal
Get The Very Best Of Bustle/UK
Sign up for Bustle UK's twice-weekly newsletter, featuring the latest must-watch TV, moving personal stories, and expert advice on the hottest viral buys.