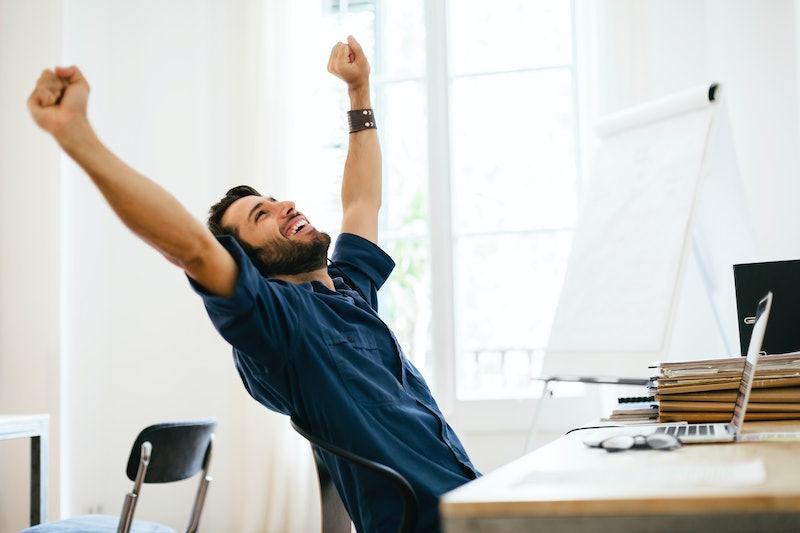 Juntendo University made headlines recently when it lost a lawsuit alleging that it discriminated against female students in its admissions process. Its defense? They had to — it simply wasn’t fair that women were naturally better interviewers, and they needed to level the playing field. It’s not fair that women have all these professional advantages, such as adequate communication skills. Requiring doctors to speak in complete sentences is basically discrimination against men. In fact, unless a workplace or university goes out of their way to recruit and train men, they’re going to end up being entirely female — what with women’s natural and unfair advantages! If workplaces became all women, who would take credit for the opinions? Here are a few adjustments employers can make in the workplace to ensure men still feel like they can excel.

Don't Require Punctuation At The End Of Emails

This can be alienating to men, who prefer to respond to emails with a very warm “k” instead of a verbose, “Thank you for your time!” Beyond just not requiring it, it might be better to actively discourage it.

If You're Going To Correct A Typo, Think Tactfully About How To Do So

Men are sensitive, especially when they’re being told that they’re not 100% perfect at all times. Make sure you start by saying, “someone is a very very very good boy. Just one tiny typo-.” If that doesn’t do the trick, add an extra “very.”

Enforce A Dress Code, But Make Sure That Dress Code Is Only Cargo Shorts

Ensure That All Team-Bonding Activities Take Place At Sporting Events

No, your employees won’t really be able to have “conversations” with each other over the din of a football game, but that’s probably for the best. I mean, have you ever enjoyed a conversation with a co-worker?

Set Aside A Toe-Clipping Station

Men are tired of being told not to clip their toenails at work (at least, my old co-worker Dave was). But performing personal hygiene in front of peers is an important part of being a man, so set aside a small station where your male co-workers can clip in peace.

The “dinging” sound does something particularly annoying to men’s eardrums, one that can send them into a tailspin. To be fair, this is true for women, too, but they express it less vociferously, so it’s probably fine.

Have Beer On Hand

And I mean in your literal hand. You don’t want your male employees to have to stand up to get it — that’s a lot of time that could be spent on emails starting (and ending) with “k.”

Make All The Yogurt Communal

Look, you can put your name on your yogurt until the cows come home, but Barry will still, inevitably, eat it. It’s not fair that he should have to feel guilty for what he was always planning to do anyway — just make it communal yogurt. Ideally beer-flavored (extra fermentation!).

Have At Least One Conference Room With No Windows & A PlayStation

But don’t ask any questions.

Men prefer to make more money, so adjust your salaries upward. They’re notoriously better-paid, which means if you lower their salaries, they might feel emasculated. If you have women working at your company, consider paying them more too!

Wednesdays off could be a good place to start. Men notoriously hate Wednesdays. And if that goes well, in terms of luring men into a sense of relaxation, do Mondays through Thursdays, too. Fridays you can keep, because no one works on Fridays anyway.

Once in a while!

Be A Little Chiller About Sexual Harassment Policies

Not all the way chiller! Just a little. I mean, you don’t want men to feel like they’re under attack when they tell the marketer how nice her cargo shorts look (which you know is a come-on… do you know how hot you need to be to look good in cargo shorts?).

More like this
Which RHODubai Housewife Has The Biggest Net Worth?
By Hugh McIntyre
Drake’s Net Worth Will Have Critics Saying “Honestly, Nevermind”
By Hugh McIntyre
Charlotte Tilbury Muse Phoebe Dynevor Triples Her Income In One Year
By Catharina Cheung
Why You're Seeing Green Bandanas At Abortion Rights Protests
By Lexi Inks
Get Even More From Bustle — Sign Up For The Newsletter