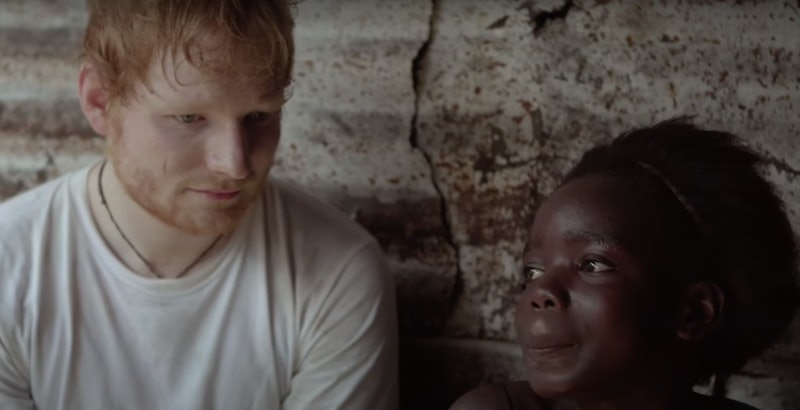 After decades of producing international anti-poverty appeal films, Comic Relief is to stop sending celebrities to African countries over concerns it reinforces "white saviour" stereotypes. Best known for its yearly Red Nose Day campaign, the charity often uses images of children in dire circumstances the continent to help with its fundraising efforts. Celebrities including Ed Sheeran and Stacey Dooley have been criticised for reinforcing "tired and unhelpful" stereotypes when working with the charity.

"It's time for young Black and Brown filmmakers to take charge," says Sir Lenny Henry, the UK charity's co-founder and honorary president. Adding it was time for "new perspectives."

"I'm proud that Comic Relief is making these changes and I am looking forward to seeing the films next year. Investing in local talent across Africa to tell stories from their communities is great and a much-needed step forward, but as always there is more than can be done. The energy and passion for change and new perspectives are there in bucket loads," he told the The Guardian.

For Red Nose Day 2021, Comic Relief will present three new films by African filmmakers including Kenyan talent Josh Kisamwa, who will share "a powerful story of a community female figure who has saved many child brides from forced marriage," the charity states.

Comic Relief's move to "modernise" its appeal films comes after Labour MP David Lammy criticised a picture of Stacey Dooley holding a young Ugandan boy as part of a Comic Relief documentary. "The world did not need any more white saviours," tweeted the politician in 2019. While Lammy said he did not question Dooley's "good motives" he stressed that the charity should "promote voices from across the continent of Africa and have a serious debate."

Comic Relief says it has helped raise £1.4bn over the years with the help of high-profile supporters yet will now 'focus on local people telling their own stories as it continues to evolve.' “Diversity and inclusion is important both in front and behind the camera," Henry said.