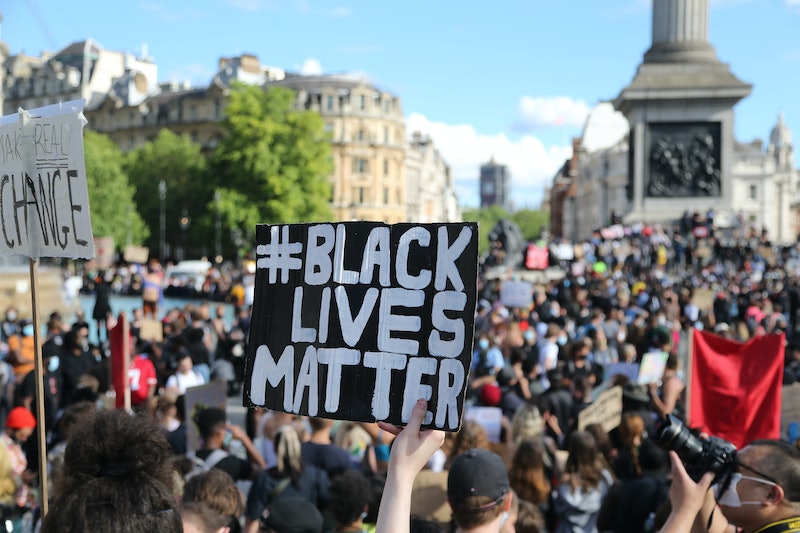 On March 31, 2021, the UK government revealed the outcome of the highly anticipated Race and Ethnic disparities report, a review commissioned in the wake of the Black Lives Matter anti-racism demonstrations that took place during the summer of 2020.

The results have triggered widespread debate after it was concluded that the UK was no longer “deliberately rigged against ethnic minorities” and “should be regarded as a model for other white-majority countries.”

In response, some UK race advisors and leading minority voices have dubbed the report as “whitewashed” and “complete nonsense”, saying that it fails to acknowledge the true extent of institutional racism in Britain.

Here’s what you need to know about the report and how it may affect minority communities going forward.

Why Was The Report Introduced?

The 258-page report was commissioned by Downing Street following the Black Lives Matter protests in 2020.

As written in the review, Prime Minister Boris Johnson said the UK “needed to consider important questions about the state of race relations today, and that there needed to be a thorough examination of why so many disparities persist.”

A board of ten commissioners was tasked to look at race and ethnic disparities in education, employment, crime, and policing, and health. In the main, they concluded that social class and family structure had a “more significant impact” on how people's lives turned out “than the existence of racism."

What’s The Conclusion Of The Report?

While the report acknowledged “overt racism” remains, particularly online, the report found no conclusive evidence of institutional racism in the country.

“For some groups, historic experience of racism still haunts the present and there was a reluctance to acknowledge that the UK had become open and fairer,” wrote chairman Tony Sewell in the report foreword.

However, he went on to say: “Put simply we no longer see a Britain where the system is deliberately rigged against ethnic minorities. The impediments and disparities do exist, they are varied, and ironically very few of them are directly to do with racism.”

He added: “Too often ‘racism’ is the catch-all explanation, and can be simply implicitly accepted rather than explicitly examined.

Speaking to BBC Radio 4 on March 31, Sewell, who voiced similar views about institutional racism more than ten years ago, further clarified his position: “What we have seen is that the term ‘institutional racism’ is sometimes wrongly applied and it’s been a sort of a catch-all phrase for micro-aggressions or acts of racial abuse.”

What are the key takeaways from the report?

The lengthy report looked at race and ethnic disparities in education, employment, crime, and policing, and health. Some of the key takeaways include:

The report also made 24 recommendations that the Commission “believes will catalyse the most effective way to meaningfully address disparities and inequalities for all those affected.” These included:

The full report, including the recommendations, can be read here.

What have people's reactions been?

Since the full report has been made public, there has been noticeable outrage.

The Runnymeade Trust, the UK’s racial think-tank, says it has been “let down” by the report.

Speaking to BBC News, Dr. Halima Begum, chief executive of the Runnymede Trust, said: “Institutionally, we are still racist, and for a government-appointed commission to look into (institutional) racism, to deny its existence is deeply, deeply worrying.”

The race and ethnic disparities report has been compared to findings from previous research, including The Race Disparity Audit, published by former Prime Minister Theresa May in 2017, which, by contrast, found evidence of racial bias and discrimination in education, workplace, healthcare.

For many, Sewell’s review failed to thoroughly address known and deeply concerning racial disparities in Britain.

“Tell that to the black young mother who is four times more likely to die in childbirth than her young white neighbour, tell that to the 60% of NHS doctors and nurses who died from Covid and were black and ethnic minority workers,” said Begum, via the BBC.

Labour MP David Lammy recently tweeted that he would not be taking media requests about the race commission for the sake of his “mental well-being.”

“For my own mental well-being I am not doing media interviews on the race commission today. Like so many in Britain’s Black community I’m tired!” he wrote. “Tired of the endless debate about whether structural racism exists with little desire to actually address it. We are being gaslighted.”

More like this
The David Beckham Qatar Controversy, Explained
By Sophie McEvoy
Prince William Condemns “Unacceptable” Comments Made To A Black Guest At Buckingham Palace
By Shahed Ezaydi
Everything You Need To Know About Dabloons, TikTok’s New Currency
By Catharina Cheung
Matt Hancock's “Cringe” Jungle Karaoke Left Twitter Reeling
By Sam Ramsden
Get The Very Best Of Bustle/UK