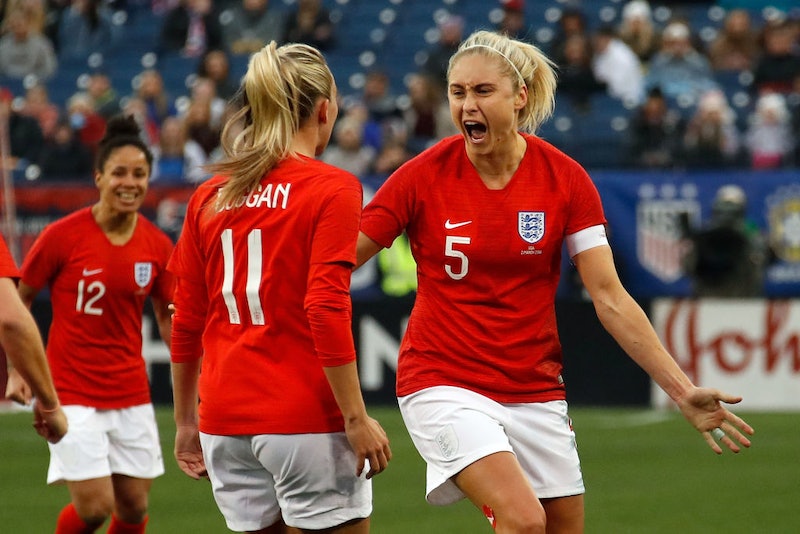 The pay gap in sport is, sadly, nothing new. Even in 2020. But the Football Association (FA) is making steps to address that. In a move was quietly implemented back in January, England women’s received the same match fees and bonuses as the men's teams.

According to a statement released on Sept. 3, the FA said that the women's team took the same fees home as the men for the first time during the SheBelieves Cup. “The FA pays its women’s players exactly the same as their male counterparts for representing England, both in terms of match fees and match bonuses," a spokesperson said. "This parity has been in place since January 2020.”

When asked why the move had not been announced at the time – just two months after Jordan Nobbs and Beth England publicly called on the FA to follow the likes of other national teams and pay them the same as members of the men’s team – the same spokesperson suggested "officials could have deemed gender parity should be a given rather than something to trumpet," according to the Telegraph.

England joins Brazil, Australia, Norway, and New Zealand on the list of football associations who have publicly committed to paying their male and female players the same fee for a senior cap, reports Sky News.

Despite the parity for representing England in match fees, a vast difference remains between tournament prizes, with Fifa and Uefa paying different tournament bonuses to each gender. According to the Telegraph, England’s women stood to take home £50,000 each had they won last year’s World Cup, compared to £217,000 each the men would have taken home had they won the World Cup the previous year.

More like this
Gen Z Are Twice As Likely To Identify As Queer, According To New Data
By Sam Ramsden
Pret & Costa’s Coffee Is The Strongest On The High Street, According To Which?
By Sam Ramsden
Twitter Has *A Lot* To Say About The "Single Penalty”
By Sam Ramsden
Forestcore Is About To Take Over Your TikTok FYP
By Sam Ramsden
Get The Very Best Of Bustle/UK
Sign up for Bustle UK's twice-weekly newsletter, featuring the latest must-watch TV, moving personal stories, and expert advice on the hottest viral buys.