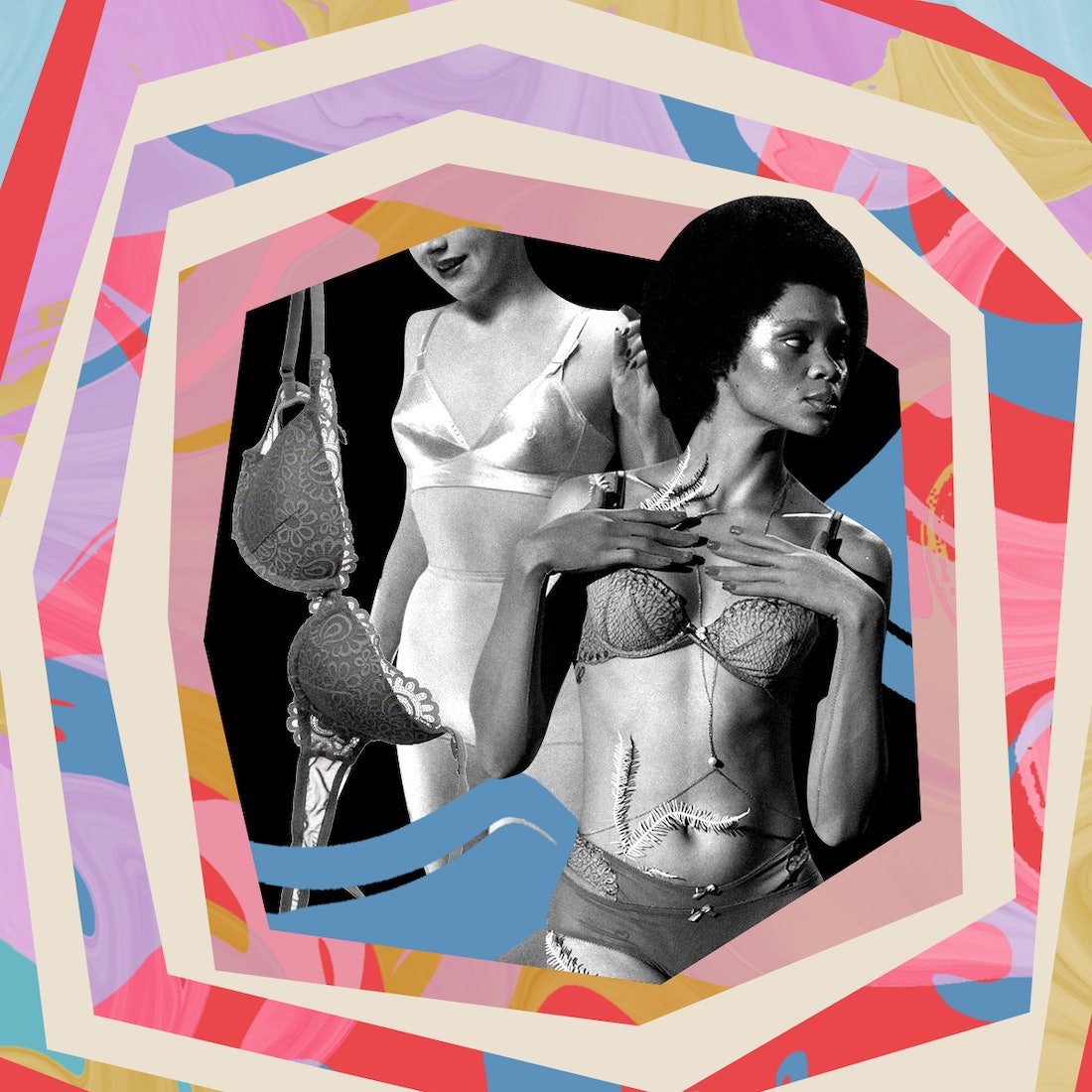 Bye bye, bras. We don’t need her anymore. I admit, I was agnostic about bras in the old world, but today, I’m a complete bra atheist. I treated lockdown as bra conversion therapy, and 365 days of couch-surfing later, it seems to have worked. As we approach summer, I have no plans of turning back. Not safe for work, you say? My fellow remote workers, you can always simply tilt your Zoom camera to shoulder height. Besides, have you ever looked at a photograph of Channing Tatum and seen his tits blink at you from underneath a tight, white, V-neck? Well, there you go. I’m of the mindset that if propriety is still meant to matter post-pandemic, it’s going to have to defy gender. And it’s not just me. Among the park partiers and outdoor diners, nipples of all shapes and sizes appear more frequently underneath this season’s array of summer wear, I have noticed.

Personally, I’ve been trying to turn the tide of bra religion since 2000, inspired by the appearance of Thandiwe Newton’s liberated chest in Mission: Impossible 2. Yes, I’m dating myself. Some battles are long-fought and hard won. Back then I was 18, living in the Bible Belt; I got plenty of looks from Walmart clerks and concerned parents at barbecues. But I wasn’t announcing anything about myself by being braless other than, just like any of the boys I grew up with, I was physically more comfortable just wearing a T-shirt.

The built-in bra tank top era? That was my jam. And when double-lined halters went out of fashion, I’d put a unitard on under almost everything and go out, like an injured dancer from Step Up Revolution. “Are you a ballerina?” the folks at CVS would ask as I purchased a variety box of tampons, throwing in bottled water and gum so as not to appear desperate. “Yes,” I’d lie. There was rarely any follow-up regarding recitals and rehearsal spaces — although, on occasion, I lied about those, too.

But soon we were in an era of bra visibility. It felt indecent to wear a shirt with nothing underneath, yet you could totally cop a bra for club nights out or — depending on the cut and outfit — any regular-ass hot summer day. It was the Beyoncé-next-to-the-FEMINIST-sign moment, and bras were legal streetwear. This was my new political platform: If I couldn’t go braless, everyone was going to know I was wearing a bra, and the bras of this era were all for show, thin-strapped contraptions with underwire cutting into abdomens. I see nothing wrong with enjoying the look of something that feels sexy and powerful, but there was a bra hierarchy in which Katy-Perry-whipped-cream-squirters were the clear winners, and bras that actually supported cleavage, as well as backs and shoulders, were too sexless to be relevant.

Now, it feels like those lift-and-separate brassieres are finished. Soft-cup, wireless bras and pull-over bralettes are eating into underwire bra sales as many of us take the comfy looks we’ve honed in the privacy of our homes out for a spin. Meanwhile, size-inclusive brands like Universal Standard regularly present an array of bodies free-breasting under their T- and sweatshirts like it’s the second coming of the ’60s. I stan. In my opinion, our 1960s bra-burning sisters got it right. Yes, that moment of protest, staged outside the 1968 Miss America contest, was about more than underwear, but so is our current rejection of underwire. It’s a rejection of the idea that breasts are supposed to have a desirable, uniform shape.

It’s not that I’ve abandoned bras in their entirety. It’s just an either/or situation. (As Rihanna put it: “If I’m wearing a top, I don’t wear a bra. If I’m wearing a bra, I just wear a bra.”) If I’m wearing a bra these days, it’s got the word “sports” in front of it — another thing I need us to abscond from, because I have no intention to exercise in them. My “exercise bras” are wonders of structural engineering, designed for the impact of long runs and HIIT classes. What we’re calling a “sports bra” lately is really a cute, snug, crop top. Bless this new wave of anti-bra bra tops on sale everywhere from Target to Girlfriend Collective. Halfway through the day, I like to pull my gut up above my stretch pants and give my side intestines a nice massage, and a shirt only gets in the way. This look is less video girl who also wants to take-back-the-night and more midday, Mediterranean nonna. Less YOLO, more IDGAF. So, yes, if you catch me without a proper bra and shirt combo, it means it probably means I don’t care enough about what you think of me to put one on. Don’t be offended — nowadays, that’s everyone.