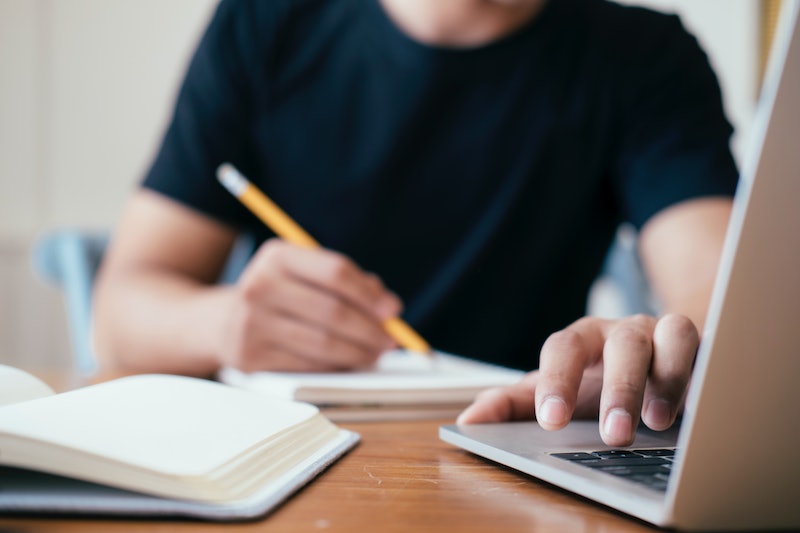 In order to be become a citizen of the UK, applicants are required to take a test that covers everything from history and politics to what the Grand National is. Named the Life in the UK Test, it’s based on information provided in a handbook that examinees can buy in order to study and prepare. However, several high profile historians are now urging the Home Office to amend the history section of the handbook and test, which they believe offers a false representation of slavery and the British empire.

Historians from some of the most well-respected institutions across the UK have put their name to the letter to ask the Home Office to revise the history section of the UK citizenship test. They've said that the handbook that the test is based on gives a distorted and incorrect version of history. The 175 signatories include two past presidents of the Royal Historical Society, 13 fellows of the British Academy, and the director of the Stephen Lawrence Research Centre.

Historian and broadcaster David Olusoga was one of the people who signed the letter. Speaking to the Guardian today (July 22), he said:

"This is another manifestation and a version of our history that whitewashes the difficult parts and if this is the history we’re telling to new fellow citizens then I somewhat despair. With the Black Lives Matter movement what we’ve seen is organisations and institutions all over the world listen in ways that they haven’t been able to do previously.”

In the letter, the historians have detailed how the handbook that was created by the Home Office is “fundamentally misleading and in places demonstrably false.” It continues: "The handbook promotes the misleading view that the Empire came to an end simply because the British decided it was the right thing to do."

It goes on to explain how the handbook presents a distorted view of slavery. “The abolition of slavery is treated as a British achievement, in which enslaved people themselves played no part. The book is equally silent about colonial protests, uprisings, and independence movements,” the letter says.

Anindita Ghosh is a professor of modern Indian history at the University of Manchester and took the test last year after having lived in the UK for 25 years. She told the Guardian, “One of the reasons I kept putting [the test] off was the book, because I personally found it very insulting knowing what I know of British and Indian history to read what was there in the book. Britain would not have been Britain today, if it had not been fed these resources from two centuries of rule in India. It’s a joke to just have that one paragraph [referring to India].”

The letter points out that the handbook and its view of British history "is not a left over from the distant past. It is a recent innovation, and some of its most misleading passages date only from the third edition published by the Home Office in 2013 which, with minor updates, remains the official text to this day."

Its final paragraph reads: "As historians we believe in debate, but interpretations of the past have to be based on facts. The distortion of the past is a challenge to democratic culture and liberal values. Historical misrepresentation should not be officially sponsored by the state." The signatories then ask for changes to be brought about as a "matter of urgency." They end by saying that "[u]ntil the history chapter has been corrected and rewritten, it should be formally withdrawn from the test."

The Home Office has responded to the open letter and calls for change, stating: “Given the breadth of British history, the Life in the UK handbook provides a starting point to explore our past and help those seeking to live permanently in the UK gain a basic understanding of our society, culture, and historical references which occur in everyday conversations."

They continue: "We have published several editions of the handbook since it was launched and will continue to keep its contents under review and consider any feedback we receive.”