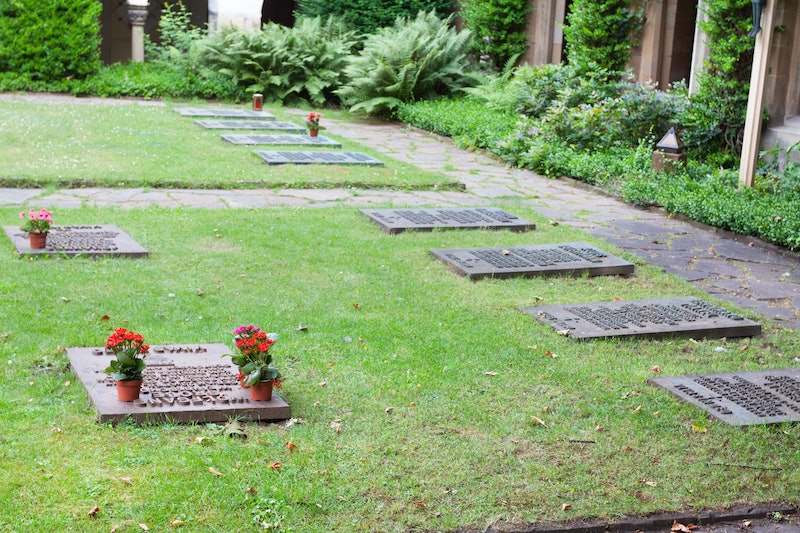 Recently I found myself in front of Benjamin Franklin’s grave in Philadelphia, Pennsylvania. My tour guide enthusiastically recited Franklin’s accomplishments and threw in some obscure facts for good measure. Did you know that folks throw pennies at Franklin’s grave in memory of his famous quote, “A penny saved is a penny earned”? The tour guide told us Franklin’s remains continue to earn thousands of dollars for the city each year. But are there really remains left? Benjamin Franklin died in 1790 — over 227 years ago. A fun, historical weekend turned morbid at that moment when I began to question, “How long does it take for your body to decompose after you die?”

Decomposition starts almost immediately after death. When you die, the heart stops pumping, depriving your cells of oxygen. Cells need oxygen and when they don’t get it, they begin to break down. All cells need oxygen to survive, but different cells die at varying rates. Brain cells, for example, die within minutes; while, skin cells can survive over 24 hours after death.

Have you ever noticed that a dead person’s skin looks ashen? There’s a scientific reason for that. Blood circulation helps give skin its color, when blood stops circulating, the skin will get a grayish tint. Also, when the blood settles, the skin closest to the ground will look like it’s bruised. If a person dies while lying down in bed on their back, their front side would be ashen and their backside would be a deep red-brown.

Initial decay is when the body looks ok on the outside, but the organs are breaking down internally.

During putrefaction, bacteria are active inside the body. While your cells die relatively shortly after you do, the bacteria in your intestines do not. Essentially, they stay alive and eat your decomposing corpse. How dare they betray you like this? Bacteria begin by eating through the gut, causing a green patch under the belly to appear. The patch will eventually form a blister. This process is why unattended dead bodies smell so bad.

Black putrefaction is a more advanced stage of rotting. The corpse becomes black and collapses on itself because the gases that formed during the putrefaction stage escape.

You can tell if a body is in the fermentation stage if there is mold present along with a very strong odor. At this stage, the body has begun to dry out.

Finally, there’s dry decay. At this point, the body has mostly dried out and decay has slowed rapidly.

The stages of decomposition are universal for all bodies, but the timeline can vary depending on the environment of the body’s final resting place.

“The rate of decomposition varies greatly due mostly in part to environment. A hot, dry climate could reduce a body to brittle skin and bones in two weeks, where a cool, boggy environment could take months,” Melissa N. Unfred, a Texas-based mortician, tells Bustle. “Another factor is bug and predator activity. If nature is present to help facilitate the breakdown of human tissue, the decomposition rate would increase.”

A lot of people who die and choose to have a funeral are embalmed. Embalming is a way to preserve a dead body. Although embalming slows down the decomposition process, it cannot stop it completely.

So when does a dead body finally become a skeleton? There’s no definite answer because of all the other contributing factors. But after over 200 years, it’s probably safe to say only bones remain of the man who discovered electricity and invented swim fins.