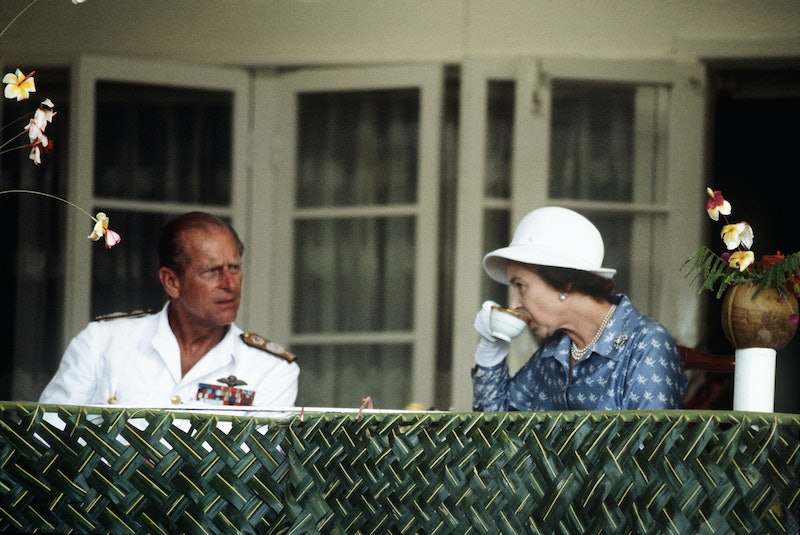 What comes first, milk or hot water? It's a debate that's torn apart families and left friendship in tatters. Someone you can't argue with, though, is the Queen. And now HRH's official tea supplier, Twinings, has actually come forward to establish the correct way to make a cup of tea.

Drum roll, please. Twinings have said that, when it comes to making the perfect cuppa, the milk should be added before hot water.

For hot-water-first-truthers, this may well come as a shock. But, as Stephen Twinings, the brand's director, explains, "[t]his allows the milk to cool the tea, rather than letting the tea heat the milk."

And Twinings has science to back them up. According to Dr Stapley of Loughborough University, adding milk first prevents it from heating unevenly and stops the "proteins in it to denature, meaning they lose their structure and 'clump', affecting the taste and contributing to that skin you get on the top," per the Guardian. As Twinings sums up, it simply "allows the milk to cool the tea, rather than letting the tea heat the milk."

Established in 1706 by Thomas Twining, the brand was first royally honoured by Queen Victoria in 1837. She granted the company its first Royal Warrant for tea, which is a "mark of recognition of those who have supplied goods or services o the Households of HM The Queen, HRH The Duke of Edinburgh, or HRH The Prince of Wales for at least five years, and who have an ongoing arrangement."

Victoria then appointed Twinings as a supplier of teas to the royal household, which the company have continued to do for "every successive British Monarch to date."

"As a company, we've had the honour of supplying every successive British King and Queen from that day to the very current day," Stephen Twining, the brand's director of corporate relations, told Town & Country. He's the 10th generation of his family running the business.

If you were wondering what the Queen prefers, you definitely won't get that secret out of Stephen. "The first rule of doing business with the Royal Households is of course confidentiality," he said. But as Town & Country writes, according to a former royal chef Her Majesty loves a Twinings Earl Grey with a little milk and no sugar.

More like this
The Queen’s Reaction To Helen Mirren At The Windsor Horse Show Was Utterly Priceless
By El Hunt
The New Intergalactic Coke Is Out Of This World
By El Hunt
10 Times Boris Johnson Got It Wrong On Trans Rights
By El Hunt and Sam Ramsden
How To Master Baby Braids, According To TikTok
By Tomi Otekunrin
Get The Very Best Of Bustle/UK