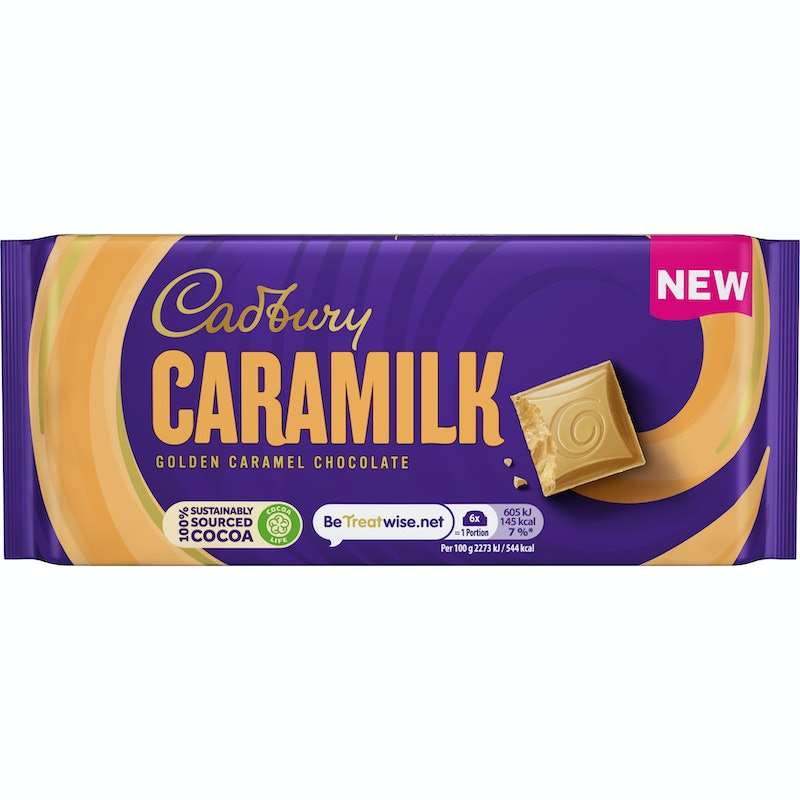 The ultimate treat for caramel lovers is set to arrive on UK shores this month. Made from a blend of caramelised white chocolate, Cadbury’s Caramilk bar has previously sold-out in Australia stores and will now be available to British chocoholics, too.

Brits can expect Caramilks to hit supermarket shelves nationwide at the end of June 2021, according to a statement sent to Bustle. There will be three versions of the bar to choose from:a 37g bar for 69p, a 80g bar for £1, and a 90g for £1.50.

Hopefully the introduction of Caramilks will also pave the way for Caramilk Hokey Pokey bars, too. This bar, which combines white chocolate and hokey pokey candy (which is similar to honeycomb), is a New Zealand spin on the Aussie original. “The combination ... brings together two iconic Kiwi flavours in the one delicious Cadbury block,” said marketing manager Kate Watson at its launch.

The Hokey Pokey bar launched in New Zealand in June 2021 and, after some uproar, it became available in Australia in May 2021, too.

“When we released Caramilk Hokey Pokey in New Zealand last year, we received such an overwhelming number of requests from Australians, so it was clear that we had to bring it across to Australia this year,” Watson said.

So when Caramilk is officially circulating in the UK and you inevitably fall in love with it, make sure you @ Cadbury’s about the Hokey Pokey bar too, please.