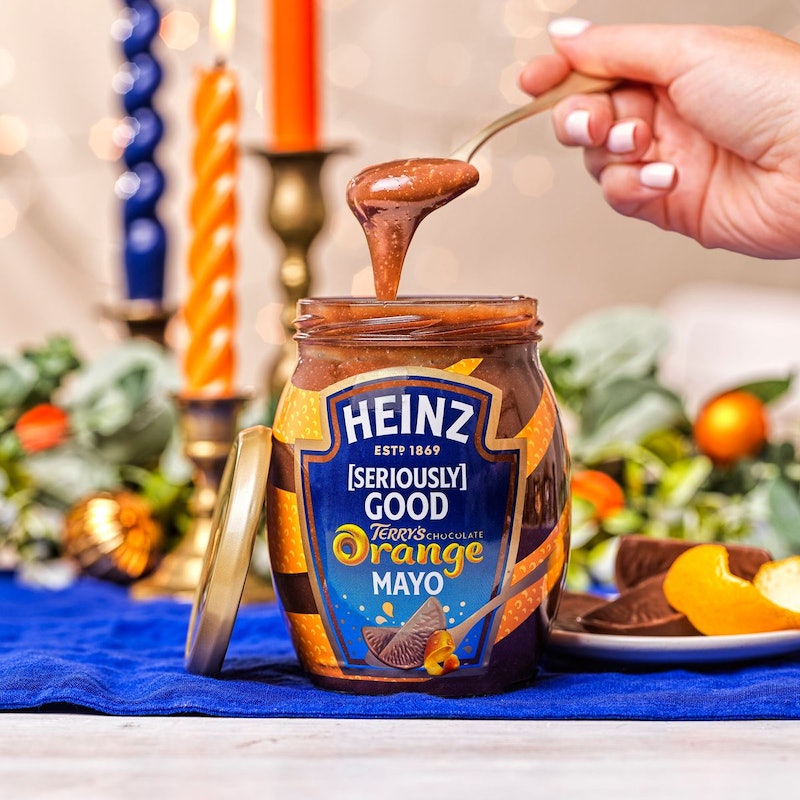 You know those foodie fusions that sort of sound terrifying but are so wacky they might just work? Think the marmite peanut butters of the world – or that time ketchup was green. Well, the newest treat to enter the ring is chocolate-orange-flavoured mayonnaise by Heinz, which will change the way we all think about condiments forevermore.

Yep, that’s right, you can now eat your chips with mayo that tastes just like a Terry’s Chocolate Orange, although – let’s be honest – it’s probably not recommended. The new flavour has been introduced as a limited-edition Christmas snack and is designed to be used on crumpets, toast, or croissants.

So far, there have been mixed thoughts and reviews on the collab. While Holly Willoughby and Phillip Schofield came to the conclusion that it wasn’t that bad when tasting it live on air during This Morning, those on Twitter are yet to be convinced.

“I love Terry's chocolate orange and I love mayo but this combo is just disturbing,” wrote one, while another added, “Chocolate orange Mayo? What fresh hell is this?!”

If you’re brave enough to try it, you may want to get in line, as the product actually isn’t going on sale and is only available to ‘win’ if you enter a prize draw to secure one of the limited edition line. You can enter via Heinz’s website. You’ve got until Dec. 13 to try your luck.