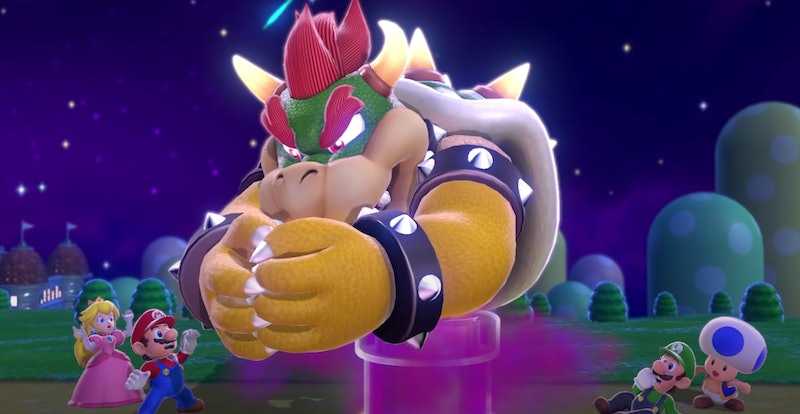 Scrolling through Twitter, you may have noticed a new trend pop up that asks users to "post an image of yourself that would make the final boss without downloading new pics." But unless you're somewhat versed in video games, the term "final boss" is probably leaving you pretty confused. So what is the final boss meme and how can you join in?

A "final boss" refers to the main antagonist of a video game, usually one you have to fight at the end of the story. Think Bowser in Super Mario, Goro from Mortal Kombat, or frankly any boss in Dark Souls. The final boss is often a foreboding, formidable foe that'll make you want to hurl your controller at the screen, but defeating it will give you immense pride.

So what's this got to do with the meme? Well, as the caption suggests, users are tasked with finding photos of themselves that give off major final boss vibes. The only rule is that you can't download or take new photos specifically for the meme, otherwise that takes the fun out of it. The results are a mixed bag: some are opting for humour while otherwise just look downright badass.

Even celebrities are getting involving, including Drag Race UK star Crystal and author Juno Dawson.

The "final boss" meme is relatively new, but its origin is seemingly unknown. According to Know Your Meme, it seems to have originated from a Twitter thread including the user @EmmaIllustrate, which is a quote tweet from user @JAM_WAH that has since been deleted. Looking at the thread under @EmmaIllustrate's photo, no one can seem to figure out where it actually started. As with a lot of memes, it seems to have gotten lost in retweets so we may never know who started the trend.

Regardless of where it came from, the meme is still going strong and producing some pretty epic final boss-esque photos. To get in on the trend, all you've got to do is scroll through your camera roll and find a pic of yourself that would make the perfect final boss. Post that along with the sentence, and you're good to go – no hashtag required. And if you don't want to use a photo of yourself but still want in on the trend, pics of pets are also allowed.