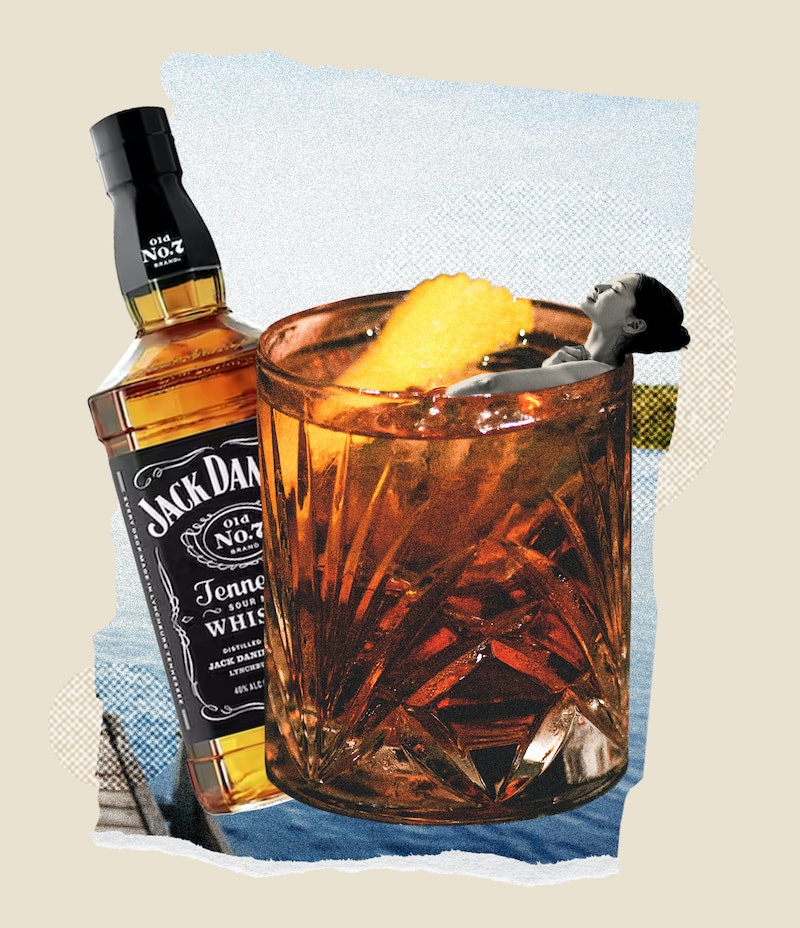 Most members of the 21+ crowd have a drink they find themselves ordering again and again at the bar. Perhaps you’re still a member of Rosé’s loyal fanbase or you like to give trendy cocktails like the Dirty Shirley a try — but maybe, just maybe, you want to explore a different liquor that may have seemed intimidating to you in the past, like whiskey.

U.S. Brand Ambassador for Jack Daniel’s and experienced mixologist Eric “ET” Tecosky thinks there are some misconceptions about whiskey that make some drinkers shy away from it, especially when it comes to its strong taste, which some people believe is indicative of its alcohol content, although that’s not the case.

The numbers speak for themselves, but humans can be creatures of habit when it comes to ordering at the bar. For me, I most often order a tequila soda with lime — call me basic! — but I’ve enjoyed my fair share of whiskey on occasions that called for it like St. Patrick’s Day, football tailgates, or any occasion that involved cocktails in the wintertime. It wasn’t until I had the opportunity to explore the Jack Daniel’s distillery in Lynchburg, Tennessee that I found a deeper appreciation for the dark liquor that once felt too aggressive to me.

Jack Daniel’s Old No. 7 Tennessee Whiskey (the one that comes in the signature black label bottle) is the best-selling whiskey across the globe and a Jack and Coke is the most-called for order at bars everywhere according to the MSS Drinks Database Report. Clearly, people like whiskey, but there’s more to it than haphazardly mixing it with Coca Cola or ginger ale. Below, find out everything you need to know about weaving whiskey into your repertoire even if you’re a beginner.

What’s The Difference Between Bourbon & Whiskey?

While the two liquors may look and taste similarly, there are some specific distinctions that separate the two. While all bourbons can be classified as whiskeys, the reverse isn’t always the case. For a whiskey to qualify as a bourbon too, the whiskey must be produced in the U.S., the mixture of grains used to distill the product must contain at least 51% corn, distilled to 160 proof or less, and then enter new, charred oak barrels for aging at 125 proof or higher. Jack Daniel’s, for example, qualifies as a bourbon but is more accurately considered a Tennessee whiskey because of the extra step of filtering the distillate through charcoal. Specifically, Jack Daniel’s Tennessee whiskey is “mellowed” through 10 feet of sugar maple charcoal to soften its flavor.

What Is Whiskey Made Of?

Whiskey is made of a fermented mash of grains often made of corn, barley, malt, rye, and yeast. This mash is then filtered and aged in barrels to achieve the signature dark color and taste of whiskey.

How To Taste Whiskey

Tecosky’s advice is to make it an event and invite some friends over to try a few different bottles of whiskey. You don’t need to pull up to a distillery and experience a tasting from an expert to find out what you like “because palate is palate.”

Start at an 80 proof bottle and work your way up to the higher numbers to make it easier on the palate as you taste. You can waft the scent through your nose or even breathe in through your mouth first, then go ahead and take a sip. “Take a tiny little sip. Let it coat your mouth. Don't even worry about what you're tasting on that first sip. The second sip, that's where you start saying, ‘Oh, what do I taste?’” says Tecosky. His advice above all else is to not let anyone tell you what you do or don’t taste, because enjoying whiskey is a unique experience led by palate and preference.

How To Serve Whiskey Cocktails

Tecosky emphasizes that no matter what glass you use, your cocktail is going to taste the same, but if you want the drinking experience to be a bit more Instagram-worthy, there are some rules of thumb. Coupes, footed rocks glasses, and Nick and Nora glasses are all great for cocktails and can be chosen depending on your intended look.

Keep in mind that how a cocktail is prepared may add to the final quantity of liquid. If a drink is stirred, for example, the dilution from the ice could throw off the measurements so Tecosky says to keep “a little bit of room left at the top, so you're not carrying that glass over your white carpet and spilling.”

Best Drinks To Make With Whiskey

“When you think about the iconic whiskey cocktails, Old Fashioneds, Manhattans, those are really a lot of alcohol-forward cocktails,” Tecosky tells Bustle. “You can do fun riffs on these season to season and there's no reason to think ‘Whiskey can only be this one sort of drink.’"

Using seasonal ingredients like peaches or watermelon muddled into whiskey cocktails in the summer is one suggestion, but simply replacing the existing liquor for whiskey in recipes you love is another, Tecosky suggests. “A famous Tiki drink is the Mai Tai [rum, Curaçao liqueur, orgeat syrup, and lime juice]. I love to substitute in Jack Daniel’s and call it a Black Tie.” Find some more whiskey cocktail ideas from Tecosky below.

Instructions: Lightly shake all but ginger beer. Add Ginger beer to tin. Strain over ice. Garnish with a lemon wheel or peach and/or mint sprig.

Instructions: Combine all ingredients in a punch bowl right before service. Add a few ice cubes and stir. Serve over ice. If pre-batching - leave out ginger beer and ice until moments before service. Garnish with pineapple flower or wedge.

What's One Fun Fact Every Beginner Should Know About Whiskey?

“A lot of people know that whiskey is aged in barrels, but people do not realize that the barrel is 100% of the color of every age whiskey,” Tecosky says. So if you want to impress the connoisseur in your life, be sure to keep that fact in your back pocket.

Ultimately, whiskey offers more versatility than a stiff drink on the rocks or the first step of a pickleback shot. It can be used like any other liquor with a similar proof to create fruity, sweet drinks for the summer or spiced, earthy drinks in the winter. Don’t let the color fool you — it’s just from the aging process anyway — and try out a whiskey drink next time you’re at the bar or try your hand at mixing your own whiskey-based concoctions at home. Even the most knowledgeable whiskey experts started off as beginners. Cheers to trying something new.

More like this
How To Make The Watermelon, Feta, & Mint Salad Trending On TikTok
By Emma Garza
Starbucks Released New Menu Items For The Summer
By Emma Garza
23 Personalized Father's Day Gifts Your Dad Will Actually Like
By Brittany Bennett
Your Guide To Water Signs
By Brittany Beringer
Get Even More From Bustle — Sign Up For The Newsletter