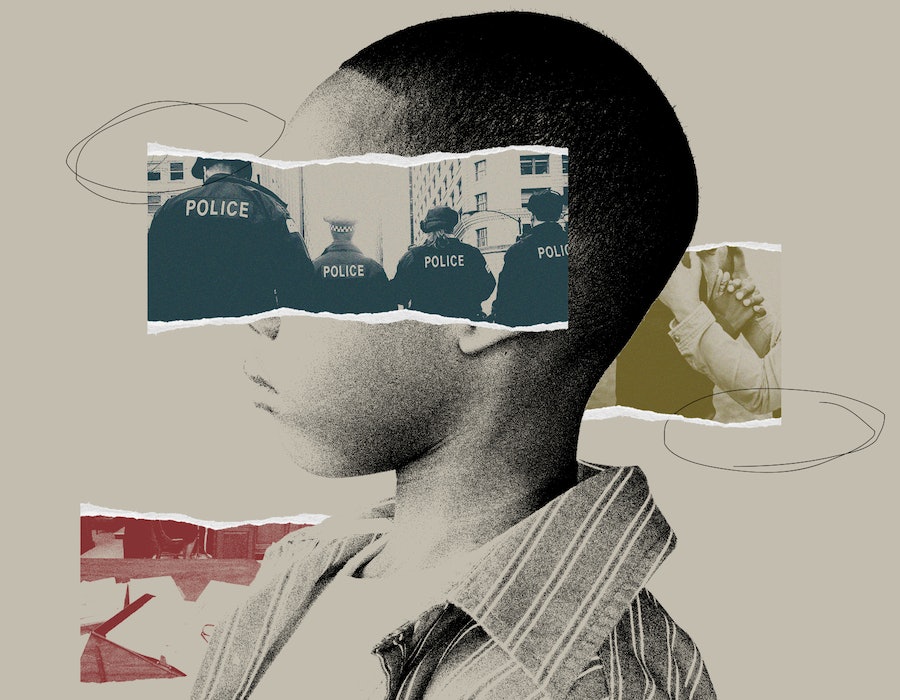 Last summer, 13-year-old Christopher Kapessa drowned in the River Cynon, South Wales. He'd visited the river with a group of young boys, who initially told police that he "slipped and fell" into the river. It was later alleged that Christopher, who was the only Black child there, was pushed into the water "with two hands" by a 14-year-old boy, who was white.

As HuffPost UK reports, local police initially deemed Christopher's death a "tragic accident", despite evidence to the contrary. This evidence was then submitted to the Crown Prosecution Service, who deemed the prosecution of the case to not be "in the public interest."

The 13-year-old's mother Alina Joseph has since accused both the police and the CPS of institutional racism over the decision not to prosecute, as have several campaign groups including Racism Alliance Wales and Cardiff Stand Up To Racism, per BBC News.

What happened to Christopher Kapessa?

Christopher passed away on July 1, 2019, after drowning in the River Cynon. He couldn't swim and was pronounced dead shortly after his body was recovered, HuffPost UK reports.

In 2011, Christopher and his family moved to South Wales from London and were collectively known as "the only Blacks in the village" as his mother explained to the Times (via WalesOnline). "She's a Black lady with seven Black children of African heritage who faced everything from racial abuse to assault, to offensive graffiti being daubed in and around her home," Race Alliance Wales' Hillary Brown, who is also the family's lawyer, told BBC News.

"We're doing the best we can to keep her focused on the other children, on herself and her own health," she added, whilst also seeking justice for Christopher.

What did the police & CPS investigations reveal?

After hearing that the crime scene had allegedly not been cordoned off and one out of 14 witnesses were supposedly interviewed, per BBC News, Joseph began to question the police investigation. "When I questioned them itself as if I was being interrogated as to whether I knew my son or not," she said. "They wanted us to go along with whatever they were saying."

Despite being told by the CPS in February 2020 that there was "sufficient evidence to support a charge of an unlawful act of manslaughter" by the 14-year-old white suspect, they suggested the push was "not in an effort to harm someone" and was instead "ill-considered by a young boy who had not considered the full potential of the consequences."

As detailed on the CPS’s official site, the “public interest stage” of their legal test wasn’t met. This takes a multitude of factors into consideration when pursuing a prosecution. This included taking the suspect’s age into account, the evidence of the crime, and the suspect’s lack of criminal record. According to the CPS, evidence “suggested the push was not a deliberately hostile or violent act” making the “suspect's actions less culpable.”

The CPS also detail that a “prosecution and conviction” of the suspect “will have a significantly detrimental effect on [their] education, employment, and future prospects.”

The suggestion of racial bias is also detailed by the CPS, who state that “there was nothing in any of the statements of the young people which suggested any racial issues or that this was a hate crime.”

Subsequently, no charges have been made against the suspect. A complaint by Race Alliance Wales on behalf of Alina Joseph was made to the Independent Office for Police Conduct, which is still ongoing.

"Critically my family were let down by institutions such as South Wales Police and the Crown Prosecution Service whose ethos is to serve and protect," Joseph said in a press conference. "They have failed me and they continue to fail black families as victims, witnesses, and suspects across the country. We knew from day one that our son had not fallen into that river."

How are Kapessa's family combating this & what can I do to help?

"I've always been fighting but now it feels like you have the world behind you," Joseph said, referring to the current momentum behind the Black Lives Matter movement. "Christopher was innocent. My son deserves to have justice."

On October 20, the Kapessa family launched legal action against the CPS for their decision on the case. Detailed in a press release by the official Justice For Christopher Kapessa Twitter (@JKapessa), the new application for judicial review is seeking the High Court “to issue an order forcing the CPS to reverse its decision.”

Joseph expressed the pain and sadness she and her family feel after continuing to be “let down by such institutions such as South Wales Police and the CPS,” she said. “I am seeking justice not revenge. I just don’t want another black child and family to be failed by the system.”

For those looking to help Christopher's family, a crowdfunding page has been set up to help towards their legal fees. A petition has also been set up on Change.org to help bring justice for Christopher, which has garnered over 74,000 signatures, at the time of writing. The petition is aiming to bring the "suspension of police officers involved in the initial investigation" and an "independent inquiry into the conduct of South Wales police and other agencies involved so that lessons can be learned."

More like this
Gen Z Are Twice As Likely To Identify As Queer, According To New Data
By Sam Ramsden
Pret & Costa’s Coffee Is The Strongest On The High Street, According To Which?
By Sam Ramsden
Twitter Has *A Lot* To Say About The "Single Penalty”
By Sam Ramsden
Watch Jacinda Arden’s Devastatingly Honest Resignation Speech
By Sam Ramsden
Get The Very Best Of Bustle/UK
Sign up for Bustle UK's twice-weekly newsletter, featuring the latest must-watch TV, moving personal stories, and expert advice on the hottest viral buys.

This article was originally published on July 27, 2020