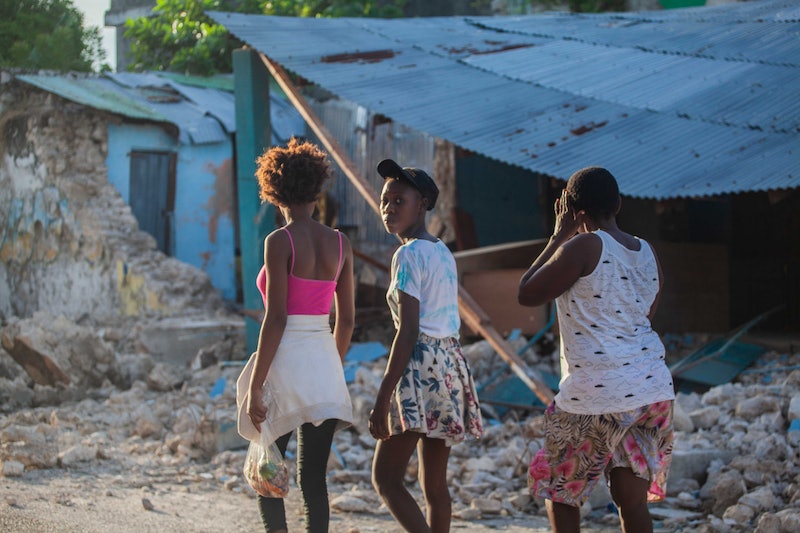 On Saturday, Aug. 14, Haiti was hit by a 7.2 magnitude earthquake that destroyed thousands of homes and businesses, particularly in the southwest of the country. The death toll rose to 1,300 by Aug. 16, per Reuters, and nearly 6,000 people have been injured. The country is now bracing for the impact of Tropical Storm Grace, which will complicate search and rescue operations.

This is the second massive earthquake in 11 years for Haiti, which was devastated by another powerful quake in 2010 that killed tens of thousands of people. It is also the second major destabilizing event of the year: Haiti’s president, Jovenel Moïse, was assassinated on July 7 in unclear circumstances.

Vice President Kamala Harris tweeted on Saturday that the United States would “move quickly” to “assess the damage and assist in recovery.” USAID, the United States Agency for International Development, deployed a disaster relief team to help the island on Aug. 15, according to USAID head Samantha Power, while tennis player Naomi Osaka, who is of Haitian descent, tweeted that she’ll donate her winnings from the Western & Southern Open this week to earthquake relief efforts.

Because some international aid organizations’ responses to the 2010 earthquake were criticized for mismanaging funds, Haitians in the country and in diaspora are calling for donations to locally based aid groups. Here’s where you can donate to make the biggest impact on the ground in Haiti.