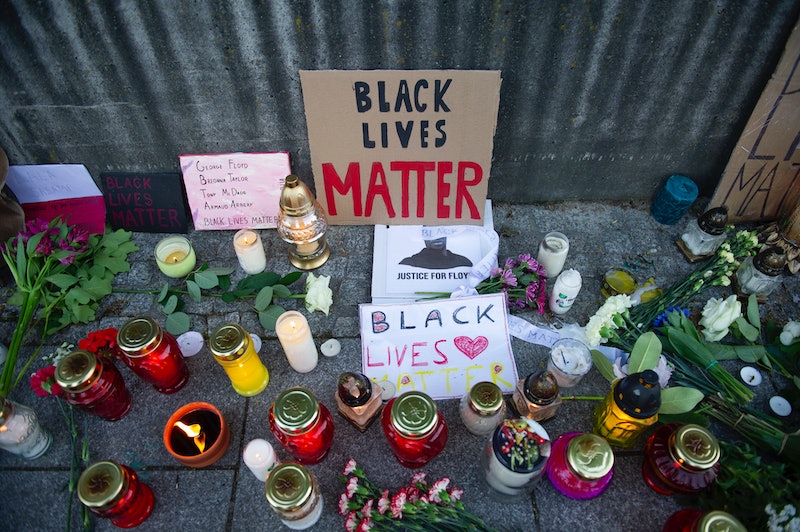 Over the past year, protests related to the deaths of George Floyd, Breonna Taylor, Tony McDade, and countless others killed by police violence have taken place across the nation, and footage of the demonstrations have been broadcast on the news and on social media. Those photos and videos, even as they raise awareness, could inadvertently lead to security risks for protestors caught on film.

According to digital policy consultant Kristina Podnar, in sharing a video of your experience to spread awareness, you might be unintentionally exposing criminal activity, or putting yourself or others at the protests in danger of being tracked by the police. To ensure that you're not putting yourself or others in danger of negative consequences, you need to be mindful of your social media security practices and habits.

"There needs to be at least a recognition that the person standing next to you may not be in the same position as you are and by sharing images you may be endangering them," Podnar tells Bustle. In essence, it's not just about what you're comfortable with sharing; it's about the safety of others.

If you've already been to a protest without taking measures to protect your cybersecurity, Podnar says they're not much you can do except delete that footage and your posts ASAP. But if you plan on taking to the streets in the future, or have uploaded footage from a rally on social media, there are steps you can take now to minimize risk to yourself and others.

If You Went To A Protest

If you've already been to a protest and didn't take any preliminary precautions, like turning off your location services or not livestreaming, Podnar says you've already put yourself at risk to some extent. With body cams, video surveillance, and data that's already been exported by your phone or posted to social media, that information could be permanently exposed. "All you can do, if you did capture something you regret, is delete the information from your phone and social media," Podnar tells Bustle. "Once the information is out there, you have no way of understanding if an AI tool has already ingested it," she adds.

If you went to a protest and want to share the footage you took to spread awareness, Podnar suggests you pause before uploading anything. "Consider whether you are sharing and posting for the benefit or detriment to you and others," she says. If there are recognizable faces or tattoos in the video, you could accidentally expose others.

If You're Going To A Protest

If you plan on attending a future protest, you're going to want to increase your digital safety precautions before you leave the house. "Your smart phone has ample geolocation technology to pinpoint exactly where you were at what time within several feet of where you were," Podnar tells Bustle. Even if you got to a march with the most peaceful intentions, if illegal activity occurs and you could be identified as being in a specific time and place, attached to the event, or with evidence of the event, "You have the opportunity to be swept up in mass roundups or other activities that are not part of your plan," Podnar says. "For those who may be undocumented, the risk is potentially even higher, as roundups can imply detention or even deportation," she adds.

This technology is present whenever you have your phone on you, even if you're not signed into any apps or it. But when you sign into apps, and use social media, that information can leak out to third parties, which make it impossible to contain. "Third party developers collect data as part of their agreements with social media platforms. That may include the likes of Clearview AI, but also others which you may not realize," Podnar says.

According to Podnar, all footage posted "needs to be a conscious decision and not a random by product of action," so do not livestream or post footage without reviewing it, and follow these steps to ensure that your security efforts are as efficient and respectful as possible:

A protest can be an emotional and moving event, that will leave you feeling energized for action. But before you join, or before you share, make sure that you've taken some time to cool down, and carefully review the potential risks of posting. And if you are unable to protest, you can click here for information on organizations that need your help from home.