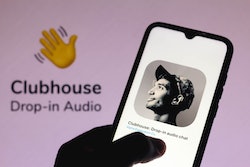 Since launching its beta in early 2020, Clubhouse has garnered over 8 million users through its voice-based app and left other social media giants like Twitter and Facebook scrambling to keep up. Twitter recently announced Twitter Spaces, a feature to the app that will also allow for audio conversations, while Facebook is also working on a new product that will rally Clubhouse. The newest contender to the audio gang is Instagram and their latest update is one you’re going to want to check out.

Later this month, Instagram is launching “Live Rooms,” where users will be able to add two more users to their live broadcast for a total of four instead of the current two. Instagram is already one of the most popular social apps, and many users have been looking forward to the addition of more guests on Instagram Live broadcasts. As the pandemic has lasted longer than we all would have hoped, many artists have taken to Instagram Live to broadcast their latest and greatest projects. Numbers hit record highs during the infamous Verzuz battle between Gucci Mane and Young Jeezy with 9.1 million viewers watching the rap battle.

With two new ways to broadcast with your followers, here are the key differences to know between Instagram Live Rooms and Clubhouse.