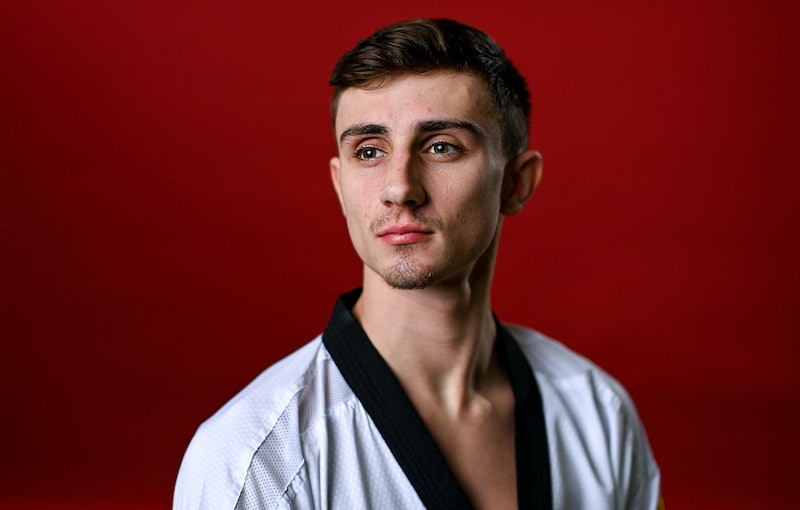 Content warning: this article contains graphic images of injuries that some readers may ming distressing.

Just over two weeks after competing in the Tokyo Olympic Games, Irish Taekwondo athlete Jack Woolley was brutally attacked in Dublin last Friday (Aug, 13). In a graphic Instagram post, shared on Sunday evening, the athlete described being randomly “punched in the face” after being accosted by a gang of “roughly 8-12 men and women” who were terrorising passers-by along the River Liffey.

The 22-year-old from Tallaght was Ireland’s first-ever competitor in taekwondo at the Olympic games,. The athlete shared distressing photos following the attack, including being attended to by medics on the scene while covered in blood and his severe facial injuries which required reconstructive mouth surgery.

“... Last night (Friday 13th August) I went for a meal with my friend. Followed by a bar for a couple of drinks. Heading back along the River Liffey a gang of roughy 8-12 men and women in their 20s began violently attacking people along the boardwalk,” Woolley shared in the post.

“Unfortunately I was victim to these random attacks as I was just walking by I was punched in the face by one of these group members,” he shared.

Woolley said he received “only one punch” and said his attacker admitted to charging the “wrong person.”

“Only one punch and followed by “my mistake wrong person” then they continued to run off down the road attacking more civilians minding their own business, “ he wrote.

Thankfully, Woolley says he was “able to phone an ambulance and stay conscious” following the incident and his friends were on hand to help before he was he and others were hospitalised.

“Thank you all again for the support and kind messages. I hope for a speedy recovery. It’s been a tough couple of months,” he went on to add.

The Olympian has since received surgery on his mouth at St James Hospital in Dublin and came to Instagram stories to thank fans for their well-wishes, after a flood of supportive messages.

Fellow Olympian, Deidre Duke, was one of the many well-wishers, writing: “That is so awful Jack, I hope you’re okay & make a speedy recovery.”

Per the Irish Independent, Gardaí (Irish police) said they attended the scene of an assault that occurred on Grattan Bridge, however “no arrests have been made” and “investigations are still ongoing.”

More like this
Holly Willoughby & Phillip Schofield #Queuegate Drama, Explained
By Sophie McEvoy
Buckingham Palace Shuts Down Rumour About King Charles III's Coronation
By Sophie McEvoy and Sam Ramsden
New Coins Unveiled As King Charles III's Reign Gets Underway
By Sam Ramsden
The Queen’s Cause Of Death May Not Be Formally Announced
By Shahed Ezaydi and Catharina Cheung
Get The Very Best Of Bustle/UK