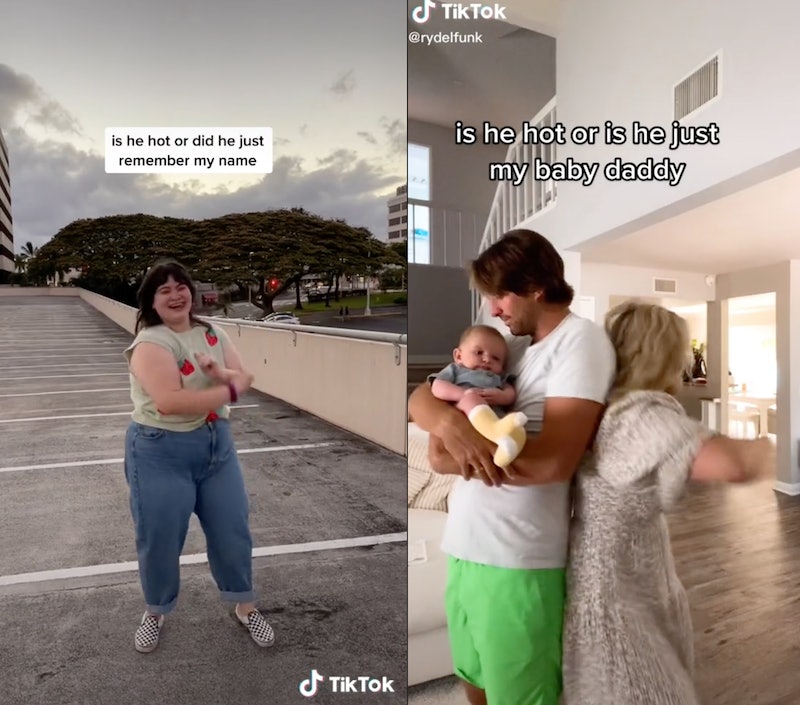 The caption reads, “Is he hot or did he just leave me on read?” as a young woman does a victory dance to the tune of “Pretty young twearkalator,” by yUh. (The song is so catchy, good luck getting it out of your head for the rest of the week.) “Is he hot does he just not mansplain Bitcoin?” another TikToker questions while cheerfully breaking it down, spanking the air in front of her.

TikTok’s catchy “Is he hot or” video prompt has inspired a wave of tongue-in-cheek videos pretending to celebrate the most toxic or superficial traits that people have fallen for in a partner, from gaslighting to wearing jeans that fit. Videos with the hashtag #IsHeHotOr have garnered over 11 million views. While some of the most popular ones are meant to be irreverent and vaguely negative, some couples are taking on the prompt to share their appreciation for their partners. The whole trend is both hilarious and surprisingly tender for TikTok.

There’s a bit of a psychological element to the trend, too. Though the TikTokers likely don’t intend this, they’re reflecting a popular couples counseling theory called the Gottman Method. According to the theory, these tiny tokens of appreciation might seem like pretty small bones to throw your life partner (or baby daddy) but they’re actually key to increasing affection and respect. Voicing praise for little things you like about your partner — the way they indulge your interests, or the way they text you back quickly — goes a long way in making them feel connected and seen.

Making a TikTok isn’t the same thing as couples therapy, obviously, but the trend is a sweet reminder of the importance of positive affirmations in a relationship. So if you’re wondering, “Is he hot, or does he just open the door for me?” think about letting him know directly.