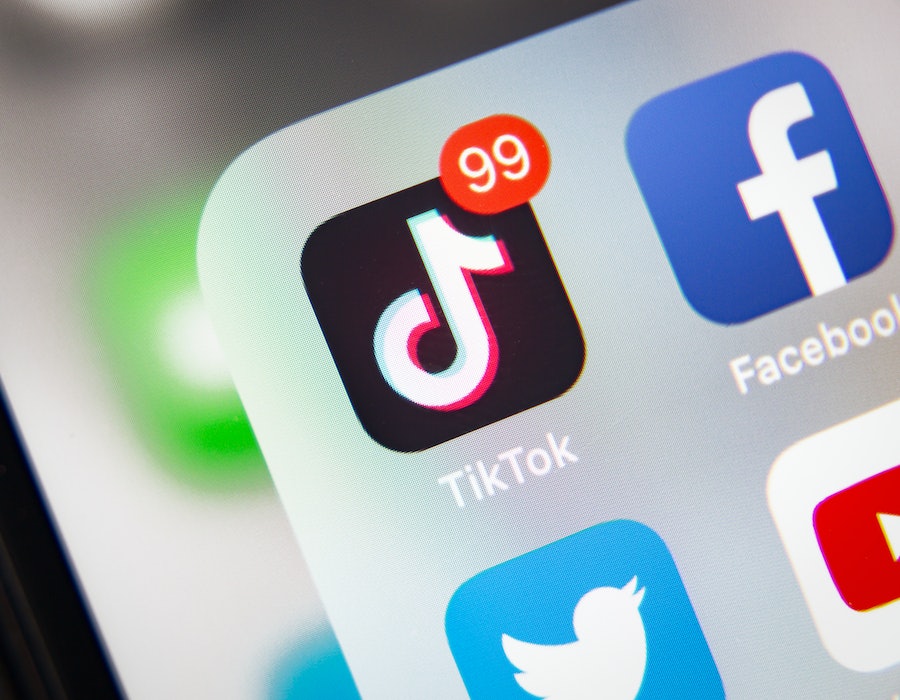 Though it might be hard to believe that one of the most popular apps in the country, TikTok, could be at risk of being banned, it's a real possibility. The Trump administration announced it was looking into potential security concerns with ByteDance, the Beijing-based tech company that owns the app, concerned that it may be sharing user data with the Chinese government.

The ban rumors come after TikTok pulled out of the Hong Kong app market, following a law granting the Chinese government expanded data-collection powers. On Fox News, Secretary of State Mike Pompeo went so far as to suggest the app was a threat to national security, saying downloading the app is akin to placing "your private information in the hands of the Chinese Communist Party." But in a letter to the Indian government, which recently banned the app, TikTok CEO Kevin Mayer said the Chinese government "never made a request for the TikTok data of Indian users." He added, "If we do ever receive such a request in the future, we would not comply." (Bustle reached out to TikTok for comment, and we will update this piece when we receive a response)

According to Jessica Robinson, founder and CEO of cybersecurity firm PurePoint International, the threat to ban the app in the U.S. is "bigger than the app itself." To Robinson, who doesn't believe that there is any information to support the idea that the app is a danger to national security, "this is about China." While there's a possibility that the app is not as safe as it should be, Robinson says that it's important to look at the ban threat from a global perspective. "There is a U.S. trade war with China," she says. "There is no way to look at this issue without factoring the broader stance between the two countries into the equation." In essence, Trump is mad at China and could be looking to ban Chinese-made apps as "punishment."

The combination of geopolitics and confusing privacy policies can make it hard to determine whether or not TikTok is actually safe to download and use. Here's what you need to know to make that decision for yourself.

There Is A History Of Security Concerns Between The U.S. And China

It's important to know that there is some cyber beef between the countries already. "China has a history of corporate espionage," Robinson says, noting past cyberattacks against corporate entities in the U.S. by Chinese citizens as recently as June. That said, Robinson also says that just because China has been behind such acts before, "doesn't mean that's what's happening now with apps like TikTok."

If user data obtained by the app were being shared with the Chinese government, corporations would be more vulnerable than individuals because that private data could be considered more valuable. This could explain why on July 10, Amazon asked its employees to delete the app from their work phones, citing security risks, though a few hours later the company said it sent the email out in error. And next week, a United States Senate committee will vote on a bill that would ban government employees from using the app on government-issued phones.

"Companies should definitely be mindful of making sure their employees are not using TikTok on their phones, but I don't see evidence to suggest individuals using the app on their personal phones could be at risk," Robinson says.

Privacy Concerns With TikTok Are Not New Or Unique

According to Kristina Podnar, a cybersecurity expert, the data we share with TikTok is no different than the data that we share with any other app. "Whether it is TikTok, Facebook, Twitter, WeChat or any other platform, once you provide your personal data, it is out there," she says. "Whether the data is deliberately shared with a foreign government or if it is compromised in a data breach, nothing that you publish to any platform can be considered safe," she says. Even if you delete the app, or never downloaded it in the first place, "the Chinese government can gather most of this data about U.S. citizens from the dark web," she adds.

In an October 2019 blog post, TikTok said all its data is stored in the U.S., with backups in Singapore. "Our data centers are located entirely outside of China, and none of our data is subject to Chinese law." But as Podnar explains, "there is no way to test and confirm that from a user perspective," and the U.S. government would have to do a thorough investigation to prove that Chinese law could apply to the data. In her opinion, it's doubtful that TikTok would "take on such a risk as to misstate where their data is hosted." She adds that in terms of security, it's promising that the app has already distanced itself from Chinese influence, noting its withdrawal from the Hong Kong market. TikTok is not available on the Chinese mainland, either.

However, because TikTok’s parent company is based in China, "it is entirely possible that the Chinese government could try to compel not just the parent company to supply user data, but for the subsidiary as well," Podnar says. But currently, Podnar doesn't see any evidence to support that possibility.

Your Personal Security Risk Is Low

Both Podnar and Robinson agree that individual users are not at risk of data breaches and should not be concerned with the collection of data. That said, it's up to the individual to decide what they want to share. "If you don’t mind a foreign government knowing what you are watching, where you are located, and what you might be saying to friends over TikTok, then you are likely fine," Podnar says. But if you would rather not reveal more information than what's already out there, "Delete the app, and better yet, reinstall your iOS and download needed apps anew," Podnar says, as an effort to reduce the amount of data you provide apps. She notes that you can (and should) be considering this periodically anyway as part of good digital hygiene.

No matter what apps you use, it's important to be an educated consumer. "Read the terms and policy and be mindful of what you put out there and how it can be used," Robinson says.

Is TikTok Really Going Away?

Banning TikTok in the U.S. would be hard to pull off, both Podnar and Robinson say. "To remove a platform like this would be very challenging," Robinson says. First, the U.S. government would have to find some proof that TikTok was indeed vulnerable to surveillance from the Chinese government, which the company is working very hard to distance itself from. Then, the U.S. government would have to face "public pressure and backlash" from both individuals and companies who use and monetize the app. And on a human level, Robinson says that if a threat could not be confirmed, banning the app would be harmful for morale. "People use the app to express themselves and connect with others during an isolating time," she says. "Right now TikTok is supporting the quality of their user's lives."