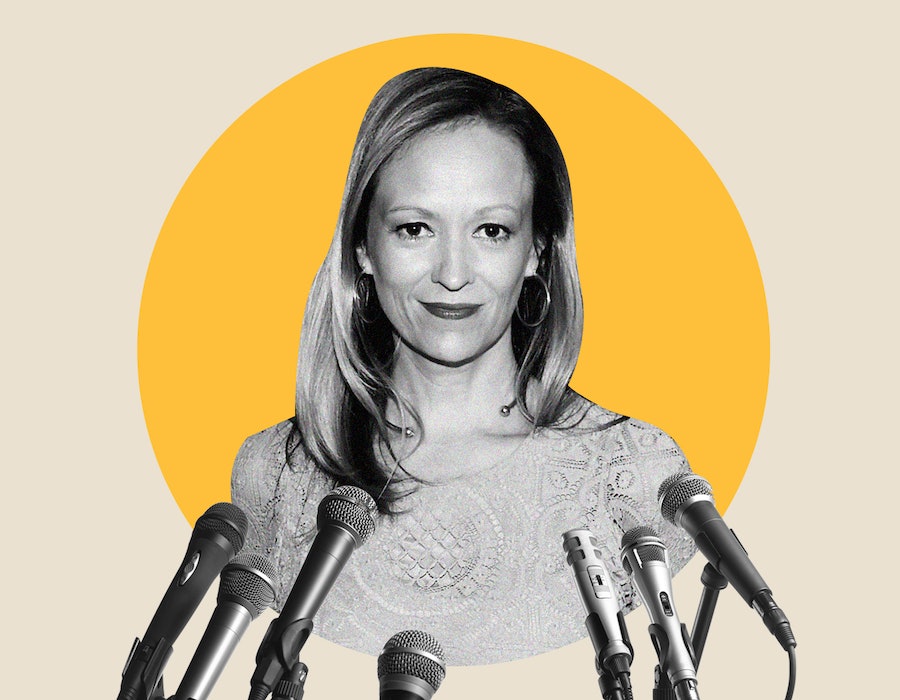 In Bustle's Quick Question, we ask women leaders all about advice — from the best guidance they've ever gotten, to what they're still figuring out. Here, Jennifer Justice tells Bustle about the importance of women knowing their worth in the workplace, the best career advice she's received, and what women should know about money.

Jennifer Justice — aka "JJ" — is no stranger to advocating for women and getting them the pay they deserve. After 11 years of negotiating the music industry's biggest deals for major artists, including Beyoncé, Mark Ronson, Outkast, and Rihanna, the music lawyer parlayed that knowledge and experience into helping JAY-Z build Roc Nation from the ground up and launch the music streaming service Tidal.

Now, Justice is the CEO and founder of The Justice Dept, a female-focused legal and advisory firm, where her mission is to help women entrepreneurs, executives, and talent make more money. "As we’re thinking about ways to better support women, there’s room to think, 'Who are we empowering on a daily basis? Where are our dollars going on a daily basis?'" Justice tells Bustle. "More money gives women more power, confidence, and choices."

Though Justice has long championed gender equality and diversity in the workforce, becoming a mom of twins is the driving force behind The Justice Dept. “I cannot leave this earth without doing all I can to ensure that my daughter has the same opportunities for success as my son," she says.

Below, Justice shares the challenges of running The Justice Dept, her advice for young women, and how to feel empowered when you're the only woman in the room.

You’re constantly giving legal advice to others, but what do you still need advice on?

JJ: Oftentimes, I find myself giving free advice to my friends, who should be clients. I'm like, "Wait a minute. Other people pay me for this, so I can't give it to you for free and then ask somebody else to pay me." At The Justice Dept, I help women make a lot more money every time I negotiate a deal for them, so I have to take my own advice. As women, it's hard to do that because you say, "Oh, you know what? I have the skill. It's fine. I can just do it." But you've got to show them and lead by example.

Tell us the greatest challenges you face handling your day-to-day duties at The Justice Dept?

JJ: I'm trying to undo hundreds of years of systemic patriarchal gender bias. If men truly thought women were equal in the workplace, we would not be paid differently. Convincing women to believe that they should speak up and demand what they deserve is difficult. I've been the only woman in the room, and you don't want to call out the fact that you're the only woman in the room, because you don't have any allies.

Many female artists who champion equality, diversity, and human rights are at law firms that are run by all white men, so you're still feeding that patriarchal system. I'm not saying you should fire them because they're men, but you can definitely question them for not trying to create more diversity at the top. When women have the same pay equity as men, then we will have equal power.

JJ: Cindy Gallop, who’s extremely outspoken about gender equality, is always like, “If you're ever feeling a lack of confidence, just think, 'What would a straight white man do?' And then do that."

JJ: When I launched The Justice Dept, I heard, "Don't just represent women." Another piece of bad advice was, "Just put your head down at work; that's what will get you noticed." Then I realized, no, that's me doing your job for you.

Think of money as something that empowers you to have the confidence to tell somebody 'F*ck you' when you're not treated right at work or in any aspect of your life.

Do you have any advice for young women to own their seat at the table?

JJ: Know that you deserve to be there — and don't be intimidated. Whatever you have to do to psych yourself up, do it. You're representing generations of women, so there’s this heightened sense of obligation, but you should also see it as your right. There’s no reason why a man sitting across from you has any more value or reason to be sitting there than you do.

What do you think women should know about money?

JJ: Money does not bring happiness, but it brings convenience and it can alleviate some stress. Think of money as something that empowers you to have the confidence to tell somebody "F*ck you" when you're not treated right at work or in any aspect of your life.