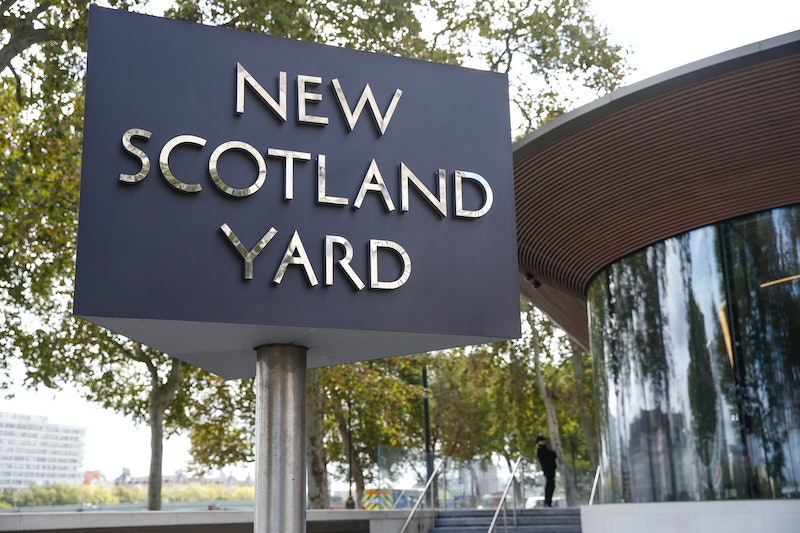 A senior Metropolitan Police officer is being investigated for the alleged sexual and physical assault of two female colleagues, the BBC and Bureau of Investigative Journalism (TBIJ) has found. The news follows a report published by the Observer on March 20 that listed nearly 600 complaints of sexual abuse against the Met Police.

The allegations against the police officer in question were made in 2017. He did not face charges or a suspension but will now take part in a misconduct hearing more than three years later. The women who made the allegations were awarded compensation but one of them told the BBC “we were just cast aside and not cared for.”

“We take all allegations of domestic abuse extremely seriously and it is right and proper that the full circumstances of this case should be considered at a hearing,” the Met said in a statement. “We continue to offer welfare support and assistance to the victims in this case.”

The first victim was a young female police officer who was in a relationship with the alleged abuser at the time. Referred to as ‘Holly’ in the report, she claimed the man assaulted her after a night out in 2013 when he “hurled her against the arm of a sofa, cracking her ribs.” Neighbours called the police, but the victim “was too afraid to report the assault,” BBC News writes.

‘Holly’ alleges she was also raped on another occasion and was told by the officer that if she reported his behaviour, she wouldn’t be believed, the Bureau of Investigative Journalism writes.

During his relationship with the second victim, ‘Kate’, the male officer is said to have thrown her against a chest of drawers and pinned her to a bed, strangling her. Over the three years that they were together, she “was also raped and assaulted.” The second victim also alleges that the man assaulted her in her car “while it was parked on police premises.”

The women were put in touch with each other by a mutual friend, and reported the officer to Essex Police for his “controlling and violent” behaviour in 2017. The officer was not arrested nor suspended and has only recently been removed from “public-facing duties”, the Met confirmed to BBC News.

When asked why the officer hadn’t been arrested when the crimes were reported, Essex Police responded that “there was no immediate safeguarding concern due to the non-recent nature of the allegations and the lack of contract between suspect and victims.” The case went to the Crown Prosecution Service, but “there was not enough evidence to take the officer to court,” per the TBIJ.

Both women were compensated in 2020 by the Criminal Injuries Compensation Authority (CICA). The authority is part of the Ministry of Justice, “but it does not need the same standard of proof as a criminal court,” BBC News writes.

More like this
Prince William Condemns “Unacceptable” Comments Made To A Black Guest At Buckingham Palace
By Shahed Ezaydi
How To Follow The New Royal Family Social Media Accounts
By Sam Ramsden
Adele’s Boyfriend Was “Livid” Over This Fan Interaction At The Singer’s Show
By Sophie McEvoy
'Waterloo Road' Is Back, With More Than A Few Familiar Faces
By Sam Ramsden and Vivian Iroanya
Get The Very Best Of Bustle/UK