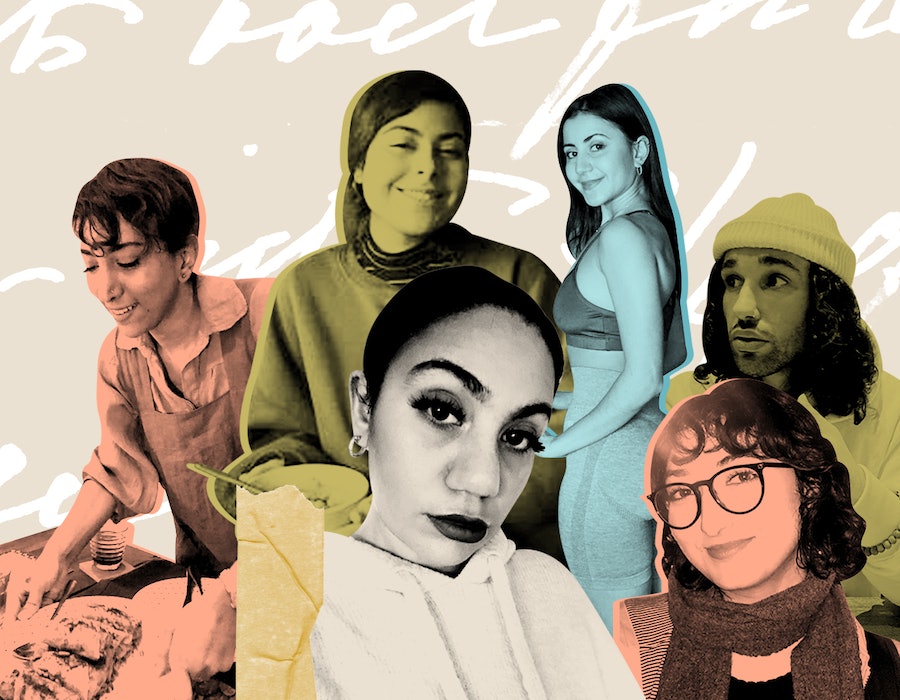 A growing number of food bloggers with roots in the Middle East are unravelling misconceptions and stigma around veganism. Middle Eastern diets across the region are typically rich in fresh vegetables and fruits, but adopting a fully vegan or plant-based diet is deemed radical and out of the ordinary for most people.

This attitude, often falsely justified by cultural factors, is passed down through generations to third-culture kids living in diaspora communities in the West. It makes it particularly difficult for people like myself who have chosen to adopt a vegan diet to live out this choice comfortably in our homes and communities.

Now, a group of Middle Eastern food bloggers are adapting traditional foods to be vegan-friendly, and advocating online and in their own communities about the personal and collective benefits of a vegan diet.

When I first transitioned to a vegan diet almost two years ago, I found the experience lonely and frustrating. As the only vegan in my traditional Iranian household, I often felt like a burden at family dinners, and quickly grew tired at the constant questioning and scolding about why I was choosing to eat this way.

This is an experience shared by many people from a similar cultural background including Mennar Saleh, the founder of of Earth Brgr — an all-vegan fast food street diner based in London.

“My mum is Syrian and my dad is Iraqi, and I knew it wasn’t going to be easy convincing my family so I eased them into it,” he told me. At the start of his vegan journey five years ago, Mennar received particular negative feedback from male family members who made comments such as “that’s not how men eat.”

“Arabs are a proud people, and the attitude is ‘we’ve been eating this way for centuries, so why change it now?'” he says.

Dinner table conversations can be particularly anxiety-inducing. Heba runs the blog and Palestinian supper club Gae's Pan. “When someone cooks for you, it is a gesture of love and care, and people perceived my rejection of meat as a rejection of their hospitality,” she told me.

“Having to explain why I don’t consume animals when sitting around the dining table made me very uncomfortable, especially because of claims that veganism is a rejection of my cultural identity. Eventually, I learned to say no to many dinner invitations,” she said.

Neither Mennar nor Heba allowed initial experiences to deter them, and went on to found their own vegan dining businesses, and are proving that you can indeed be both Arab and Vegan while honouring your roots.

For many Middle Eastern people, food is about much more than just eating. It forms the backbone of family life. Traditional recipes passed down through generations are at the centre of many religious and cultural celebrations and, in immigrant families, food is also a joyful way for those of us living far from our homelands to feel connected to our heritage.

One of the biggest challenges for Marseilles-based vegan blogger Sarah Guita was navigating traditional gathering like weddings as a vegan. “Not eating animal products when in traditional gatherings in Algeria is difficult. Most celebration dishes contain a lot of meat, such as barbecued whole lamb for example”. “That’s why I chose to learn traditional dishes and tried to veganise them, because I didn’t want two parts of my identity to be separated,” she explained.

Historically, plant based diets are not a new phenomena, even in the context of the Middle East. One of the earliest vegans was Syrian poet Abu al-Alaa al-Ma’arri over a millennium ago, and the Prophet Mohammad (PBUH) ate a largely plant based diet consisting of barley, bread, dates and legumes.

According to figures obtained by The Vegan Society, the number of vegans in the UK quadrupled between 2014 and 2019, and 2020 became the year that every one of the top UK supermarkets had their own vegan range.

Although plant based diets are slowly becoming more mainstream, the depiction of veganism is still overwhelmingly white, and white vegan activists and influencers take up disproportionate space.

One vegan food influencer with a big following is Leila Hannoun, who runs a popular Instagram page and YouTube channel “Waffles with Leila”. Known for her creative, protein-rich recipes which compliment her active lifestyle, Leila is public and proud online about her Lebanese heritage and vlogged her visit to Lebanon pre-pandemic.

Two of my biggest setbacks on the road to becoming a vegan were a lack of support from people I knew and the misconception that I would have to leave my love for Iranian food behind and only eat avocado on toast for the rest of my life.

Connecting virtually with people like Leila and Scottish-Iraqi blogger Luna Issa who embrace their backgrounds as well as make delicious, nutritious food gave me comfort to know that I wasn’t alone and that veganism could also work for me.

When I made the transition, I started posting my own vegan adaptations of traditional Iranian dishes on my Instagram page Giyah Girl (Giyah means plant in Persian). This gave me an opportunity to connect with other vegans online and archive all the delicious foods I was eating to show people when faced with the question ‘So what do you eat?!’

Luna told Bustle she also has received a wealth of support online from other vegans of Middle Eastern heritage.

“I have been shown a lot of support for the recipe-sharing which has been so lovely. I’ve had people tell me I’m the first plant-based Iraqi they’ve become aware of so it’s really cool to be able to showcase the great options that we have.”

By taking up space, these Middle Eastern bloggers are ensuring that more people see themselves represented in the mainstream vegan narrative, and encourage others from a similar background to make more compassionate food choices that will benefit animals, the environment, and the future of our plant for generations to come.

More like this
Ben & Jerry’s New Sundae Flavours Are A Chocoholic’s Dream
By Sophie McEvoy
Here’s What TikTok's "Mascara” Trend Is *Really* About
By El Hunt
What The UK Blocking Scotland’s Gender Recognition Bill Means
By Sam Ramsden
Gen Z Are Twice As Likely To Identify As Queer, According To New Data
By Sam Ramsden
Get The Very Best Of Bustle/UK
Sign up for Bustle UK's twice-weekly newsletter, featuring the latest must-watch TV, moving personal stories, and expert advice on the hottest viral buys.