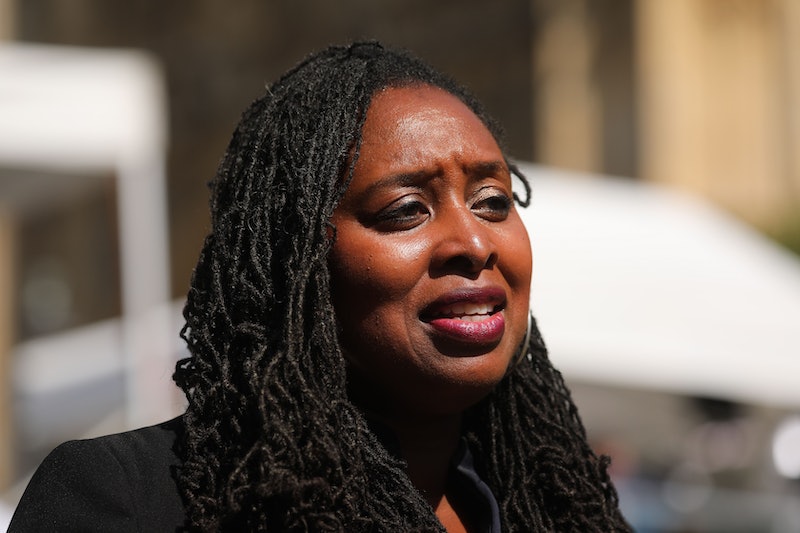 Labour MP Dawn Butler has been forced to close her office after alleged racist abuse. In an open letter to her constituents, she claimed that before closing her office she was receiving almost daily threats of violence. Police are now investigating allegations of malicious communication. Butler has been open about the racism she’s experienced during her time as an MP, but says she believes threats have escalated over the last few weeks. She says that after she spoke in support of the Black Lives Matter movement, it’s become increasingly difficult to keep herself and her staff safe in her high street constituency office in Willesden, north London.

In the letter, Butler explained that the pandemic had played a part in the closure of the office but the main reason was claims that “my staff have been attacked in the office, verbally assaulted coming and going from work, bricks have been thrown through the windows, and the frontage has been smashed. I have had to work extensively with police and security staff to simply try and create a safe working environment for my employees. Many of these incidents were not made public in order to not encourage copycat attacks.”

Butler said that she refused to be silenced by the alleged abuse, writing “I will never be threatened into silence and will continue to speak out and speak up for all of my constituents in Brent Central. The work that I do as your Member of Parliament will continue and the closure of the Willesden office will make no substantive difference to those individuals seeking my assistance.”

Instead of meeting with constituents in her office, Butler is now working in Willesden Library and Brent Civic Centre. The Labour leader, Keir Starmer has expressed his support for Butler, writing in a tweet: “the racist abuse that Dawn and her staff have suffered is appalling. Dawn’s voice is vital. The racism that our Black MPs face has no place in our society."

Over the last few months, Butler has spoken about the disproportionate effect that COVID-19 has had on Black people and voiced her support for the Black Lives Matter movement. Two weeks after the death of Floyd, Butler wrote a piece for Harper's Bazaar about her experiences of racism. In it, she explained “as a Black woman, I suffer racism on a daily basis. Sometimes it’s subtle, sometimes it isn’t. Sometimes things happen and you question yourself. It’s exhausting. You think, ‘Did that just happen because they don’t like me or did it happen because I’m Black, or did it happen because I’m a woman? Why did this situation happen?’”