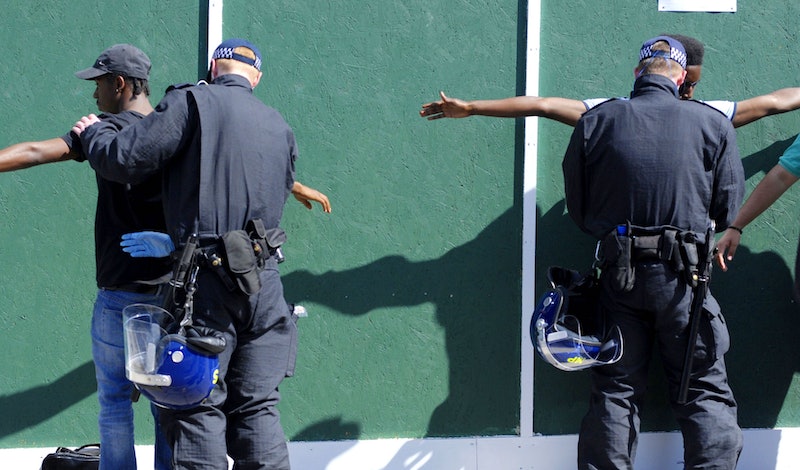 The Independent Office For Police Conduct (IPOC) has released its findings from five investigations it conducted into the stop and search of Black men by Metropolitan Police officers. In their report, the IPOC states that the Met's tactics are "undermining" the legitimacy of stop and search.

Writing about the rules around stop and search, the gov.uk website says: "The police can stop and question you at any time – they can search you depending on the situation." If officers have "reasonable grounds" to suspect you're carrying illegal substances, weapons, or stolen property, then they're permitted to search you.

The IPOC's key findings from the investigations found that the practice of stop and search was being undermined by:

In one instance, the IPOC found that two Black men had been suspected of dealing drugs after they "fist-bumped." In two investigations, "the smell of cannabis" was the sole grounds given for a stop, the IPOC states, despite this being "counter to policing practice." Another instance saw a Black man in possession of someone else’s credit card be suspected of having stolen it even after providing a credible explanation.

The IPOC found handcuffs were used in "nearly all instances," even when the use of another tactic could have de-escalated the situation.

The troubling report comes just a few days after it was revealed Black, Asian, and minority ethnic people were five times more likely to be stopped by police in the UK.

The IPOC said officers demonstrated a "lack of understanding" when it came to why their actions were deemed to be discriminatory.

The IPOC outlined eleven recommendations for the Met that would help improve their stop and search tactics, including:

“Stop and search is a necessary policing tool, but it must be used in the right circumstances and with care," said Naseem.