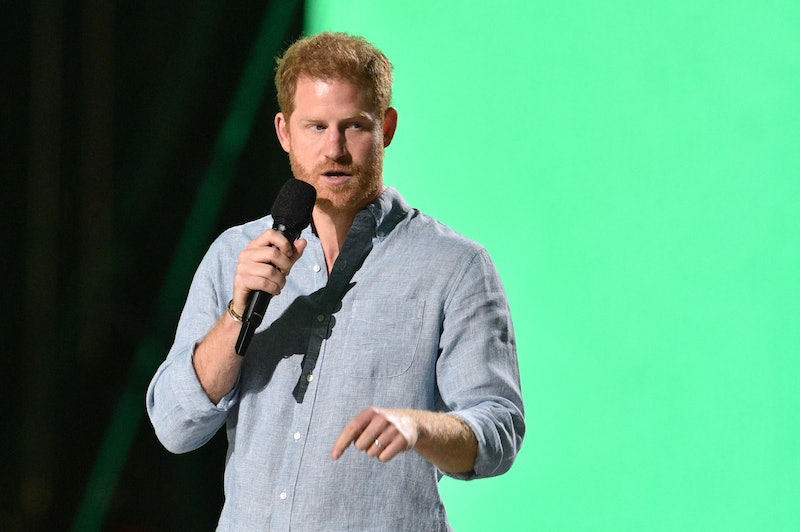 The stars were out on the GQ red carpet on Wednesday night for the magazine’s 2021 Men of the Year Awards. But despite the countless celebrities in attendance, there was one particular group who received the most attention; including praise from none other than Prince Harry himself.

However, the real stars of the evening were the team who worked tirelessly to develop the Oxford/AstraZeneca vaccine. Prince Harry took the stage (albeit over video feed) to present the the Heroes of the Year award to Professor Dame Sarah Gilbert and Dr Catherine Green, as well as the rest of their team.

“They are our nation’s pride and we are deeply indebted to their service,” the royal said. “For the rest of us, including global governments, pharmaceutical leaders and heads of business, we have to keep doing our part.”

This, he went on to explain, includes working towards vaccine equality, especially in developing countries. “Where you are born should not affect your inability to survive when the drugs and know-how exist to keep you alive and well,” the prince continued, adding that less than 2% of populations in developing countries have received one dose of the vaccine, including healthcare workers. “We cannot move forward together unless we address the imbalance as one.”

The prince’s comments echo his sentiments at the Vax Live event in Los Angeles earlier this year, where he said that the world “cannot rest or truly recover until there is fair distributions to every corner of the world.”

Harry also highlighted issues surrounding misinformation, and that this is a system “we need to break if we are to overcome” the pandemic and new variants that may continue to arise. “At the same time, families around the world are being overwhelmed by mass-scale misinformation across news and social media,” he said, “where those who peddle lies and fear are creating vaccine hesitancy, which in turn leads to divided communities and eroding trust.”

In response to the team’s win, Green expressed her gratitude for Harry and his important message. “He said all of the things we wanted to say about the necessity to get vaccines to the world for people irrespective of their ability to pay,” she said.

More like this
10 Photos Of William, Harry, & Their Cousins Honoring The Queen Together
By Stephanie Topacio Long
William & Kate Shared How Their Kids Are Doing As They Mourn The Queen
By Stephanie Topacio Long
The Royal Family Shared An Unseen Photo Of The Queen Doing What She Loved Most
By Sophie McEvoy
King Charles Ensured These Subtle Tributes Were Included In Queen Elizabeth’s Funeral Wreath
By Sophie McEvoy
Get The Very Best Of Bustle/UK