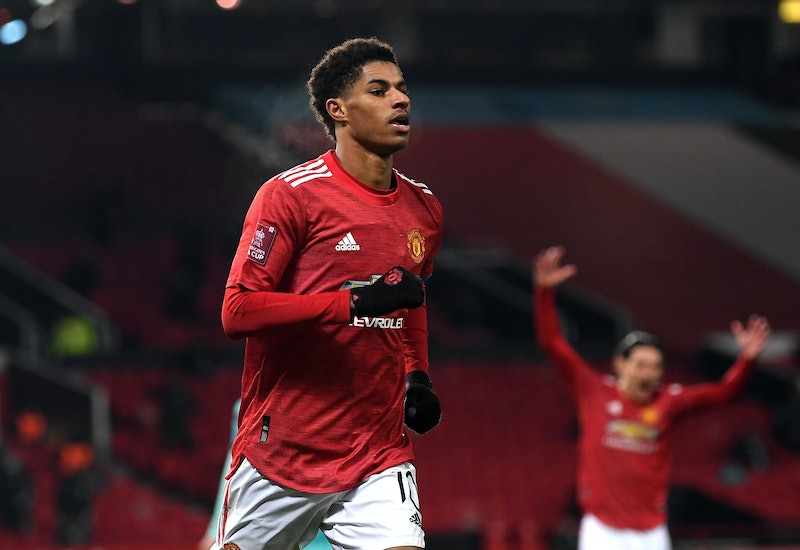 After Manchester United star Marcus Rashford became the latest Black footballer to be subjected to a spate of racist abuse this week, President of the Football Association, Prince William, has called out the "despicable" actions and says it "must stop now."

The Duke of Cambridge took to Twitter to condemn the abusive messages on social media that occurred following a match between Arsenal and Manchester United on Saturday evening ( Jan. 30).

"Racist abuse – whether on the pitch, in the stands, or on social media – is despicable and it must stop now," he wrote in a series of tweets. "We all have a responsibility to create an environment where such abuse is not tolerated, and those who choose to spread hate and division are held accountable for their actions."

William went on to say: "That responsibility extends to the platforms where so much of this activity now takes place," he added. "I commend all those players, supporters, clubs and organisations who continue to call out and condemn this abuse in the strongest terms."

Williams' comments come after Rashford revealed on Saturday (Jan. 30) that he had been subjected to a torrent of racist messages.

On Twitter, Rashford called out the racist attacks but refused to share the posts claiming it would be "irresponsible" to do so.

"Humanity and social media at its worst. Yes I’m a black man and I live every day proud that I am. No one, or no one comment, is going to make me feel any different. So sorry if you were looking for a strong reaction, you’re just simply not going to get it here," Rashford tweeted.

He went on: "I’m not sharing screenshots. It would be irresponsible to do so and as you can imagine there’s nothing original in them. I have beautiful children of all colours following me and they don’t need to read it. Beautiful colours that should only be celebrated."

Footballers Axel Tuanzebe, Anthony Martial, Romaine Sawyers were also targeted by racists this weekend, prompting the FA to say it would be working with both the government and social media platforms to attempt to stop this kind of abuse in the sport..

“We are united with all of football in our abhorrence of any racist abuse,” tweeted the FA on Jan. 30. “This is not acceptable in any part of society. We will continue to work with the rest of the game, the government and social media platforms to remove this – and all elements of – discrimination from our sport.”