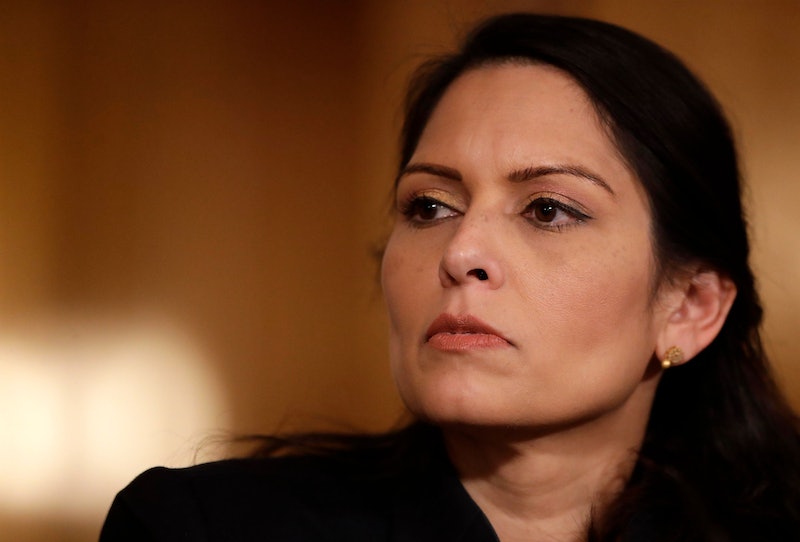 By March 2020, the UK recorded more than 35,000 asylum claims, and close to 8,000 of those people crossed the English Channel in dangerously small boats. Now the government plans to overhaul the way people apply for asylum in the UK. Home Secretary Priti Patel called the current system “fundamentally broken,” but the new measures she’s laid out have seen widespread criticism from human rights campaigners and politicians who say they “lack compassion.” So what is Priti Patel’s new asylum ruling?

For the first time, people seeking protection who have entered the UK by what has been deemed “illegal” methods — such as attempting to cross the Channel by stowing away — could be denied asylum and removed from the country. With the new measures, they will no longer have the same entitlements as those who arrive through proper channels.

“Under our New Plan for Immigration, if people arrive illegally, they will no longer have the same entitlements as those who arrive legally, and it will be harder for them to stay,” Patel said in a statement this week. “Profiteering from illegal migration to Britain will no longer be worth the risk, with new maximum life sentences for people smugglers,” she added.

It’s the biggest asylum shakeup the country has seen “in decades,” Patel says, and the tough new measures could also prevent people from using EU countries, such as France, as a “springboard to get to the UK.”

“These are not war zones. They are safe countries,” said Patel to BBC Radio 4’s Today Programme on March 24, as she urged other countries to “step up.”

Under the plans, Priti Patel says there will be “safe and legal routes” to protection.

Despite government claims that the new measures would help crackdown on criminal gangs, politicians and human rights campaigners say this would not help the smuggling issue.

The Labour party has described the proposed policy as “inhumane” and British Red Cross chief executive Mike Adamson made similar comments to Patel on the Today Programme.

For iNews, Marvin Rees, Mayor of Bristol, wrote “The Government’s proposals seek to make a clear distinction between ‘worthy’ refugees who arrive via official resettlement routes, and ‘unworthy’ asylum seekers who ask for protection from here in the UK.”

Tim Naor Hilton from Refugee Action said, via BBC News, that the proposals are “a wrecking ball” to the right to claim asylum in the UK.

“They represent the biggest attack on the right to claim asylum that we have ever seen and will close the door to desperate people who arrive in the UK to seek safety," he said. “The asylum system needs reform, but these are hard-hearted and cruel proposals. There is nothing 'fair' about them.”

Human rights lawyers have warned the plans are unlawful as they ignore Britain's international obligations under the Refugee Convention.

Meanwhile, Priti Patel stated that she makes “no apology” for the Immigration Plans.

“What is inhumane is allowing people to be smuggled through illegal migration” she said, citing the fact that “people are being found dead in the back of lorries and drowning in the channel.”

Laying out her plan to MPs, she said “If you illegally enter the UK via a safe country in which you could have claimed asylum, you are not seeking refuge from imminent peril, as is the intended purpose of the asylum system, but are picking the UK as a preferred destination over others.”

Earlier this week, Prime Minister Boris Johnson said the objective of the new plans was “a humanitarian one and a humane one” adding that it is intended “to stop the abuse of these people by a bunch of traffickers and gangsters.”

As it currently stands, to be eligible for asylum, the person must have left their country or be unable to return for of fear of persecution.