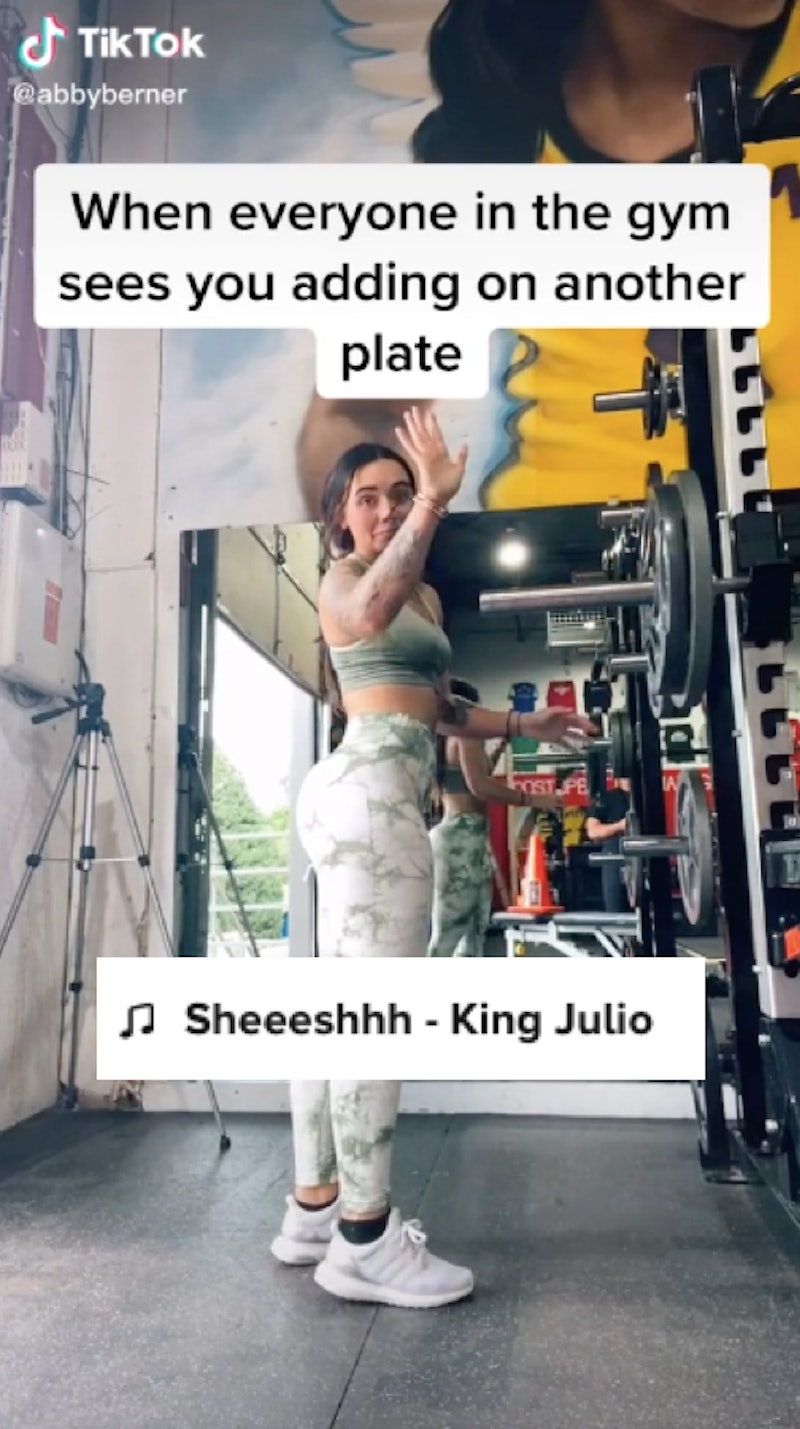 They’re all over your TikTok feed: short clips of food, sports, makeovers, and even confessions — all overlaid with loud, high-pitched choruses of “sheeeeeeesh.”

You’ve heard people say “sheesh” before — according to Merriam Webster, the word has been in use since the 1900s to “express disappointment, annoyance, or surprise” — but on TikTok, “sheesh” signifies everything from bragging, to cringe, to excitement.

The meaning of “sheesh” has shifted in the age of social media. In Young Thug’s 2015 song “Check,” he repeats the word in the line, “I got a check (sheesh, sheesh)” to emphasize how much cash he’s raking in. Similarly, LeBron James has used "sheesh" on social media to convey approval: in 2019, he paired the phrase with a slew of fire emojis in a retweet of pictures of his signature Nike sneakers being used on the court.

But in 2021, the word “sheesh” is everywhere — specifically, said shrilly and repetitively, with an emphasis on the vowels. The original “sheeeeeeesh” sound first began to circulate on TikTok in February, when user @meetjulio posted a video of a frog being serenaded by a chorus of sheeshes on Valentine’s Day. (Yeah, IDK either.) Since then, over 100,000 videos have used the original audio to make “sheesh” TikToks, and Gen Zers have even migrated the expression to real life. One glance at TikToks with the “sheeeeeeesh” sound — featuring plenty of irony-inflected humblebrags — makes it obvious that the new meaning of “sheesh” doesn’t entirely align with Merriam Webster’s definition.

“In some contexts, it can mean something like ‘dang, you look good’ or ‘OK, I see you’ when someone does something impressive,” Anita, 18, tells Bustle. After Anita first noticed the “sheesh” audio popping up everywhere during her hours spent scrolling through TikTok, she soon began to overhear it in real life, too — most commonly by middle or high schoolers when they flex their skills in a video game or gossip about girls they’re interested in. Sofia, 18, points out that younger Gen Zers tend to use “sheesh” as a more serious attempt at humor or flirting, while older Gen Zers frequently use it in more mocking, lighthearted contexts.

“When I hear guys use it in public, it usually has to do with a girl,” Sofia tells Bustle. “Sometimes it can be used as catcalling.” She and her friends like to use “sheesh” as a joke, often to emphasize something strange or revealing that happens in a TV show (choruses of "sheesh" filled the room when they watched Hotchner's ex-wife get murdered in Criminal Minds, for examples). They might use it to make fun of middle school boys, too.

Similarly, Anita sees most older Gen Zers use “sheesh” ironically. “Sometimes people use it when someone does something clumsy or stupid,” she says. “If someone trips and falls, then their friends might say it to make fun of the situation.”

You might also just hear it out in the real world for no reason at all. “[One of my friends] went on a hike where it was kinda crowded, and he just said ‘sheesh’ randomly very often,” Anita tells Bustle. “Other people would yell ‘sheesh’ back.” Why? Consider it bonding over the viral trend.

Even though the word is clearly popular, a shared sentiment among Gen Zers is that it’s cringey for millennials to say “sheesh,” especially unironically. “If I heard a millennial say ‘sheesh’ in real life, I’d be like, ‘what are you doing?’” says Anita. “I think it could be funny if Gen Xers were to say it, though.” Sofia’s favorite type of “sheesh” TikTok involves kids asking their confused parents and grandparents to say “sheesh” — because they have no idea what it means, Gen Zers laugh together about how silly older members of their families sound. Consider it an extremely harmless prank.

TL;DR? “Sheesh” is usually used to fool around or emphasize whatever’s funny about a situation. Different people will use it in slightly different ways, but one thing remains consistent — there’s something about the high-pitched squeal of “sheeeeeeesh” that’s just hilarious.