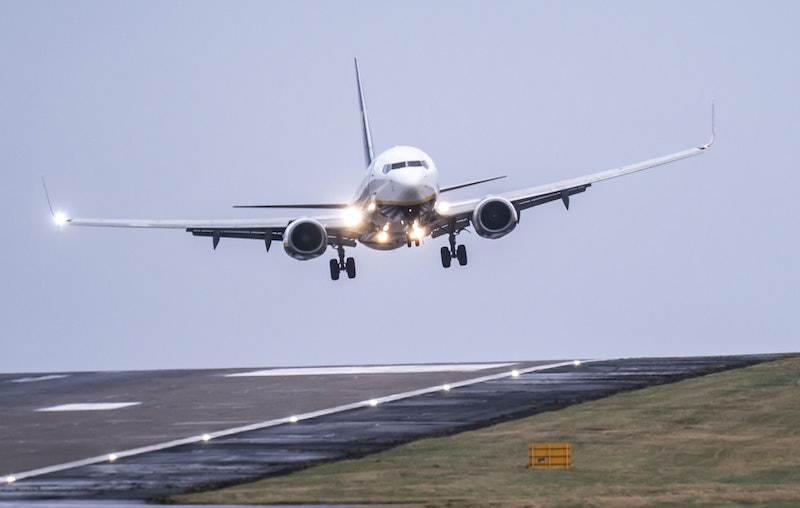 As millions are told to stay put at home due to Storm Eunice battering the UK, the internet is having a pretty wild day, too. While the dark and stormy weather conditions are typically not thought of as a laughing matter, the internet has, of course, erupted with humorous memes and tweets. And we must admit, we’re grateful to have had these reactions to lighten up the mood on an otherwise gloomy day.

Reported as “one of the worst storms in decades,” according to the BBC, thousands of people are feeling its impact. The less-than-friendly Eunice has led to power cuts and home damages across the country, with hundreds of schools closed in locations including Devon, Bristol, and Somerset. A red weather warning declared by the Met Office — meaning a danger of life — covers the capital city, London, as well as other southern and eastern parts of the country. Since the system's introduction in 2008, this is the first red warning for either London or southeast England.

As others shelter from flying debris, falling trees, and gusts of 122mph (yep, you read that right), many are advised to follow the latest travel advice, and avoid any trips. Some travellers are affected by delays and cancellations of flights, trains, and the closure of major bridges.

But the latest internet trend keeping us all entertained right now is Big Jet TV. Hosted by Jerry Dyer, the YouTube Channel has proved to be the go-to place to watch planes vigorously attempting to land at London’s Heathrow Airport whilst Storm Eunice rages on, with excellent commentary from Dyer, of course. The channel has already hit a massive 200,000 viewers and has maintained a steady viewership throughout the day. Talk about finding a place to rest in the eye of the storm.

Meanwhile, see below for some of the best memes and tweets in reaction to Storm Eunice. Taking to Twitter, one Jerry Dyer fan quipped: “Just wanna be in the pub, big screen on, watching Big Jet TV with some pints.” It’s not much to ask for, right? Another Twitter user quipped: “Storm Eunice did not come to play. Why did the Uber I’m in almost take off into the air? It’s giving Chitty Chitty Bang Bang.” Our conclusion? If you can stay home today, you probably should. And if you’re looking for something to keep you entertained, you can always join the masses and watch Big Jet TV.