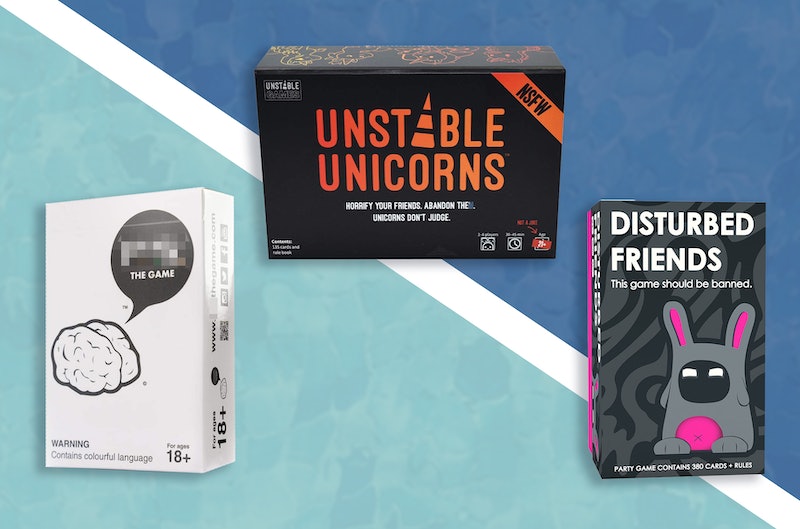 Gone are the days of family-friendly rounds of UNO, where your only backlash against a skip card was playing a wild plus four and changing the color to yellow. Now the game aisle is filled with the best card games for adults to play over a glass — or three — of Pinot Grigio.

Cards Against Humanity sparked the revolution in cruder, slightly offensive, and NSFW games when it hit the market in 2011. Naturally, the adult version of Apples to Apples quickly became a best-seller as a game both college students and their parents would enjoy playing — although not necessarily together in one room. As a result, the offerings of obscene, and typically rude, card games on the market continued to expand.

Now, the marketplace is flooded with adult card games, and choosing between them is actually a difficult feat. With themes ranging from irreverent comics to memes, there are a plethora of (at times) inappropriate card games designed to meet every friend group's interest. Thankfully, Amazon reviewers leave tons of feedback on their purchases to give an indication of which games will keep you laughing all night and which games you'll never want to play again.

This article was originally published on Feb. 8, 2018