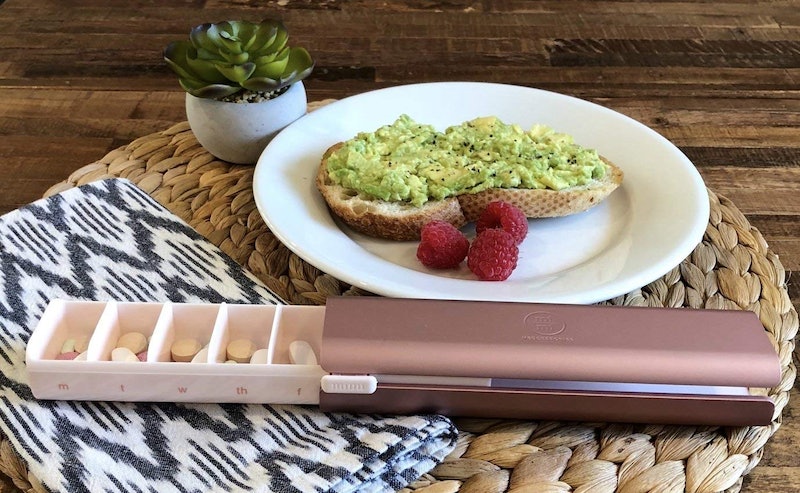 A medication schedule isn’t always easy to follow. But whether you're treating a chronic condition, taking a daily vitamin, or caring for a loved one, the best pill organizers offer a simple way to stay on top of every dose. Healthcare routines (and health products) are deeply personal, so choosing the ideal pill organizer for your lifestyle will be highly dependent on your individual needs. Before you make a purchase, it’s worth taking some time to think about how you’ll be using your pill organizer and using this to decide on your ideal size, shape, configuration, and any extra features you might need.

Here are some things to consider:

Now that you’ve thought about what you need, take a look at the picks below. Each has been labeled to indicate a suggested use case or noteworthy feature, but if a pick doesn’t seem quite right for you, keep scrolling to see if the same product is available in a different size or configuration. And don’t worry — even if you’re not sure how to streamline your healthcare routine, a well-designed pill container is a great place to start getting organized.

More like this
The 3 Best Heated Steering Wheel Covers
By Margeaux Baulch Klein
The 8 Best Crystals For Meditation, According To A Healing Energy Practitioner & Meditation Teacher
By Lauren Moison
The 5 Best Insoles For Overpronation & Flat Feet, According To Experts
By Jenny White
The 7 Best Noncomedogenic Shampoos, According To A Derm
By Lauren Moison
Get Even More From Bustle — Sign Up For The Newsletter
From hair trends to relationship advice, our daily newsletter has everything you need to sound like a person who’s on TikTok, even if you aren’t.

This article was originally published on Oct. 11, 2019