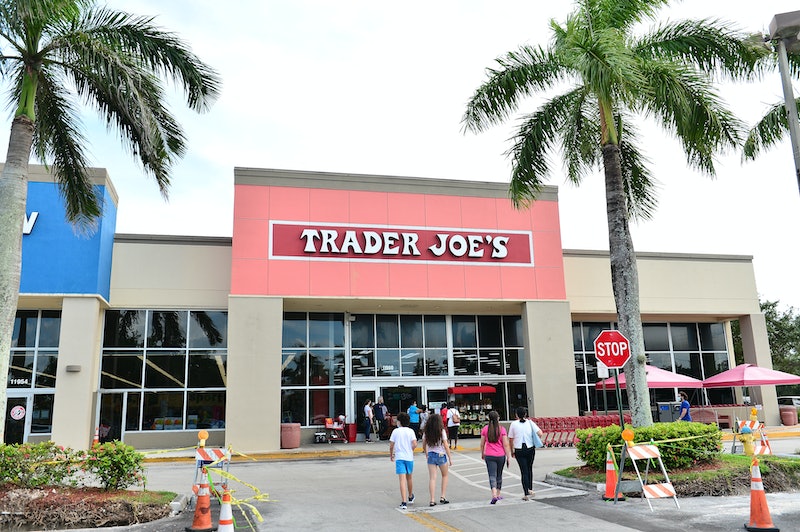 The recent increased visibility of the Black Lives Matter movement has caused many companies to take a closer look at their own history of racism — racial stereotypes in their names, packaging, and logos. Aunt Jemima has decided to change its name and image, Cream of Wheat cereal announced plans to follow suit, and so has Mrs. Butterworth's. And now, Trader Joe's is doing the same by removing products that were named using racial stereotypes, according to ABC News.

All of these companies decided to take a second look at their products and marketing following criticism from the general public. Trader Joe's was specifically scrutinized for using racist brand names, including Trader Ming's (for Chinese food products), Trader José's (for Mexican-style products), and Trader Giotto (for Italian products).

Most of the pushback on the products came via a Change.org petition that garnered over 3,000 signatures in the course of two weeks.

"The Trader Joe’s branding is racist because it exoticizes other cultures — it presents 'Joe' as the default 'normal' and the other characters falling outside of it — they are 'Arabian Joe,' 'Trader José,' and 'Trader Joe San,'" the petition reads.

The petition also touches upon the fact that Trader Joe's original name came from the founder's interest in the book, White Shadows in the South Seas, which highlights the enslavement of South Pacific peoples in the 19th and 20th centuries by traders. This story is highlighted in the company's About section of their website.

This isn't the first time the grocery store chain has received backlash around racial insensitivity. In June, multiple Trader Joe's employees came forth with complaints about the company's policy that doesn't allow for Black Lives Matter apparel including t-shirts, masks, and pins. These complaints came after the company released an announcement on June 6, showing solidarity with Black crew members and communities.

One of Trader Joe's stores in Capitol Hill was also allegedly shut down after employees took part in a BLM protest.

Following announcements like the one from Trader Joe's and Aunt Jemima, many people took to Twitter to explain that they thought the world was missing the mark when it came to what the BLM movement was really about. Tweets reaffirmed that Black communities were not getting the things they were asking for, including the end to policy brutality and racism.

A spokesperson from Trader Joe's told The New York Times that plans to remove and rebrand the brands in question had already been in works for years prior to the petition.