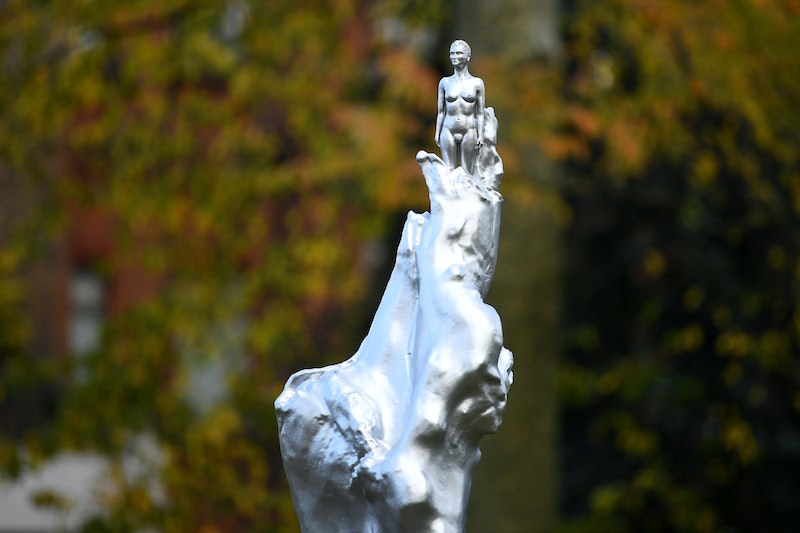 It’s safe to say when the memorial for women’s rights activist and writer Mary Wollstonecraft was unveiled in London’s Newington Green on Nov. 10 there was a considerable backlash. The contemporary silver statue, designed to celebrate the 18th-century "mother of feminism," depicts a woman completely stark naked and Twitter has had a lot to say about it.

Following a decade of fundraising, the £143,300 statue was crafted by artist Maggi Hambling who wanted to portray “every woman”. Hambling has defended her work claiming critics “missed the point” adding that Wollstonecraft’s tribute had to be nude because "clothes would have restricted her.” And yet, critics still don’t quite get it, with some protestors even covering the statue up in a t-shirt. While nudity and art are very common, people were quick to point out that male figureheads aren’t typically immortalised butt naked. Feminist writer Caitlin Moran has been very vocal online and has encouraged people to share their favourite statues of revolutionary women that aren’t in the buff.

Mary Wollstonecraft's statue has sparked a pretty intense debate on social media between the pro nudity vs no nudity camps (which some say she may have liked). Here's how Twitter has responded:

I can't unsee this now