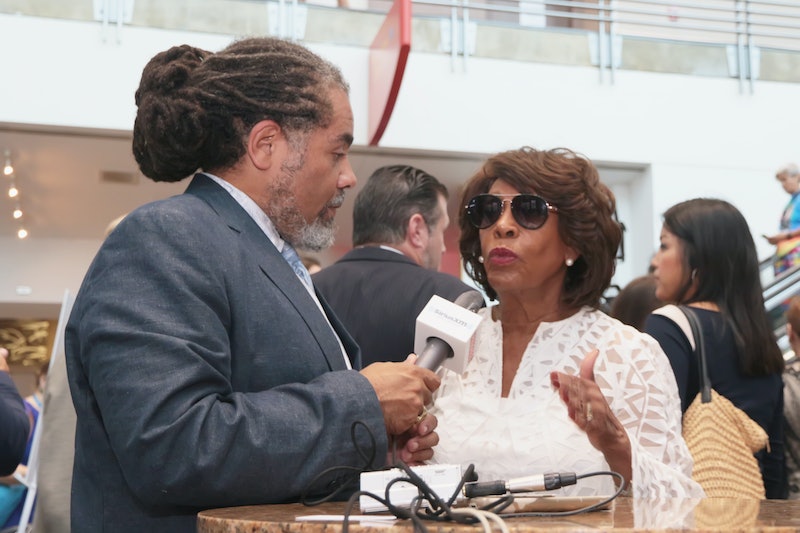 You may remember hearing about Equal Pay Day back in March, but that's not the whole picture. August 3, 2021, marks Black Women’s Equal Pay Day, and there are a lot of wage-gap statistics you need to know on this day — which highlights the amount of time Black women need to work to earn the same wages as their white male counterparts — include the troubling fact that Black women workers are paid only 68 cents on the dollar relative to white non-Hispanic men, even after controlling for education, years of experience, and location, according to the Economic Policy Institute. And, Black women must work four months longer than white women to earn the same wage. This is not equality.

"Pay inequity directly touches the lives of Black women in at least three distinct ways," Valerie Wilson, Janelle Jones, Kayla Blado, and Elise Gould reported on the EPI blog. "Since few Black women are among the top five percent of earners in this country, they have experienced the relatively slow wage growth that characterizes growing class inequality along with the vast majority of other Americans. But in addition to this class inequality, they also experience lower pay due to gender and race bias."

Sophia A. Nelson reported for the Huffington Post that white, male dominance in most high-powered career fields feeds into the #BlackWomenAtWork narrative that went viral in Mar. 2017 when Bill O'Reilly dismissed Congresswoman Maxine Waters' perspective on President Trump during an appearance on Fox & Friends, stating he "didn't hear a word" she said because of what he referred to as her "James Brown Wig."

"It shows that old stereotypes and notions about women in general and Black women specifically still hurt us in the workplace," Nelson wrote. "Men still make the rules, and wield decision making power. Until that changes, progress for white women will be slower, and for women of color it will be painfully slow at best."

Additionally, the EPI reported that "regardless of their connection to the labor market, their level of educational attainment, or their occupation, they are paid less than their white male counterparts. The ongoing gender and racial discrimination faced by Black women means that seven months into 2017, Black women finally have equal pay with what white men earned last year." The wage gap is not an alternative fact.

And, on that note, here are the wage-gap statistics you need to know on Black Women’s Equal Pay Day, because the playing field is far from even.

The EPI reported in 2019 that even though white women have increased their hours the most between 1979 and 2016, Black women were already working more in prior years.

“It is important to note that one reason for the smaller increase in average annual hours among Black women is that they were already working more hours per year relative to white and Hispanic women. But as we will later show, Black women also lose more hours when the economy slows down.”

The EPI reported that an increase in the numbers of hours worked in response to slow wage growth has largely been among women, and is even higher for Black women.

One myth about Black women at work, and women in general, is that they choose lower-paying careers. In fact, according to the EPI, Black women are often subjected to occupational segregation, and are pushed into jobs mostly populated by other Black women.

Additional, the EPI reported that Black women earn less in every type of job. "While white male physicians and surgeons earn, on average, $18 per hour more than Black women doing the same job, the gap for retail salespersons is also shocking, at more than $9 an hour."

There is another myth that is often perpetuated that women could breakthrough the glass ceiling is they had more education. The EPI reported that two-thirds of Black women in the workforce have some postsecondary education, 29.4 percent have a bachelor’s degree or higher. However, Black women are still paid less than white men at every level of education.

"As Black women increase their educational attainment, their pay gap with white men continues to grow," the EPI noted. "The largest gap, of nearly $17 an hour, occurs for workers with more than a college degree. But even Black women with an advanced degree earn less, slightly more than $7 an hour less, than white men who only have a bachelor’s degree."

And, Black women are now the most educated group of people in America, Upworthy reported. So, clearly, it's not lack of education that is driving the inequality. It's racism. It's sexism.

Famous Black Women Are Affected By Pay Inequality, Too

Back in 2016, on Black Women's Equal Pay Day, Fusion put some anecdotal information together, from a non-scientific roundup, that clearly shows how much more white men are valued in society than Black women. If Oprah Winfrey were a man, she'd a billion dollars richer, Collier Meyerson wrote for Fusion. Unfortunately, in this modern day, not much has changed (other than Beyoncé’s net worth, which is now $420 million).

However, back in 2016, if Beyoncé were a man, her net worth would have increased from $2.65 million to $420.6 million. "That’s more than Mick Jagger, who has been doing this for decades longer than Bey, and is worth a mere $336 million," Meyerson wrote.

If you want more information, this tweet from Muffet McGraw puts Black Women's Equal Pay Day into perspective: The average white American man could work eight months less and still be paid the same as a Black woman.

And, that fact is nothing short of disgraceful.

This article was originally published on July 30, 2017