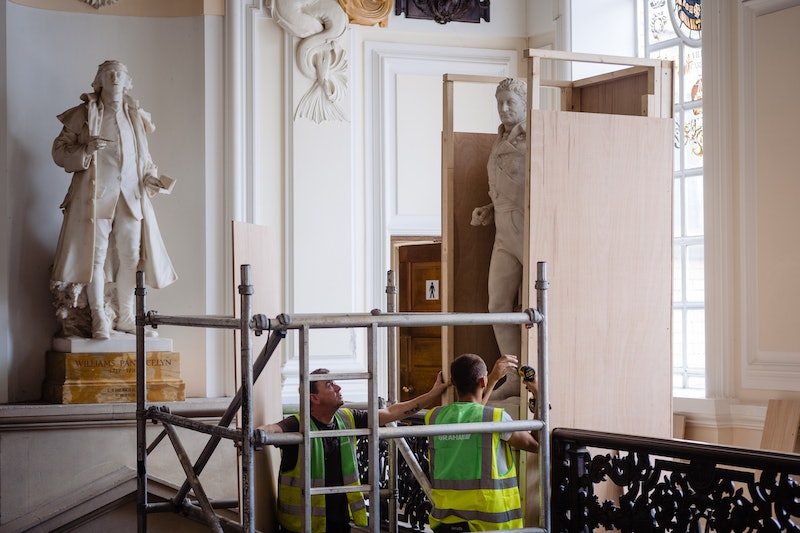 More than 200 memorials in Wales have been found to be connected to the Transatlantic slave trade. An audit commissioned by the First Minister of Wales, Mark Drakeford, was prompted by the global Black Lives Matter protests earlier this year, and found that 209 commemorations across Wales honour people directly involved with the slave trade or who opposed its abolition, the BBC reports.

The 209 identified memorials include 13 monuments, buildings or street names honouring people who took part in the Transatlantic slave trade, and, as per the Guardian, that group of commemorated individuals includes Elizabethan explorer Sir Francis Drake, Robert Clive, the first British governor of Bengal, among others.

Elsewhere, the audit also uncovered 56 commemorated people who had owned or directly benefited from plantations or mines worked by enslaved people, 120 honoured individuals who opposed abolition of the slave trade or slavery, and 20 recognised figures who had been accused of crimes against Black people. The report concluded that slavery and colonial exploitation was “embedded in the nation’s economy and society," and noted that many of those honoured "appear to be presented solely as heroes or role models."

Commenting on the audit, Mr Drakeford explained how the intentions behind it are to help "establish an honest picture of our history".

"While the tragic killing of George Floyd happened almost 4,000 miles away, it sparked global action that shone a light on racial inequality in society today." He continued: "That inequality exists in Welsh society too and we must work towards a Wales which is more equal. This audit provides important evidence which helps us establish an honest picture of our history."

Mr Drakeford also confirmed the review was the "first stage of a much bigger piece of work" to "consider how we move forward with this information as we seek to honour and celebrate our diverse communities."

Speaking to Claire Summers on BBC Radio Wales, the woman at the helm of the audit, Gaynor Legall, explained what she hopes the report's findings will achieve.

"We would like to see some more commemorations of people of colour." She added: "We would like to see that this work is carried on, and perhaps incorporated into the new work around the curriculum, so that people in Wales — children, young people in particular — can have a true picture of where its economy grew from."