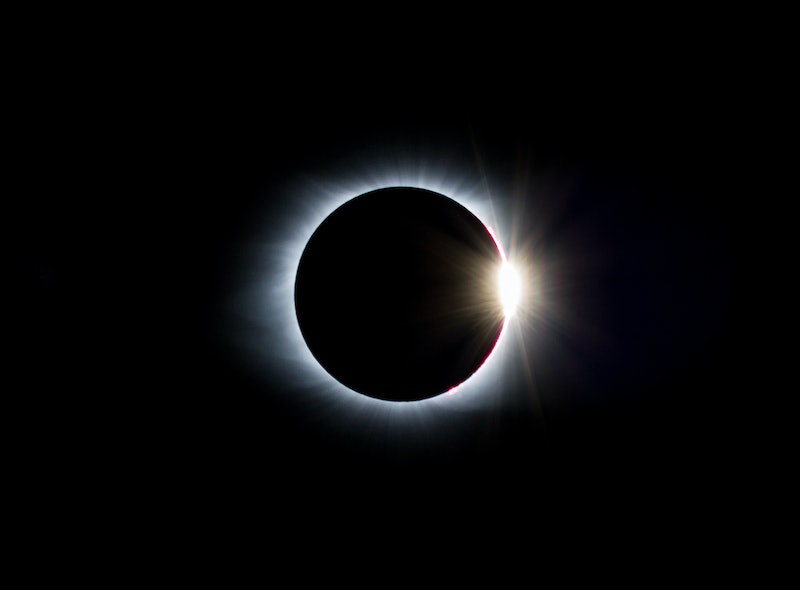 On Dec. 4 2021, the first total solar eclipse of the year will occur, and astronomy enthusiasts may be wondering where they can watch the phenomenon from. Here’s what you need to know if that’s you.

Let’s cover the basics first. A total eclipse happens when both the sun and moon are in line with Earth, which causes a ‘ring of fire’ appearance, rather than a crescent, which occurs during a partial eclipse. A total eclipse usually can be seen around every 18 months, but only for a few minutes at a time.

This one, happening on Dec. 4, will sadly only be available to view from Antartica, meaning UK dwellers hoping to check it out will be sorely disappointed if they’re hoping to spot it in the sky.

In fact, most people on Earth will not have the chance to see it in any way, apart from those in parts of Saint Helena, Namibia, Lesotho, South Africa, South Georgia and Sandwich Islands, Crozet Islands, Falkland Islands, Chile, New Zealand, and Australia, according to NASA.

However, there’s good news if you’re super keen; there will be a live stream you can check into that will be playing from Antartica. It will be available on YouTube as well as at nasa.gov/live. You’ll want to log on around 5.30am (early risers, this is your time) as the eclipse will apparently begin at 5.29 GMT. The last chance to possibly see it is 9.37am GMT.

If you’re wondering when you’ll next be able to see a total solar eclipse from the UK in real time, you may want to hunker down, as according to Science Focus, this will not happen until Sept. 23, 2090.