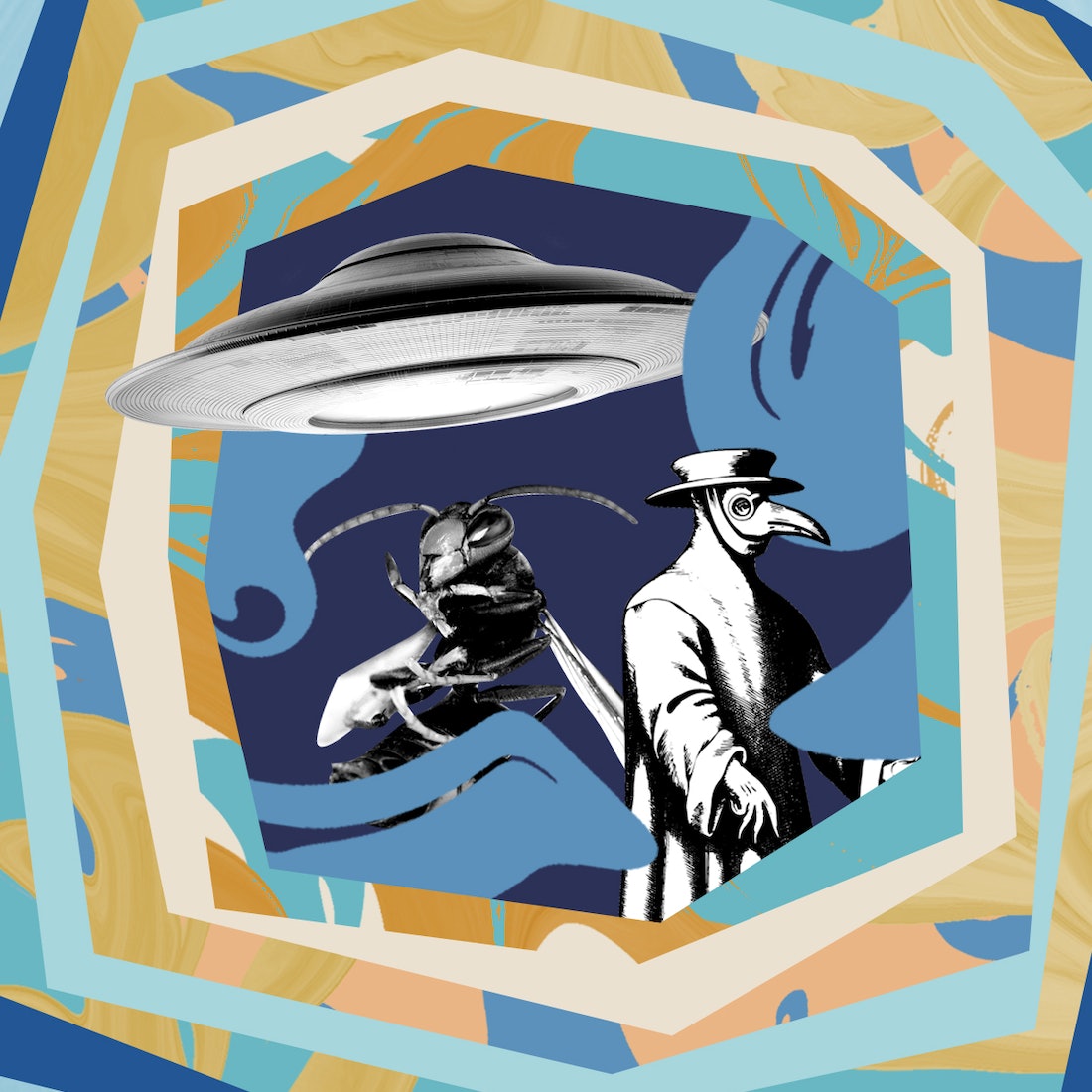 A few years ago, Erykah Badu lamented to Pitchfork that she had not been beamed up in a spaceship. “I have not had any close encounters, and I am pissed,” she said in the interview, published in early 2018, and everything that followed I felt on board with because it was exactly how I felt about dating: “I'm trying to figure out what makes me not good enough for aliens. I definitely don't think it's anything negative about me, because I'm doing everything that you would possibly do to get abducted. I read all the shit. I stay out late by myself.” I found hope in the fact that it was still far more likely to find someone who could simultaneously love me, jalapeno chips, and one aggressively skeptical Havanese than it was for the High Priestess of '90s teen angst to get the alien encounter she hoped for. How I miss back then. It was a simpler time.

In April 2020, the Pentagon confirmed that U.F.O.s were real, releasing, for the first time, footage captured by Navy pilots of mysterious objects that “seemed to defy the laws of physics.” The video release was followed up in June by the government’s admission that they really did have an Independence Day-style secret intelligence program investigating aliens for more than a decade. And meanwhile, meeting someone new became as distant and improbable as intergalactic contact.

Indeed, we are at the end of a year in which aliens are the least of our worries. I say “are” instead of “were” because 2020 isn’t done with us. We’ve just hit the point in the 2020 Hunger Games hunt where we get to rest while the Capitol broadcasts all the fallen heroes of the long day’s battle: Goodbye, our 2019 resolutions to drink less and work out more; goodbye, sanity and on-time rent payments. Hello, incoming swarm of killer bees. Because, yes, the murder hornet's invasion of the Pacific Northwest was also this year, competing for our attention among other signs the simulation was broken, that 2020 was in fact hijacked by an 12-year-old’s science fan fiction account.

In my 12-year-old self’s short stories, the aliens looked like guinea pigs. I couldn’t have predicted that when the aliens finally arrived, they’d be even smaller. Microscopic. Like the bubonic plague that one squirrel in Colorado tested positive for, or the ebola virus, which came back like a true diva, late to the party, not be upstaged by the upstart coronavirus — showing up late, and better dressed, to the party — like the new girlfriend of an emotionally unavailable crush.

Has every year been like this? I asked myself scrolling through my phone in the dark as 13 hurricanes hit the Atlantic; an earthquake swarm hit Puerto Rico; wildfires ravaged Australia, the Amazon, and America’s West Coast; and a literal Biblical plague locusts invaded the Horn of Africa, Southwest Asia, and the Middle East.

Of course not! This is as bad as it gets! answered the Meerut monkey, as he attacked a medical worker in Uttar Pradesh and escaped the government hospital lab with vials of COVID-19 blood samples. Didn’t you watch Contagion? Yes, I did watch Contagion — several times. As well as Close Encounters of the Third Kind. As well as Sharknado, Jaws, and The Day After Tomorrow. And, most recently, 28 Days Later, World War Z, #Alive… hell, even Planet of the Apes. My 2020 mantra remains: Watch movies. Be prepared.

But, as in every rom-com/horror/action movie, 2020 had its heroes. There is still Dippin' Dots, the ice cream of the future, coming in for the win, fielding requests from vaccine distributors about their knowledge of cold-storage freezers. There is still Dolly Parton, who is so much of a superhero she released an album of Christmas bops and donated a million dollars to Moderna's COVID vaccine without even knowing it. There is still Dionne Warwick, the new CEO of social media, who “Twote” her way to the top of Twitter, demanding answers to the year’s burning questions like: "How do you win Animal Crossing?" and "Why is The Weeknd missing an E?" with the incisive accuracy of the now-defunct Psychic Friends Network Warwick repped in the '90s, which I’m crossing my fingers that she’ll bring back because, let’s face it, we sure as sh*t can’t leave 2021 up to chance — no matter how much The Rapper and The Warwick tease us with a possible duet.